Archive for the ‘People’ Category

Solemn OPEN HOUSE Event at the Old Nogi Residence (next to the Nogi shrine in Tokyo) Every Year on September 12th and 13th- the Anniversary of the General`s ( and his wife`s) Ritual Suicide (s) 3 September, 2020 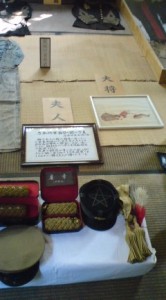 When it was announced that the Meiji Emperor had fallen ill on July 20th 1912, all Japan was thrown into a state of deep concern and self-restraint. By that I mean that all festivities were called off, out of respect for the Emperor’s condition. Many refrained from any sort of entertainment or pleasure. Some even abstained from taking alcohol or meat. When the sovereign died on July 29th, this somber mood turned into one of disbelief, deep grief – and even hysteria (the house of the doctor treating His Majesty was attacked). 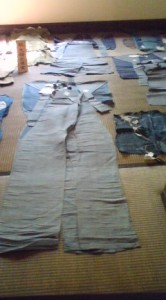 It took more than a month for the actual funeral to get underway (because of the elaborate preparations and also to give foreign dignitaries time to arrive). The grave itself was not to be in Tokyo but in Fushimi, Kyoto. As temple bells tolled throughout the country to mark the departure of the funeral procession which would take the Emperor’s remains out of the capital, General Maresuke Nogi, one of the great figures of the Meiji Period, and his wife Shizuko, committed ritual suicide. First, the General assisted his wife in stabbing herself neck, and he then proceeded to cut open his belly with three slashes. 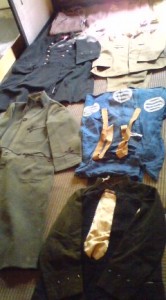 Yes. In Japan, MERE MORTALS can be enshrined and turned into Gods. Over the centuries, most of those deified were great national heroes, though some were feared enemies whose spirits had to be appeased and placated (like our local rebel leader Taira no Masakado, enshrined at the Kokuo Jinja in Bando City and at Tokyo’s famous Kanda Myojin). Of course, General Nogi and his wife are to be classified in the former category. The General played a major role in Japan’s rise from hermit kingdom to regional superpower – with his greatest claim to fame being the capture of Port Arthur during the Russo-Japanese war. This led to international superstardom for him. When he toured Europe in 1911, he was given spirited welcomes wherever he went. I have heard that in Turkey, as well as Romania, the crowds went wild when they saw him. 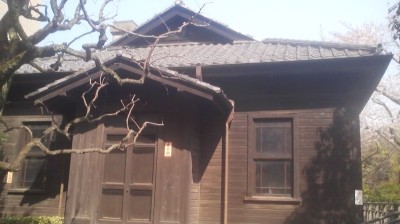 General Nogi’s military successes, and in fact his career in general, were stained by some severe dark spots. Early on, in the battles between the new Imperial forces and the old Shogunate (1877), Nogi lost his regimental flag, a disgrace which always hung like a dark cloud over him. And even his moment of greatest triumph, the Russo-Japanese War of 1904-5, is marred by the fact that Japan lost 60,000 troops in the effort to take Port-Arthur alone. The Nogis’ two sons (their only children) were among the dead. This astounding loss of life was a great weight on his conscience and apparently he dreaded returning to Japan to all the pomp and celebration waiting for him. 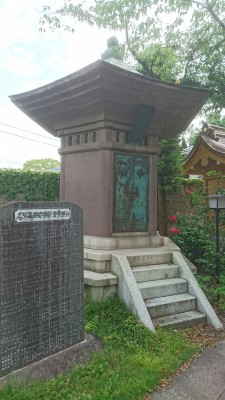 Tsukubans might be interested in the fact that the partial remains of General Nogi`s mother Toshiko Hasegawa are interred in a small mausoleum at the To-ko-ji Temple (of the Soto sect) in Tsuchiura – a ten minute drive from Tsukuba Center. Up to the end of the Second World War this “Mother of the War Deity” was held up as a paragon of good child-rearing skills, having raised under conditions of great hardship the future General. The daughter of an ASHIGARU retainer of the Tsuchiya Clan (of Tsuchiura), Toshiko was born in Kanda, in Edo, at on of the clan’s manor-houses in the Shogun’s capital. It is very likely that she never visited Tsuchiura, but this temple (To-ko-ji) was her family temple and in 1938 one of its priests went to Taiwan to bring back some of her remains to be placed in this mausoleum. Her father’s (Nogi’s grandfather’s) grave is also at the temple.

After having gone through the motions of the victory parade, the General presented himself to the Emperor and proceeded to break down and cry. He asked for immediate permission to commit ritual suicide. The Emperor refused with these famous words. CHIN GA IKITERU UCHI WA SHINU KOTO WA NARANU ZO. In other words, YOU ARE NOT GOING TO DIE WHILE I’M STILL ALIVE.

Since the General had lost his children, the Emperor decided to give him a whole slew of surrogate kids by making him director of the GAKUSHUIN school for the children of the Imperial family and nobility. Nogi spent the next five years instilling the samurai virtues of patience, perseverance and modesty into his wards. The future Showa Emperor (Hirohito) was among those placed under his care. 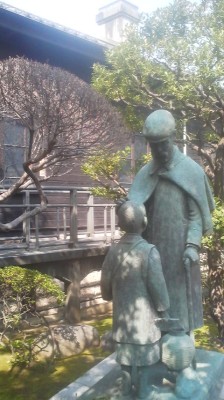 A bronze statue portraying General Nogi with one of his students at the Gakushuin School, which he was made principal of after retiring from the army

When the Meiji Emperor died, Nogi went ahead and did what he had long felt he had to do: atone for all the death and devastation he had caused, and take responsibility for the serious mistakes he had made in the past. 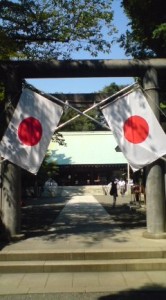 The Nogi Shrine and the old Nogi Residence are located just past the Tokyo Mid-Town Complex, a few minutes’ walk from Roppongi Station. The ever-encroaching brand-name-luxury and decadence must surely have the General wincing in his grave. The Shrine can be visited any day, and if you go, you are likely to see a traditional wedding. The shrine office sells small gourds, the type in which the General used to keep his Sake stash in (they also sell his favorite sake, from Tochigi, which is where he had long been stationed).

Every year on September 12 and 13th (the anniversary of the couple’s suicide), the old house is opened to the public. I have gone in past years (on the 12th or 13th) and wandered about, looking at all the clothes and accessories laid out on display, trying to conjure up images of the old couple as they prepared for their end. The house itself is a spartan, wooden structure, based on the type of French military barracks Nogi had seen while in Europe. Across from the house are the brick stables where the white horse, presented to the General by his Russian counterpart, Stessel, after the fall victory of Port Arthur, was housed. 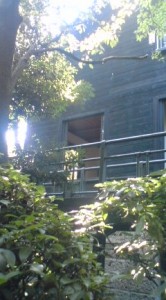 A steady stream of visitors is always cheerfully greeted by the staff. Most of them linger longest in front of the room where the couple died, which is marked off with bits of sacred paper (GOHEI). Among the medals and uniforms laid out, are a bit of cloth, bloodied from the ritual suicide.

Looking at the old clocks and telephones put me in a contemplative mood – but the bath and various toilets really bring up images in my mind’s eye of the old couple leading there lives there.

Don’t get me wrong, I am not a glorifier of SEPPUKU or ANYTHING military, for that matter. I do however, think that a visit to the old Nogi residence and shrine is important food for thought regarding both Japan’s past and its present. I also have to say that the General DOES set a good example. I think that ALL people of power, who benefit from sending soldiers off to kill and be killed, or likewise profit from death and destruction, should follow the Nogis’ lead and disembowel themselves.  That would be quite a fitting end for them, don’t you think? 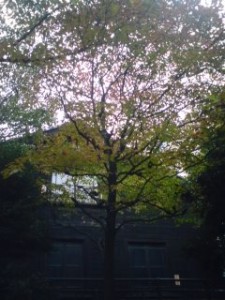 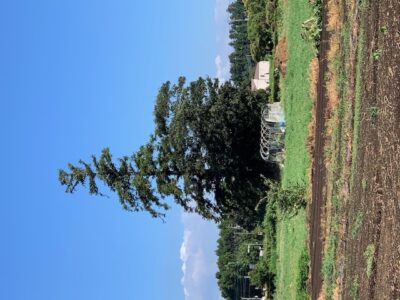 And by amazing coincidence, about 1500 meters from where I currently live, is this tree – also a gift from General MacArthur, to an interpreter, Numajiri Koyo, born and raised in Teshirogi (now part of Tsukuba City) who helped with the proceedings of the Tokyo War Tribunals. I was more than surprised when I visited his house (where his grandson now lives) and was shown a hanging scroll with a poem on it – said to have been composed and written by Nogi Maresuke himself! 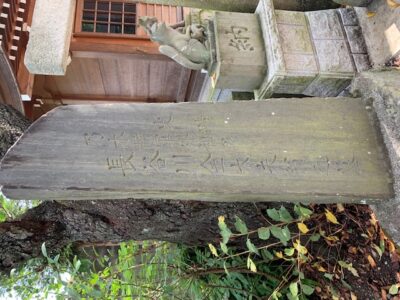