Tsukuba`s Popular Mascot- The Owl – does not get much love in REAL LIFE ( Owls in Japanese history and culture ) 22 April, 2021 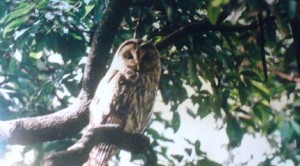 In modern Japan, it is common for people to possess an owl of some sort. Not a real-live one, of course, but perhaps a figurine, doll, painting, stuffed animal or even just a cartoon image of these instantly recognizable, flat faced birds. In fact, at the library I found a whole book dedicated exclusively to the different owl-shaped folk figurines produced in the various regions of Japan. These owls are usually kept at home, but I personally know several Japanese who ALWAYS carry little owl figures with them, in the same manner as I remember how some Americans always have a rabbit’s foot in their pocket. 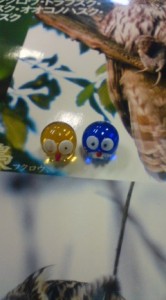 The reason for this can be found in the Japanese name for OWL – FUKURO （フクロウ or 梟) – which can also be written with different KANJI CHARACTERS that give it a LUCKY significance. FUKURO can be written as 福来郎 （福: fuku, LUCK; 来: kuru, comes; 郎: ro, suffix for a boy’s name), meaning LUCK COMES, or as 不苦労 (不: fu, no; 苦労: kurou, hardship), meaning NO HARDSHIP OR SUFFERING. This type of word play which can make the names of objects either auspicious, or inauspicious is called GORO AWASE (語呂合わせ), and in this way, owls have come to be one of the more popular motifs for ENGI MONO, or lucky charms, and those who are interested can find in certain books or magazines, detailed explanations of how owl figurines of various shapes, sizes, and colors have different types of luck-bringing power. 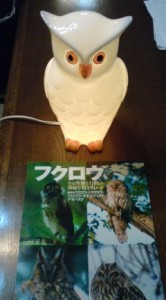 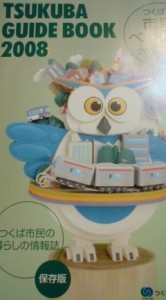 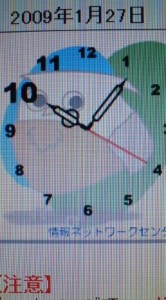 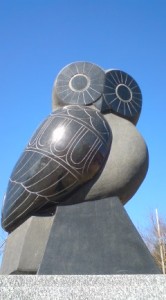 I remember how in my old neighborhood of KONDA, I would be awakened at night by the hooting and screeching of owls, and could often seen them waiting for a meal or a mate, in the twilight, on utility poles and telephone wires. When I pass by there now (and it is painful for me to do so) not a tree remains, let alone and owl…

In other parts of Tsukuba and Ibaraki, things have not been well for our official bird either. Rampant destruction of our woods and what seems like the systematic targeting for elimination of any greenery, has sent surviving owls off to look for new homes. Unfortunate refugees might end up in Tsuchiura where they will very likely get caught in the deadly nets around Kasumigaura. 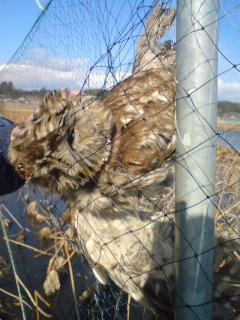 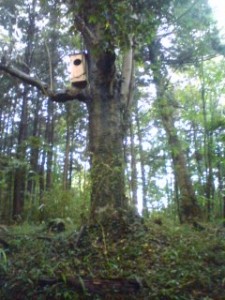 One of the owl nesting boxes set up in Kamizakai ( Nakane kondadai) in Tsukuba. This is very nice for the owls, but unfortunately were probably put up to drive the local goshawks (O-Taka) away

(one ironic development in relation to this story is that the people who are trying get a road built through certain woods which local residents are trying to protect ( the developers want a nice road which goes straight from their housing complex to Tsukuba Center- to make their real estate more valuable- while activists want to protect the nesting area of goshawks and other birds) have been pushing the idea of creating a FUKURO NO MORI ( Owl woods), and have actually put up some nest boxes which they hope that owls will set up home in.

The only problem is that what seems to be their real motive is to keep the goshawks from nesting  where they usually do-  so that there will be fewer obstacles ( such as rare and protected birds) to getting the go-ahead for their plan! Owls sometimes prey on goshawk chicks, so naturally, the hawks try to stay clear of the owls` territory.)