Tsukuba Farmers Still No.1 at Growing Grass ! A closer look at our surprising turf-lawn heritage 21 February, 2021 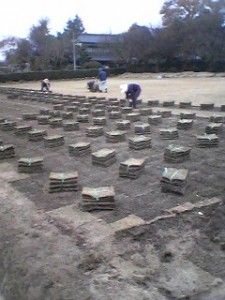 If you have (or have already given into) the same urges, you might want to think twice before indulging (or re-indulging). This is because these enticing plots of green (or gold, in winter) are not meant for your recreation. They are actually agricultural fields belonging to local farmers – and the grass is an important cash crop (Tsukuba City is the number 1 grass producer in the country). Thus, by walking or running on the turf you might be damaging the goods and subsequently cutting into the farmers earnings (unlike the US, however, nobody will threaten you with a shotgun). 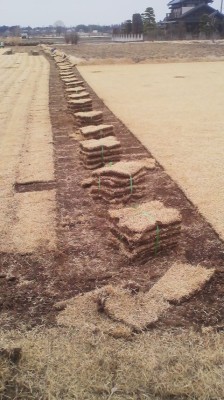 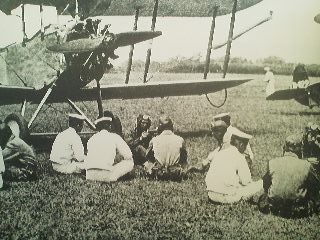 Turf grass was originally cultivated in the Tsukuba area for use at air-fields, before tarmac paved runways were introduced. 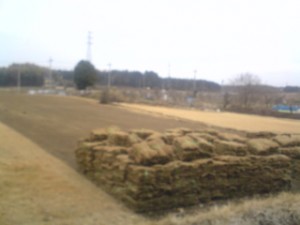 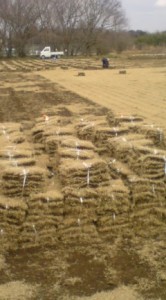 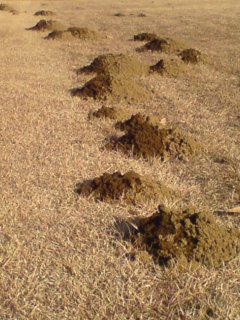 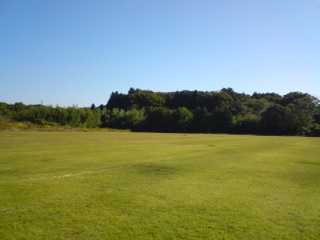