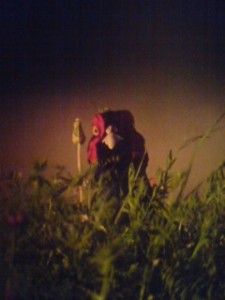 A kiji (pheasant) peeks out from the brush. These birds have become must bolder in April 2020, with most people staying indoors. I saw several this morning where I`d never seen them before!

You might be surprised to hear that of all the many wild creatures which dwell in the  Tsukuba area, the one which has given me the most heart-stopping FRIGHTS, is the one which adorns the back-side of Japan`s Ten-Thousand Yen notes- the Japanese National Bird, yes, the KIJI (雉), or as we say in English, the pheasant. 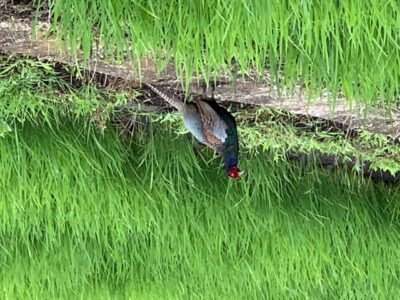 A pheasant between rice-fields – Onozaki, Tsukuba 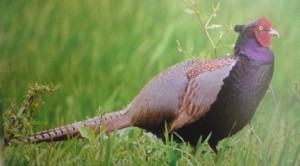 Japan`s National Bird- the Kiji (pheasant) is surprisingly abundant in the Tsukuba area. Even if you haven`t spotted one yet, you have surely heard their cries- especially just after tremors

Still each time it happens, I get scared stiff! 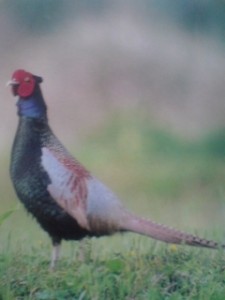 This spring (2016) I was surprised to hear a continuous stream of pheasant cries emanting from the old governement housing community in Matsushiro, Tsukuba -just west of the post-office. The apartments there are going to be demolished, all tenants have been moved out – and the grounds cordoned off. This has created a veritable NATURE PRESERVE! Accenting the pheasant cries was a regular rapid-fire percusive flourish – a woodpecker !

It is not only when they are in danger that the pheasants cry out. In fact, they are very vocal, especially in spring when the males seem to assert their territorial rights every ten minutes or so with a loud , high pitched KEN KEN followed immediately by a flurry of wing-beats . It is a typical soundscape of rural Japan in spring.

(You can watch and listen on utube by clicking here)

Pheasants also react vocally to earthquakes, even the slightest tremors. If I am outside and suddenly hear the pheasants crying from every direction, I know that there must be a tremor ( or an earthquake) occuring that I cannot sense while I am outside ( though if I were in my rickety old house I would surely feel it!). 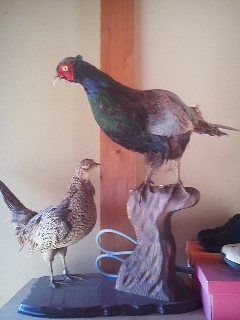 A favorite target of Ibaraki Prefecture`s numerous hunters, pheasant are often found – stuffed and mounted – in entranceways and TOKO NO MA vestibules of Japanese-style rooms in Tsukuba`s older neighborhoods

Some say that pheasants predict earthquakes, by I dont think it would be practical to use their call as a warning. That would mean running out of the house everytime you heard a group of them crying. This would be ridiculous because their reaction is JUST before we can sense the earthquake, and they have the SAME reaction even to the slightest tremors ( which occur several times everyday). 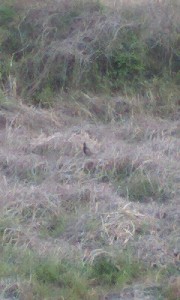 A view from my old bedroom window in Konda, Tsukuba. Can you spot the pheasant? 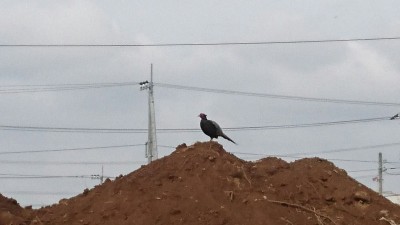 A bewildered pheasant sits atop a pile of dirt after the the fields I had usually seen in foraging in were bulldozed over in preparation for some more construction (Yatabe, Tsukuba) 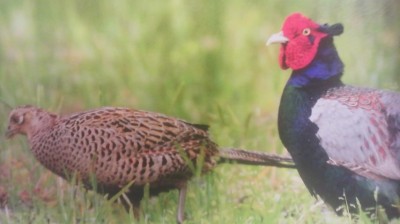 The KIJI has long been a favorite target for hunters, and it is mentioned as such in Japan`s oldest written text, The Kojiki.

One of the best ANTI-HUNTING parables that I know of, is an old Japanese story which tells of a man, whose greatest pleasure in life had been the hunting of pheasant with trained hawks and dogs. One night he dreams that he and his his family were suddenly transformed into pheasants and had become the target of his own hunting party. After much terrifying pursuit, his wife and children are ripped to shreds by the hawks and dogs .  Overwhelmed by the sympathy brought on by a newfound understanding of the pheasants position, the man repents his ways and permanently ends his hunting career. 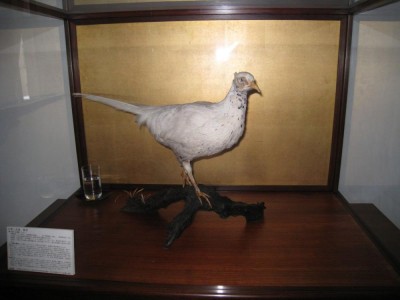 White pheasants (hakuchi) are rare and considered very auspicious. In fact, when one was spotted during the reign of Emperor Kotoku in the 7th century, the NENGO (reign name) was changed to Hakuchi (白雉). This particular white pheasant, though, was not very lucky – and ended up being stuffed and mounted.

Theycan be hard to spot, but if you hear their call, stop and wait- for a while, and the pheasant might reveal itself.

Have a pheasant- I mean pleasant, day! 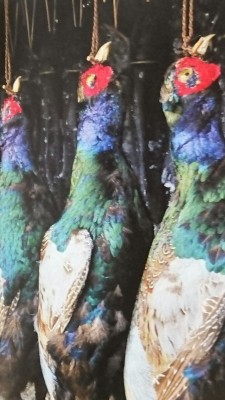