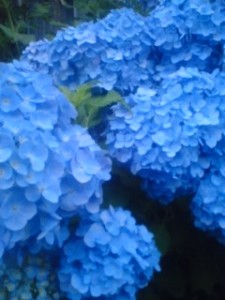 Hydrangea ( ajisai) on a rainy day in Tsukuba
By Avi Landau

Japan’s month long rainy season (tsuyu, 梅雨) usually ends in mid-July, and that means there are  precious few days left to savor its SPECIAL BEAUTY. Many Japanese consider Ajisai (紫陽花, or hydrangea) to be the quintessential flower of this season, as they look just right when wet, and enshrouded in mist. And though these flowers can be found almost anywhere you turn your head in Tsukuba, thousands of Tsukubans make long trips (or should I say pilgrimages?) to famous ajisai temples, especially in Kamakura. Nearer to home there are 2 other nationally renowned hydrangea-viewing meccas, the Amabiki Kannon near Makabe, and the Taiho Hachiman Shrine in Shimotsuma. Both highly recommended at ANYTIME. All the more so in this season. 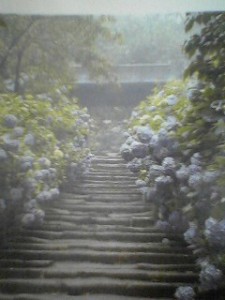 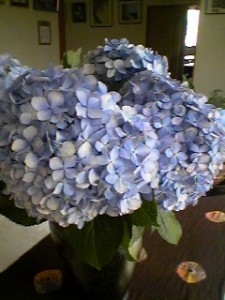 While you’re out there enjoying the  AJISAI DAYS remember: LOOK BUT DON’T TASTE.