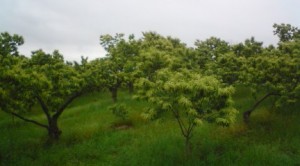 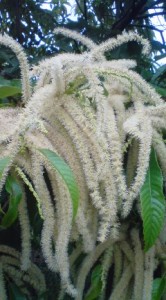 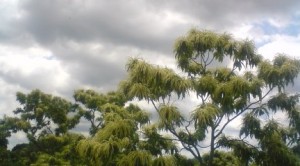 By the way, chestnut cultivation does not have a very long history in this area as it was always too cold to grow them. My neighbor, who now has a couple of hundred trees, told me that in his grandparent’s day, they would go to mountainous areas in winter to gather the fallen leaves of mountain kuri (yamaguri) which were to be used as fertilizer or for heating. While doing this they would sometimes rake up a chestnut which had been buried away by crows.However, any attempt to introduce the chestnut vairieties cultivated in warmer parts of Japan ended in failure due to frost.