Archive for the ‘Shopping’ Category 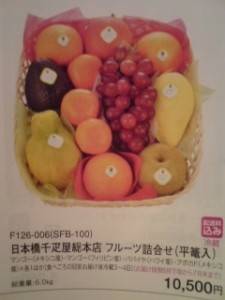 Living as a part of Japanese society, one is obligated, probably more so than in any other country, to buy and present seasonal and festive gifts at regular intervals throughout the year- without much of a break between. And while being in Japan one is subjected to a steady stream of  sophisticated commercial propaganda which is always there to remind you that YOU HAVE TO SHOP, there are still plenty of people, even in these hard economic times, who genuinely enjoy these practices.

Besides the major gift-giving occassions imported from the U.S. which are now so popular ( and inescapable) in  Japan- Christmas, Valentines Day, Mother`s Day, Father`s Day, Halloween, anniversaries and birthdays, there are also the home-grown traditions- especially the End-of-the- Year Gifts ( O-Seibo) and Summer Gifts ( O-Chugen), which most often consist of beautifully packaged and over-priced foods or drinks, and are sent to parents, in-laws, teachers, match-makers ( nakodo) and others( usually older than the senders) to whom one is indebted to in some way. 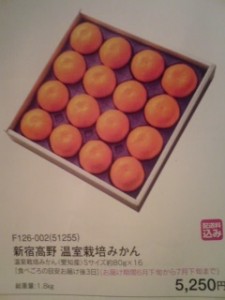 From the same catalogue- a box of 16 mandarin oranges ( once again please note the price!)

Since it happens to be mid-summer right now, I would like to write a bit about O-Chugen. As is so often the case when dealing with Japanese culture, even the topics which appear to be the most mundane, turn out to be fascinating when examined closely.

Since the beginning of the 20th century, it has been common practice for  Japanese of all walks of life  to send summer gifts to certain people they feel obligated to ( osewa ni natteiru katagata). This is done during the first half of July, ( though I have seen convenience stores which offer to deliver O-Chugen through Aug 6th, perhaps because in Western Japan, in Kyoto, Osaka, etc. the whole custom is delayed by one month!).

Why are these gifts sent during this period, as opposed to the rest of the summer? 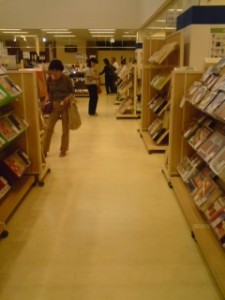 Well, the giving of O-Chugen is in fact connected to the  O-Bon Festival during which the Japanese have traditionally gone to the graveyard to greet the spirits of their departed ancestors, and brought them back home for 4 days of eating and entertainment ( Bon dancing) before sending them back off to the Other World.

Many of you might be surprised to read this since most Japanese celebrate this festival in August and not July. The fact is, however, that O-Bon IS celebrated in July since 1872 , in Kanagawa Prefecture, and in Tokyo, where the custom of sending O-Chugen was born, promoted by the great department stores. Thus in Tokyo, O-Chugen are gifts which arrive at the recipients home, just before, or during  O-Bon.

Still, you may ask, what are these gifts of food sent for if they are for O-Bon? As offerings for the Spirits of the Dead?

No ! It seems that as opposed to the offerings of food, drink, incense, prayer and music which ARE offered to The Dead over the O-Bon Period ( from the 13th to the 16th of the Month), the idea behind the O-Chugen gifts is to provide pleasure and nourishment  for The Living ! Specifically, parents, in-laws, teachers, bosses, etc.

Let me explain the roots of this concept and how it is connected with Japan`s summer gifts.

In ancient China, there were 3 important full moon dates celebrated by the Taoists. Pronounced in Japanese, these days are Jo-gen ( 上元), Chu-gen (中元), and Kagen (下元), which I could roughly translate as meaning the Upper Gen, the Middle Gen and the Lower Gen , respectively, with GEN meaning root, or foundation.

On the Chinese Chu-gen, it is said that bon-fires were lit  in the garden`s of homes in order to purge away sin. In other words it was a day of atonement.

Later in history, under the influence of Buddhism, this same date, became a day of honoring the spirit of ones ancestors, with prayer and offerings.

In China, however, with its strong sense of FILIAL PIETY ( respect for parents, teachers, amd elders in general) instilled by the teachings of Confucius, the Chinese made sure to take care not only of THE SPIRITS, but also, and even more so, of THE LIVING. Making sure that parents and other respected elders got plenty of nutritious in the hope of prolonging their lives.

This is the concept adopted by the anonymous Japanese marketing genius who hit upon the idea of calling the summer gifts to be promoted O-Chugen. As a highly educated man/men of that generation, he was probably steeped in Confucian learning and the Chinese classics.

He/they selected the Chinese name for the 15th day of the 7th month which was the MAIN DAY of the O-Bon Festival in Japan. This connected the gifts with O-bon as it was newly celebrated under the new calendar in Tokyo- in July- the new 7th month ( while the rest of Japan continued to do so in August- the old 7th month! Can you follow me?!) The name in fact indirectly means O-Bon Gifts!

(scholars suggest that the ancient Japanese who had long honored their ancestors sometime in late summer, took on the date of the 15th day of the 7th month for O-Bon, under influence of influence of China ( via India) and some suggest that the root of the bon-fires lit by the Japanese to greet their ancestors derives from the Chu-gen (中元) fires lit by the Chinese for atoning their sins)

He/they envisioned that these gifts would be sent to elders and superiors, and mostly as delicious and often nutritious food- not to be used as offerings, but as a source of health and pleasure for the recipients.

Anyway ( no matter what ancient customs it derived from), the idea became a huge hit, along with the giving of End-of -the-Year Gifts: O-Seibo.

Using the money from their twice a year bonuses, the receiving of which happened to conveniently coincide with the gift giving seasons, Japanese families gave the retail industry a huge bi-annual boost, ( over)spending large sums of money for over-priced, beautifully packeged O-Chugen. It has long been considered most proper to have these sent by one of the famous department stores- especially Mitukoshi. In fact, I noticed that you can order and send Mitsukoshi packaged O-Chugen from a convenience store in Tsukuba.

And though now, in these tough economic times, there has been a precipitous decline in O-Chugen sales ( the once jam packed Chugen ordering area at Tsukuba`s Seibu Department Store had only a shadow of its former clientele this year) I have still found that MANY of my friends and acquaintances have spent large sums sending summer gifts to family, teachers, etc- and they were happy to have done so!

By displaying  proper concern and respect for elders, teachers and bosses, by twice a year reconfirming old ties and relations, by bringing  joy not only through delicious delicacies, but also the the visual and tactile enjoyment derived from the beautiful packaging and wrapping, and by dutifully sharing the wealth ( of your bonus) with parents, In-laws, etc, the custom of sending O-Chugen and O-Seibo suits  the Japanese sensibillty perfectly ( as this has been so deeply impacted by Chinese Confucianism)

If YOU would like to fit into Japanese society more comfortably, I would recommend that YOU TOO, forget about the price, and send your teacher, boss, or in-laws, a nicely packaged of Chu-gen. It might make life  here,much more pleasant for you in the long run! 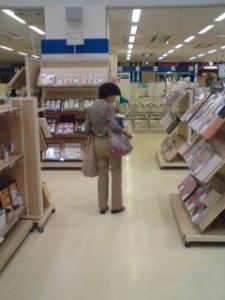 Overwhelmed by the number of items to choose from!