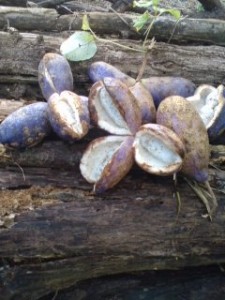 Akebi which have opened (naturally) and are ready for eating. Their names in Japanese actually means derives from OPEN and FRUIT (AKE and MI) and actually sounds similar to the word AKUBI (yawn – as in open mouth!)

One of the benefits (and great autumn pleasures) of living in the Japanese countryside is being able to pick as many akebi as you like – for free (they can cost a pretty penny at Tokyo department stores). Akebi grow on coniferous vines which flower in spring and bear fruit in fall. When ripe and ready for pickin’, they look like reddish-purple mangos which have been slit open with a blade.  This opening reveals the almost translucent, white flesh that contains its seeds. It is this part that can be eaten right there under the tree. You twist the fruit off the vine, pull it open at the slit and slip the white jelly-like center into your mouth. Chew softly to enjoy its unique sweetness and texture, and then spit out the pits. 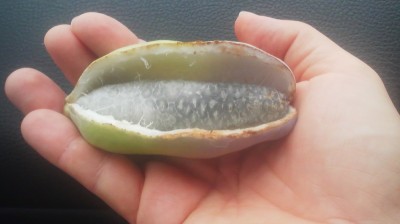 Akebi in hand. I was making small talk with a woman who works at one of Tsukuba`s community centers, and after I had said good-bye and started on my way, she called me back and gave me this tiny akebi. She said she had picked it that very morning in her garden 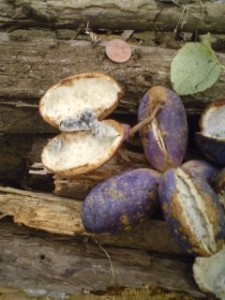 The skin of the akebi can also be eaten. In Tono, Iwate Prefecture, I once had akebi skin boiled with sugar, a delicious local dish. There are several ways the skin is eaten around Japan, with the most common probably being frying  with miso.

This year, the akebi (a web search has revealed that the English name for this fruit is chocolate vine, if that means anything to you) are smaller than usual, but just as tasty. You can find them if you venture into Tsukuba’s fast disappearing woods.

By the way there are two different sets of characters which can be used to write akebi. There is 通草, and 木通, though it is usually written in hiragana as あけび. 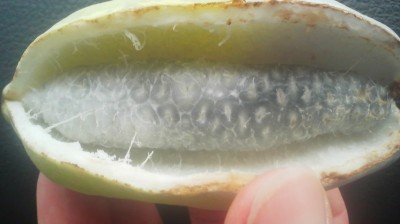 Close-up of an akebi – its “meat”, delicately sweet and full of seeds, looks very much like a silk-worm just before it starts to spin its cocoon ! 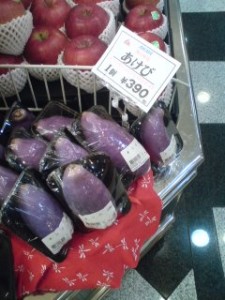 Akebi on sale at a Tokyo supermarket for 390 Yen each! 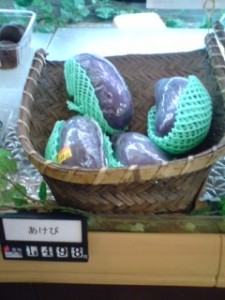 and at another supermarket for 498 yen a shot! 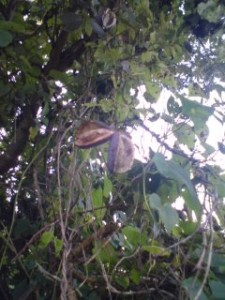 An akebi tree bears its ripe fruit in Konda, Tsukuba. 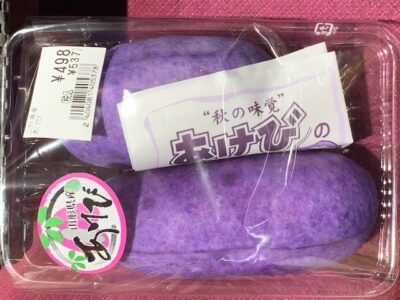 A pair of akebi from Yamagata Prefecture marketed as “The Taste of Autumn” (秋の味覚 , AKI NO MIKAKU) and selling 537 yen (including tax) at the Yoku Benimaru Supermarket in Tsukuba. (October 2020) 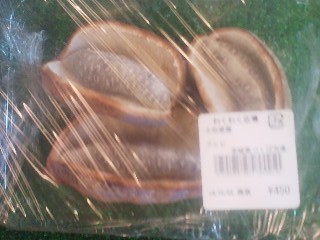