Archive for the ‘Movies’ Category

Rick`s Picks : One of the greatest films ever – remastered and showing soon on a big screen near you 20 September, 2016 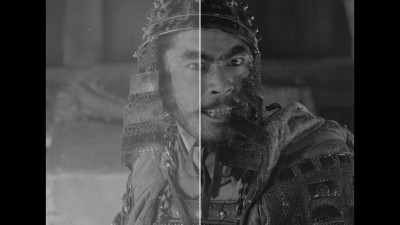 Modern movies use amazing technology to dazzle us with incredible scenes and action. But as technology has advanced, some of the more profound and moving characters and situations have become uncommon. Though lacking today’s technological wizardry, some of the old masterpieces elicit in us more powerful emotions than do modern movies. One such masterpiece is Akira Kurosawa’s Seven Samurai (七人の侍), first released in 1954. Upon its initial release, Kurosawa won the Silver Lion award at the Venice Film Festival.

I had previously watched the original several times, but only on small screens. Despite the shaky images with many spots and scratches and the unclear sound, Seven Samurai was one of my favorite films. The greatness of this film is not only my opinion: on many lists the top films of all time, Seven Samurai is consistently ranked highly. Further testament to the power of the story is the excellent 1960 Hollywood reset of the story as a Western: The Magnificent Seven. A Hollywood remake of The Magnificent Seven will be released this week.

On 13 September, I was privileged to attend the Tokyo press screening of a new 4K digital restoration of the original Seven Samurai. For this remastered version, Tokyo Laboratory, Ltd. (http://www.tokyolab.co.jp/) 4K-scanned every one of the 300,000 frames from the best extant reels of the film. After the screening, we were shown a short demonstration film on a split screen: the left half of each original scene on the left, the remastered right half of the same scene on the right. The differences were astounding. Not only were all the scratches, buildup, and shakiness removed, but the brightness and contrast were improved to provide deep blacks and bright whites. The emotions of the actors were much more powerfully apparent in their faces; the swords flashed as they slashed. The remastered version is still in black and white, but the level of detail now clearly visible is remarkably increased.

Tokyo Laboratory repaired not only the damaged images, but also the soundtrack. My Nihongo is not good enough to understand all of the Sengoku period language spoken in Seven Samurai, but I could catch and understand much more of the dialogue than ever before. The subtle background noises like cicadas and running streams were also much clearer.

Seven Samurai is not only an epic swashbuckler; it deeply explores the human experience. The story follows farmers from a small village that is repeatedly pillaged by pirates who steal their crops. In desperation, they hire masterless samurai (ronin) to defend them. For those who have not yet seen this movie, I won’t give away any more of the plot.

Rather than take my word for how great the Seven Samurai is, make time (207 minutes with one intermission) yourself to see this remastered version on a big screen. The film will be shown in Tsukuba at the Cineplex and many other movie theaters in Kanto from 22 October through 4 November 2016 at 10 am as part of the Morning Film Festival 7 (http://asa10.eiga.com/) series of classic films.  Some of the other participating movie theaters will show Seven Samurai 8 to 21 October. I hope that many readers will go and enjoy the remastered Seven Samurai as much as I did. You might see me at Tsukuba Cineplex; I plan to go see it again on the big screen.

Comments Off on Rick`s Picks : One of the greatest films ever – remastered and showing soon on a big screen near you