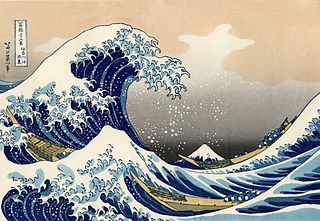 The Great Wave Off Kanagawa- 1829 by Katsushika Hokusai is said to have inspired French composer Claude Debussy`s La Mer (The Sea), a most appropriate piece of music for today`s National Holiday

Towards the end of  July, Japan`s month long rainy season (TSUYU) of dark, wet and relatively cool days, suddenly and literally lifts away.  You step out of your front door and are startled to find an almost blinding brightness and an intense, radiating heat, which makes you think twice about walking anywhere, even if only a few steps away. This is accompanied by the intense and incessant droning of cicadas (semi) which also become active after the rains, adding even more to the impression that the AIR ITSELF is vibrating and alive.

When this REAL SUMMER ( or FULL summer as it is known in Japan- SEIKA 盛夏) begins, the first thought that comes into my mind  is  heading off to the beach, where the sea breezes are soothing and invigorating.. 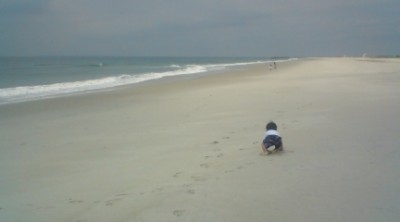 At the beach on Long Island, New York

That is why I find it quite fitting, that just when the  the ocean suddenly becomes so temptingly a part of OUR THOUGHTS , the Japanese national holiday Umi No Hi ( Sea Day) rolls around, on the third Monday of July ( though this year was quite cool on the 20th).

Though this holiday was officially instituted only in 1998, there had been an unofficial Sea Day in Japan since 1941, when with the then recent and dizzying successes of the Japanese navy Japan had VASTLY increased it territorial waters, and Shozo Tanaka, the minister of Post and Communications at that time, had declared July 20th Umi No Kinen Bi ( 海の記念日)- Sea Day.  This particular date was chosen because on the 20th of July, way back in 1876, the Emperor Meiji, after an official tour of North-Eastern Japan, safely arrived at Yokohama, after having travelled by the steamer Meiji Maru from Aomori Prefecture. Considering the religious reverence with which the Japanese at that time ( officially) looked upon that emperor ( the grandfather of the then reigning Emperor) it is not surprising that such a justification was found for establishing a date for a special day which was meant to raise the Japanese awareness of the sea . 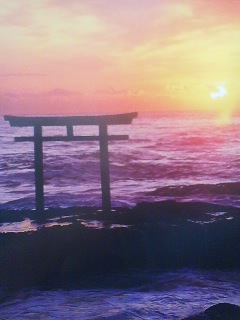 You might wonder why it would be necessary for an island nation to raise awareness of the sea. Well, though the Japanese have long taken many foods from the sea, during the 200 years of SAKOKU ( national isolation,which ended in 1868), the Japanese obviously became inward looking ( as travelling abroad meant the death penalty) and a new outlook was needed to promote the sea as national territory and a path for trade and cultural inteaction (in fact, the concept of territorial waters, and especially China`s current drive to expand their definition, has now become one of the burning issues of the day).

It also seems to me that classical Japanese culture pays little attention to the sea, rather focusing on mountains trees, rocks and fields, when it came to poetry, painting, etc.

I guess that the closest thing we could come to calling a traditional way of celebrating Sea Day in Japan is going to the beach. Many Japanese also go to aquariums ( as Japan is the aquarium capital of the world, the home of a large percentage of the WORLD`S aquariums).

For many older Japanese, Sea Day is a more solemn occassion, evoking thoughst of fathers, or husbands who lost their lives at sea during the Second World War ( and MANY did).

In recent years, however, haunted by thoughts massive oil spills, radiation leakages, greedy overfishing, and the dumping of tons and tons of non-degradable trash into the oceans, Sea Day has become a day of somber reflection for me. The ongoing environmental tragedy is simply staggering , and the fact that I am not more OUT OF MY MIND about what is going on attests to the powers of our psychological defence mechanisms. No. We humans are not so much rational as we are RATIONALIZING.It is obvious that we just try to get on with our lives with as little stress as possible, and any disturbing thoughts that can be swept or explained away- are.

So in order to help keep my mind off the real state of things, I spent the day, along with countless others in Japan – at an aquarium. The curious thing was ( and always is at Japanese aquariums), that around me, instead of cries of AMAZING ! LOOK AT THAT ! – it was- Mmmmm… Looks delicious! I`m drooling! That looks yummy! 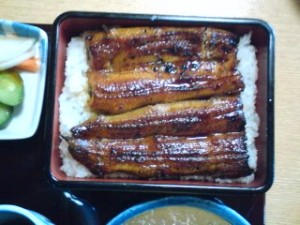 Ironically,this year many will forego one of the traditionally popular dishes of
July- steamed eel in a special sauce, on rice (UNAJU), considered a tonic to help beat the summer heat. Japanese eels (UNAGI) have been declared an endangered species.

I did NOT leave feeling very confident about the future of the world`s marine resources.

Here is a song I wrote about the experince of Japanese summer. It was recorded by The TenGooz: 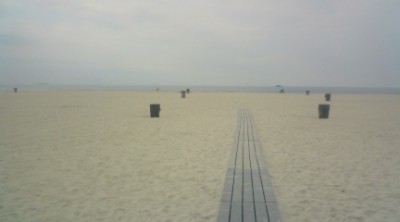