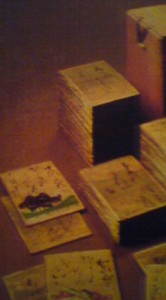 The special dishes and decorations, the visits to shrines or temples, the family gatherings, the greetings, even the pre-holiday cleanings, make O-Shogatsu ( the Japanese New Year Celebration) fascinating for me. They reveal how the Japanese  make a clean break with the past and then make a fresh, new start- with wishes for the health, prosperity and happiness of the family, the community and the nation, manifesting itself in the amassing of  ENGI-MONO (縁起物)- objects, words, colors, etc., which are believed to have a POSITIVE impact on the world. In addition, there are also objects, words, colors etc., which are compiled to keep all forms of misfortune away.

What is fascinating, is what it is that determines the making of GOOD ENGI- symbolism and connection expressed through shape, name, color, etc. I have given numerous examples of this in my past  few Tsukublog articles. Here are some things which are symbolically auspicious:

The presence of this type of symbolism extends even, or should I say extends naturally, to traditional New Year`s games. For example, there is HANE TSUKI , a game in which decorative paddles ( HAGOITA, which are ENGI MONO in themselves) are used to battle a shuttle cock back and forth. This batting away of the birdie symbolizes batting away mosquitoes, and illness. Very clever. Like all the other ideas for ENGI MONO which have been popularized over the years. 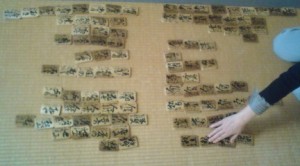 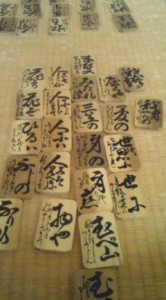 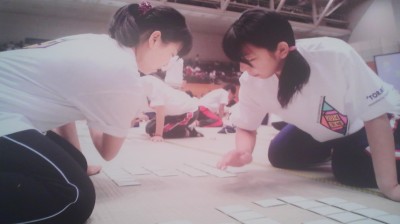 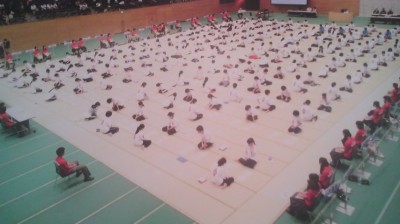 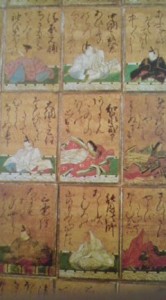 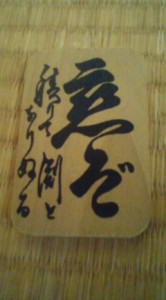 The poem is attributed to the Retired Emperor Yozei-In(868-949) and goes like this: 筑波嶺の峰より落つるみなの川 恋ぞつもりて淵となりぬる (TSUKUBANE NO MINE YORI OTSURU MINANOGAWA KOI ZO  TSUMORITE FUCHI TO NARI NURU) which I will DIRECTLY translate, or rather explain the general meaning as: “From the peaks of Mt. Tsukuba flows the Minanogawa River, which forms deep pools ( at the foot of the mountain) … in the same way my love for you has grown (strong and) deep”.

What has to be dealt with by the translator in the case of this poem is conveying the significance of Mt. Tsukuba for the aristocrats at that time, as well as the meaning of the characters used to write the name of the river MINANOGAWA. For the educated Japanese of Yozei-In`s time, Mt Tsukuba represented COUPLES, ROMANCE, and SEX. This is because  the oldest collection of Japanese poems the Manyoshu, as well as the Chronicles of the land of Hitachi ( Hitachi no Kuni no Fu-doki  , refer to Mt Tsukuba as having been the most famous location for special COUPLING festivals, at which men and women, most of whom had never met before, would GET TOGETHER.

These ceremonies which were held twice a year in spring and autumn were called KAGAI. The reason that Mt Tsukuba would have become an important place for such rites was because of its TWIN PEAKS, which for the Japanese naturally represented the Male and the Female.

According to poems in the Manyoshu, the men and women who wanted to participate in the KAGAI would gather on Mt Tsukuba at a river called the MINANOGAWA. The name of this river is spelled with the Kanji characters 男女川, which directly translated mean the MAN-WOMAN RIVER. Thus we can see that the place at which the poem is set Mt Tsukuba, as well the MINANOGAWA river, were terms pregnant with meaning for educated Japanese, and this makes understanding the poem extremely difficult without delving deeper. (It is obvious that Yozei-In did not ever actually visit Mt. Tsukuba ( there are no deep pools which form at its base), but rather selected the setting of his love poem for its symbolic significance). (It is interesting that Tsukuba`s most most famous Sake Brewery, located at the foot of Mt Tsukuba calls its brand - Minanogawa (男女川). One reason its products are so delicious is that it uses the water that flows from the peaks of Mt. Tsukuba.) Anyway, I`d better stop now. VOLUMES could be written about the complexities  these poems and their backgrounds ( and many volumes HAVE in fact been written about them!). I hope that you too take the leap into this special poetic world-  maybe by O-Shogatsu ( New Year`s) next year you will be ready to take on your Japanese friends in a game of Hyakunin-Isshu Karuta! 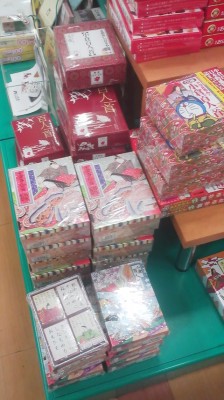