Paulownia Trees (KIRI, 桐) in Bloom – find one (appropriately) in front of the Tsukuba U. Administration Building 7 May, 2021 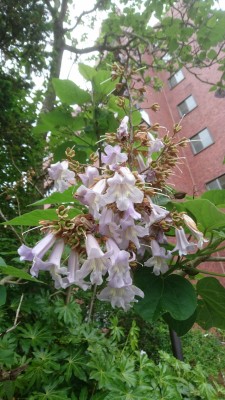 For those of us living in Japan who savor the changes that take place month by month, week by week and day by day in our natural surroundings, May just might verily be the merriest month of the year ! The rice-fields, which for the preceding six months have been dull, brown, empty spaces are within a span of a few days flooded creating a magnificent water-world, with tips of young rice plants just breaking the mirror-like surfaces in uncannily perfect rows. Ducks, egrets and herons descend joyously upon these waters. The bush-warblers practice their distinctive song, out of tune at first, but after a few days at it you hear them singing away pitch perfect – while at night the mighty frog choruses roar. The young leaves of spring fill the air with a delicious musk – and so many shades of green, while the seasons flowers give us just as many shades of violet… wisteria, iris, azalea….. 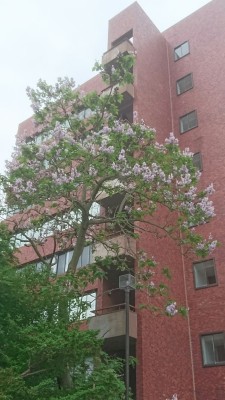 I realized that when I got back to Tsukuba, I would have to get on my bicycle and seek some paulownia out. It was no easy task! Cycling through one traditional hamlet after the other ( a pleasant ride indeed!) I couldn`t find a single one! Whenever I saw farmers working in the fields I asked them if there were any KIRI nearby. They all said the same thing: ” Well… there used to be along of KIRI around here when I was young… but now they`re all gone!” 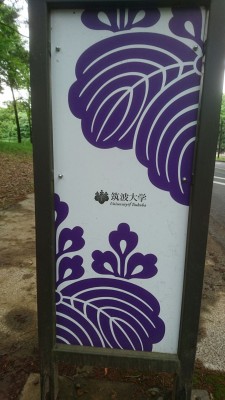 Paulownia was used to dye fabric for the Imperial Family and the aristocrats of the highest rank -purple was considered the noblest color – and that is why paulownia motifs were used for the family crests and emblems of many great men and institutions in Japan. the Emperor Meiji himself bestowed the paulownia crest upon the University of Tsukuba back in the days when it was still the Tokyo University of Education.

When I asked them why, I got different responses: 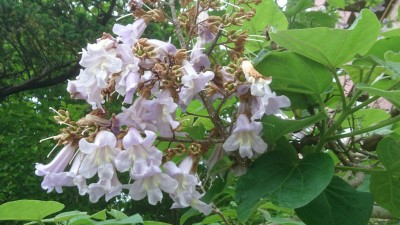 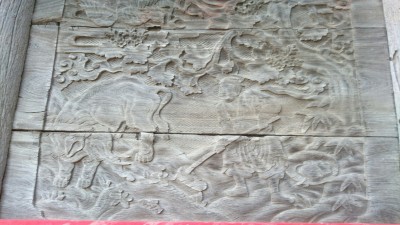 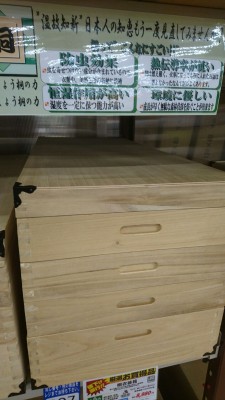