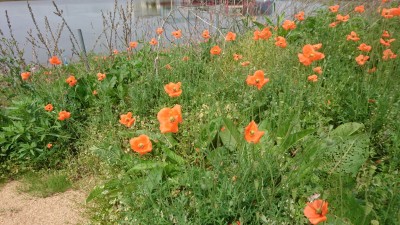 Long-headed poppies ( or blind eyes) were first recorded blooming in Japan back in 1961 in Setagaya Ward Tokyo. This year they have sprung up in abundance along Tsukuba`s roads

The annual procession of bloomings and blossomings in Tsukuba (and the rest of Japan, as well) is reassuringly regular. And though in a particular year one species might bloom a few days or even a couple of weeks earlier than average – you can pretty much set your electronic calendar by them. And of course, it is possible to accurately predict what a particular spot will look like at a particular time of year.

In some years, though, there are big surprises. 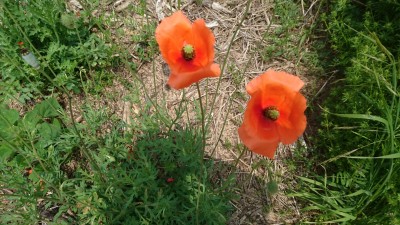 In Japanese they are called NAGAMI HINA GESHI (ながみひなげし)

In late April 2016, along with the  azalea, iris, dandelions and other regular bloomers of the season, many of  Tsukuba’s roadsides had turned orange – with clusters of swaying flowers that were clearly some sort of poppy.

I immediately remembered how back in 2008, authorities destroyed thousands of poppies along the Kokai River near Tsukuba – because among them were the variety used to produce either heroin or opium – I can`t remember which. This year`s surprise poppies are definitely not of the illicit sort (a completely different color) – but rather a species that was first verified growing in Japan (as an invasive species) back in 1961 – the NAGAMI HINAGESHI (long headed poppy – popover dubium) 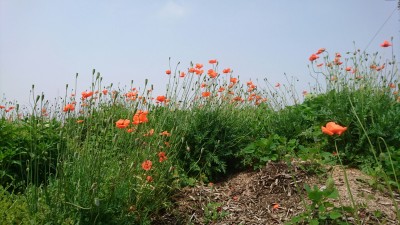 They are found blooming along major thoroughfares in late April and May. These have taken root along Route 408 in Tsukuba on top of a pile of discarded rice husks.

It is not known how exactly the first seeds arrived in Japan (the species originates somewhere around the Mediterranean), but it has apparently spread around Japan by road and rail, with rain-wettened seeds sticking to cars, trucks and railway-cars.

The reason we can assume this, is that these flowers are usually found first growing along roads and railroad track in a particular area before they start proliferating in nearby fields. 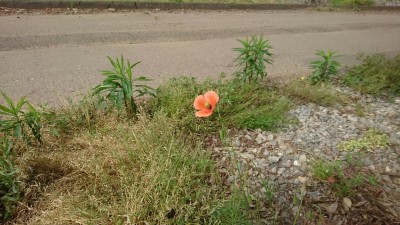 A roadside blind-eye (long-headed poppy) in Teshirogi, Tsukuba. Apparently spread by car, truck and train, these flowers are first found in each particular area growing along roads or train tracks before they make incursions into the nearby fields. They were first recorded growing in Japan in 1961, and by 2011 had spread to most of the country.

There are several ways that poppies (in general) can be referred to in Japanese. The easiest to remember is simply popii (ポピー). The non-narcotic type of poppy which is usually seen in spring is the hinageshi (雛罌粟) – and many – vast carpets of them, in fact, will bloom along the Kokai River in late May and June. From Chinese literature there is the term gubijinsou (虞美人草), which is also the title of a novel by the novelist Nastume Soseki. 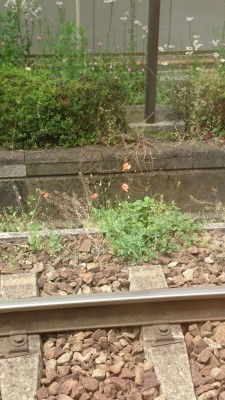 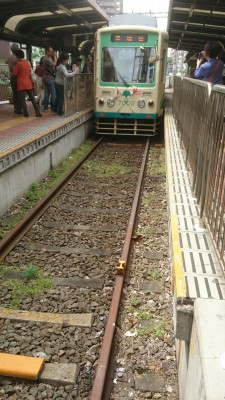