Celebrating HINA MATSURI ( The Doll Festival) – some Tsukubans will be taking their time in putting away their HINA DOLLS! 2 March, 2021 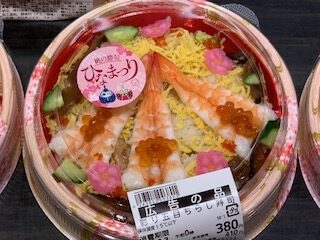 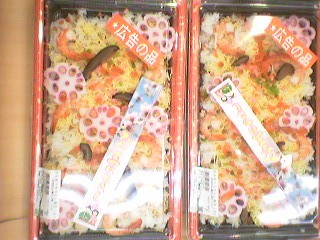 By Avi Landau
It is March 3rd, and across Japan families with daughters are celebrating the Hina Matsuri (雛祭り) Doll Festival with chirashizushi (vinegared sushi-rice topped with shrimp, salmon roe and colorful strips of egg, carrot and seaweed) clam soup (hamaguri no ushio, はまぐりの潮汁）, brightly dyed traditional rice-based sweets called hishimochi (ひし餅) and a milky colored sweet rice wine called shirozake ( 白酒). Though these 3 dishes and the sake have become the standardized Girls Day FARE throughout the country, there is surprising variation to be found among the Japanese in terms of how they display and subsequently put away the star attractions of the season — the Hina Dolls themselves. 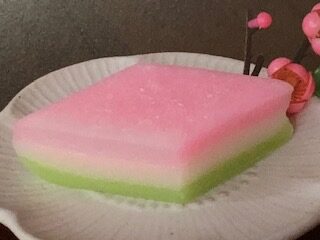 Department stores and other shops start displaying and promoting the fantastically ornate and very expensive Hina Doll sets right after the New Year Holiday. This type of set became popular in the Edo Period (1600-1867) and has been customarily presented upon the birth of a first daughter by the maternal grandparents. A full set requires a seven-tiered staircase-like deck on which to display the prince and princess, ministers, attendants, musicians and the procession of dowry goods. Of course such a set can cost an arm and a leg and even more importantly takes up a lot of precious space. Thus it has been quite common for families to have and display just the prince and princess dolls.
(I have written a more detailed history of Hina Matsuri and Hina Dolls in a previous post) 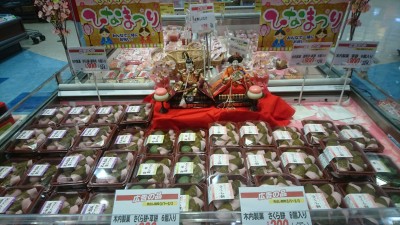 Festive sweets being promoted at a supermarket in Tsukuba 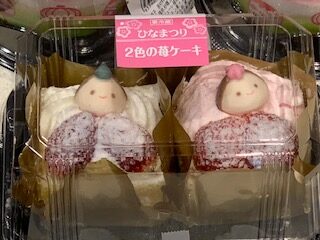 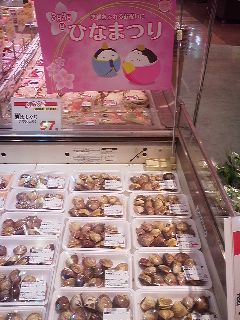 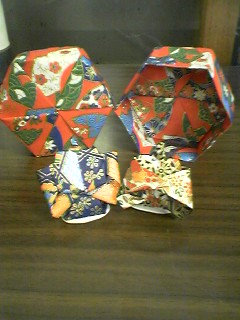 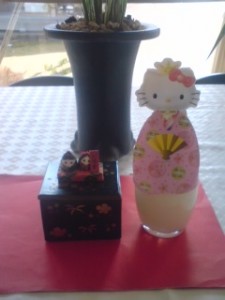 Non-alcoholic SHIROZAKE, in a KITTY-CHAN bottle and tiny hina dolls made of silkworm cocoons (at a community center in Hojo, Tsukuba ) 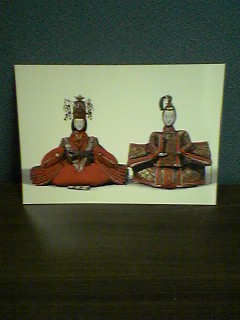 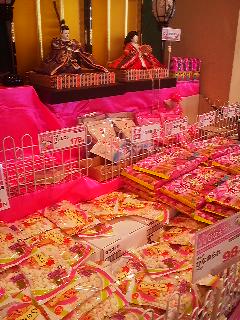 A Doll Festival snack- HINA ARARE. Roasted puffs of rice, glutinous rice, or soy, dyed a light pink, yellow and white. Here is a haiku poem expressing the delight little girls felt when holding them in their hand 手のひらに色を遊ばせ雛あられ (TE NO HIRA NI IRO WO ASOBASE HINA ARARE) : Cradled in my hand, I take in their soft colors, Hina Arare 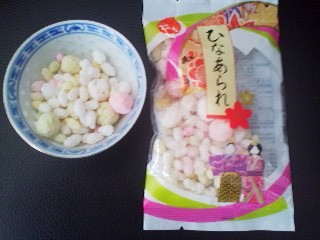 A closer look at some HINA ARARE. Some older women remember the days when it was only on Hina Matsuri that they got served their food and their snacks BEFORE THEIR BROTHERS! (though it might still be the same in many families today!) 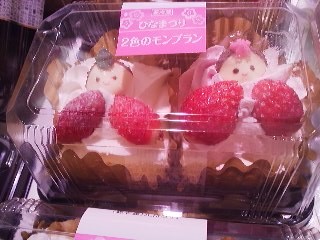 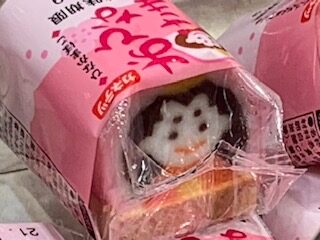 Kamaboko fish cakes with a doll motif. There are sliced and then placed in BENTO lunch-boxes or on top of some home-made chirashi-zushi 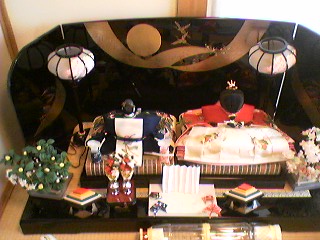 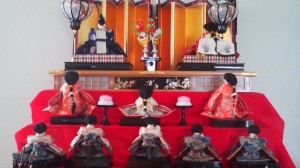 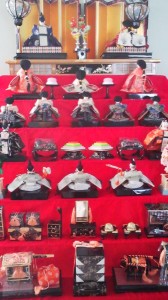 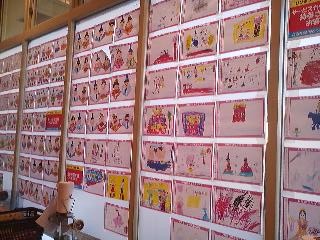 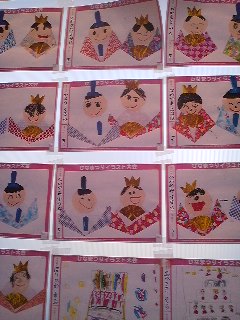