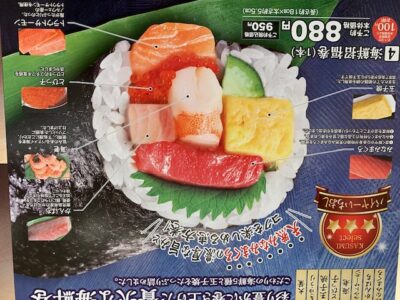 Poster advertising EHO-MAKI at a supermarket in Tsukuba- many now order these thick and nutrition-packed sushi-rolls weeks before the Setsubun Celebrations in early February (this year, 2021, a day earlier than usual – the evening of the 2nd.

Convenience stores and supermarkets have had a huge impact on Japan and they play a major role in the shaping of  contemporary Japanese culture and lifestyles. And though in many ways it could be said that these stores are helping to bring about the END of TRADITIONAL JAPAN, it could also be said that they are unlikely repositories of certain aspects of Japanese culture , always displaying traditional sweets of the season and never missing a chance to promote and sell foods and other paraphernalia related to traditional events and festivals. The quest for new products to sell has also led to some innovative ideas which have spiced up certain traditional events. An example of this can be seen if you go to any combini ( convenience store) or supermarket (su-pa) in the 3 or 4 weeks leading up to February 3, which is the day on which the SESTUBUN festival is celebrated (February 2nd in 2021, as an adjustment in the calendar made for the first time since 1897!). 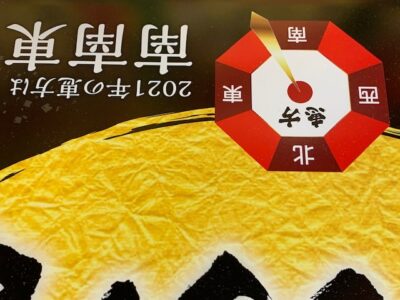 The Special Direction for 2021 is South by South-East. According to custom (though recently created!) one should eat an entire EHO MAKI roll without pause (no easy task!) while facing in that year’s Special Direction (Eho-)! 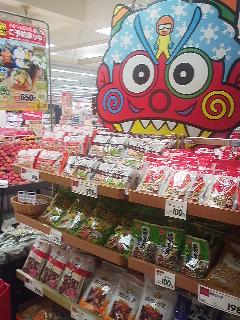 All the supermarkets in Tsukuba have prepared special SETSUBUN CORNERS where soy beans (and peanuts) for throwing are displayed. Paper demon masks are sold as well. 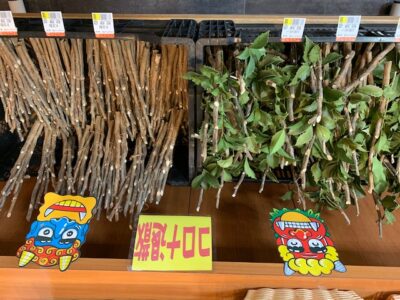 These thorny sticks (good for fighting off bad luck (and demons) are being advertised as “Expellers of the Corona Virus”!

Sestubun (節分) , is sometimes called the BEAN THROWING FESTIVAL in English. This is because the main feature of the event is the throwing of soy beans , as a way of exorsizing evil and bad luck. In homes with small children, the man of the house usually dons a paper DEMON MASK (available at combinis and su-pa-s) on the evening of the 3rd, and the children proceed to hurl the beans at him crying out – ONI WA SOTO ( Demon out! ). They then continue throwing beans in various directions, shouting FUKU WA UCHI- good fortune in ! Family members then go on to eat the same number of beans as their age. This ritual is called MAME MAKI (bean throwing), and it is also performed at various temples and shrines around Japan. It is usual for adults who are in their UNLUCKY AGES(especially men of 42 and women of 33) to attend these bean throwing events as a form of YAKU YOKE (purification for those of unlucky age). Famous temples and shrines often invite celebrities (sumo wrestlers, movie stars etc.) to hurl the beans, and these scenes are often televised. Just watch the news on the night of the 3rd (though the night of this year`s -2021’s mame maki will be the 2nd). 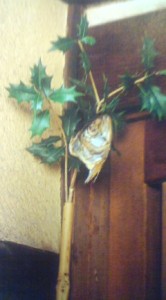 Many Japanese put these sardine-head amulets at their door-posts on Setsubun. You can see this custom still commonly carried out in Tsukuba`s old neighborhoods – especially Hojo. 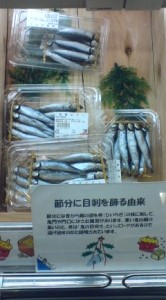 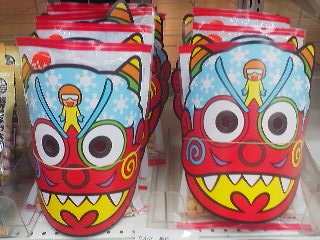 Another custom, though far less popular these days, is the the posting of a sardine head  fit onto a bouquet of thorny leaves (called hiiragi) on the front door or door post. This is done to keep evil and bad fortune away. It is believed that the foul odor of the fish and the uninviting thorns should be effective in keeping any demons OUT. Supermarkets have been promoting the sale of sardines for the making of these protective wreaths. 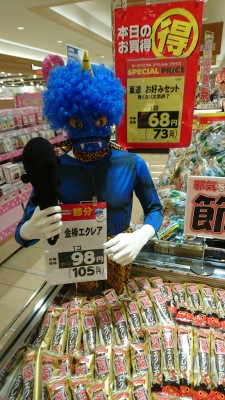 This demon is being used to promote a new idea – Setsubun eclairs – for kids who don`t like sushi rolls!

However, in recent years combinis and su-pas have been vigorously promoting an ADDITIONAL WAY of celebrating this ancient festival. Well…  at least its new to those who have never lived in Osaka (and other parts of KANSAI ). 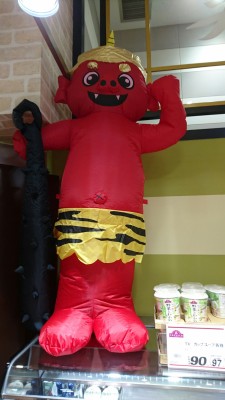 I`m talking of course of the large sushi rolls called EHO-MAKI (恵方巻), which can be seen in promotional posters all over town. These oversized nori-maki (they look  like quite a mouthful) are to be eaten by each family member, in silence, while facing the lucky direction of the year (according to the traditional Japanese almanac). Though most people in Tsukuba had never heard of this ritual until recently, many now reserve their EHO-MAKI weeks before setsubun. More purchase them on the day of the festival. 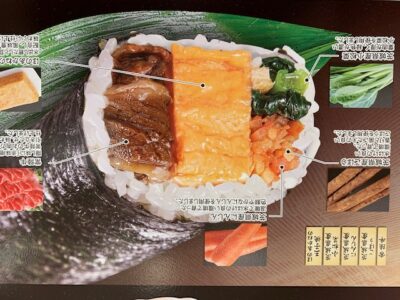 Eating Eho maki while facing the lucky direction ( this year- 2020, it is west by southwest), is in fact a custom, though not very old, which originated (along with so many other great business ideas) in Osaka. Osakan friends living in Tsukuba tell me that they had faithfully eaten their setsubun sushi-rolls every year of their lives, and had imagined that ALL Japanese did the same. Some Tsukubans of Osakan birth used to have Eho Maki sent to  them each year by their mothers, before they became available nation-wide.

Nobody I’ve spoken to could actually explain the significance of the sushi-rolls, but my feeling is that by facing the lucky direction, and slowly and silently taking the EHO -MAKI in, the good energies of this years lucky direction are absorbed by the antennae-like roll. Of course, these sushi-rolls are also chock-full of nutritious fillings (which vary according to price), including egg, seafood etc., to help keep the family healthy through the last weeks (or months!) of cold weather.

Let me tell you a little more about setsubun. This word (節分) in fact means SEASONAL TURNING POINT which then means that traditionally there were four setsubuns in Japan, one for the beginning of each season. Nowadays however, only the day marking the coming of spring is acknowledged by the general public with special rituals. Though it is still quite cold,the first day of spring (rishun) is on February 4th according to the traditional calendar (and officially the 3rd in 2021!). Before the Japanese converted their calendar to the one used by Europeans, a day began at sunset on the previous evening. That is why setsubun is celebrated on the evening of the 3rd. This was considered to be the start of the next day- RISHUN. 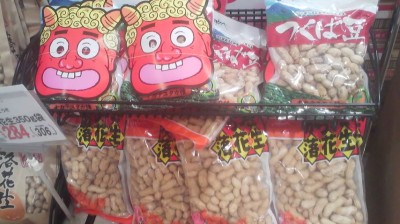 While in the rest of Japan it is only customary to throw dried soy beans on SETSUBUN, in Ibaraki and Chiba Prefectures PEANUTS , an important local agricultural product, are used by some (Remember peanuts are BEANS not nuts!) Here are SETSU
BUN peanuts being promoted by a Tsukuba supermarket. 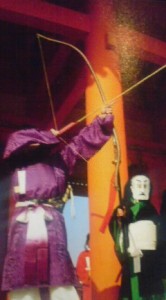 The ancient Chinese believed that these seasonal turning points were times when the world and its inhabitants were susceptible to attacks by evil forces. For protection they would carry out a ceremony which the Japanese call TSUINA( 追儺 ), in which ritual bows and arrows were used to exorsize demons and bad fortune.

This ceremony was introduced to Japan  as a way of trying to stop an epidemic during the reign of Emperor Mommu (697-707), and during the Heian Period (794-1192), it was carried out anually in the  Court, with bow and arrow, on the Traditional New Years Eve.

During the Muromachi Period (1392-1573), the use of bow and arrow gave way to the throwing of beans (though some temples, especially in Kyoto, use the old excorsizing techniques), and the custom began to filter down to the masses. Bean throwing on the eve of RISHUN became a standard part of Japanese life in the Edo Period (1600-1868), and remains so to this day.

If you would like to celebrate setsubun this year, the convenience store or supermarket will provide you with everything you need. Bean throwing should begin after the sun goes down. A parent puts the demon mask on and goes to the front door. The demon should stand outside and be pelted by the kids who cry ONI WA SOTO.Then throw beans inside the house shouting FUKU WA UCHI !. I once brought a mask and beans with me to New York and did mame maki with my nieces and nephew. It went over very well. If youve got kids, I`d say- give it a try! 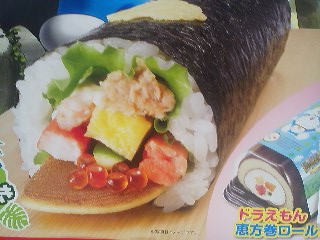 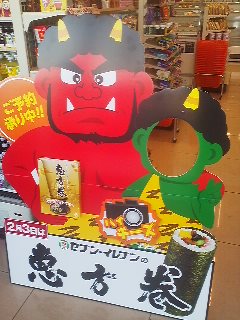 A Setsubun display at a convenience store in Tsukuba 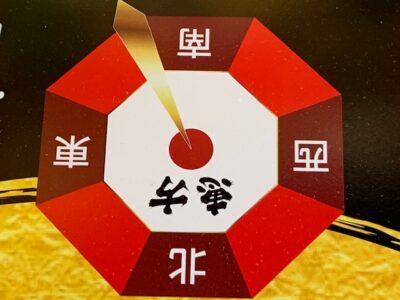 Once again, the Special Direction for 2021.