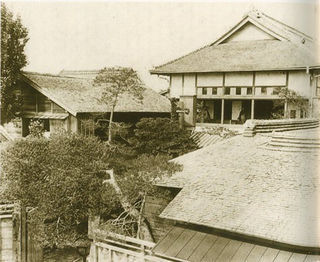 The exclusive KAGETSURO restaurant in Tsuchiura- which Yamamoto Isoroku patronized while he lived in that city. In fact, just BEFORE the attack on Pearl Harbour (masterminded by Yamamoto) the owner of the restaurant received a letter of thanks for the amulet he had given to Yamamoto. Charles Lindberg and his wife were also entertained at this restaurant when they were in Tsuchiura