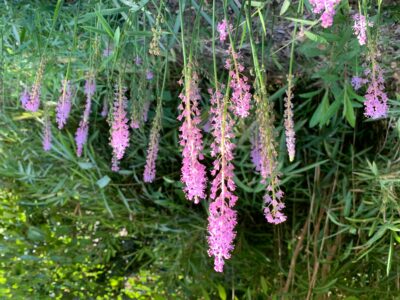 A mid-autumn bike-ride through Tsukuba can be an olfactory roller-coaster ride, depending on the neighborhood. Riding through Matsushiro, for instance, you pass through the powerful “walls of scent”, sometimes alternating and sometimes mixed, created by richly sweet smelling fragrant olive blossoms (KINMOKUSEI) and the putrid, vomit-like stench created by the myriad gingko nut fruits (GINNAN) which have fallen to the ground (creating a serious slipping-danger for cyclists).

I was interested to find that wearing a mask seems to intensify the experience. It’s as if “pockets of aroma” get scooped up inside them creating a more lingering and powerful sensation. 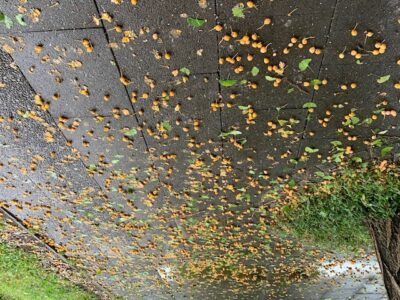 Stinky and slippery gingko nuts create a slipping-hazard for pedestrians and cyclists alike!

Anyway, the other day, with my head spinning from all this stimulation, I stopped at an intersection waiting for the light to change. I took a like around me (to try and spot the KINMOKUSEI tree whose fragrance was wafting my way at the moment) when my eyes were drawn to a soft purple glistening – flowers illuminated by the morning sun. At first glance I took them for YABURAN, which I have growing in my backyard. The sunlight was just right, though, and I decided that I`d have to snap a picture before the traffic-light turned green (the Japanese say turn blue – AO !). I fumbled with my smart-phone, hastily going through the process of activating it, inputting the security password, and setting it to camera mode, took a couple of shots, and was on my way! 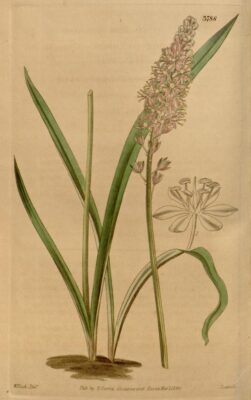 That very same evening though, as I was going through the day’s photos, I zoomed in on those flowers and realized that my first impression had been wrong. The leaves and flowers showed me that they were not YABURAN, but TSURUBO – flowering bulbs that grow throughout most of the Japanese archipelago, the Korean Peninsula, and parts of China (as well as in the gardens of certain enthusiasts in other parts of the world). Though it is a common roadside flower that blooms in autumn (Sept.-Oct.) it is of special interest, in my opinion ( besides being quite beautiful) for three reasons.

Firstly, its leaves grow twice a year! They first appear in spring, but these wither in the summer. Another set of leaves then sprouts in late-summer or early-autumn before the delicate looking flowers bloom along its spike-like stem in September and October.

Second is the fact that the bulb of this flower are edible – and are believed to have medicinal powers. When the bulbs are dug up (any time of year) you can remove any leaves or roots and grate it up, skin and all. Wrap this up in gauze to make a salve. This is said to be effective in treating lower back and knee pain as well as bruises. Just place the salve on the ailing spot and change it when the grated bulb has dried up.

There are also commercially available pharmaceutical products made using the TSURUBO bulbs used to treat burns, cuts and other ailments as well as cosmetic products for maintaining healthy and beautiful skin. There is even a TSURUBO-based mouth and nose-wash which is said to help prevent allergies. I have no idea if these are really effective or not, but people in East Asia have believed in the benefits of the TSURUBO bulb for centuries (if not millenia).

And finally, there is the matter of this plants name! If you check in field-guides or online you will find that TSURUBO (which in Japan has also been called SANDAIGASA (参内傘) because of its similarity to a type of parasol used by aristocratic ladies of the imperial court) has TWO scientific names:  Barnardia japonica and Scilla scilloides. Adding to the confusion is that it’s taxonomic classification has been changed (at the family level) from the Lilaceae family to the Asparagaceae family. So if you are checking a guide written more than twenty years ago it will tell you that TSURUBO is in the former family and a newer text will show the latter.

In English these flowers are called Japanese Jacinth, Barnardia japonica or scilla Japonica, among other monikers.

And as for their smell…. well… I didn’t notice. How could I with all the fragrant olive and gingko in the air?! 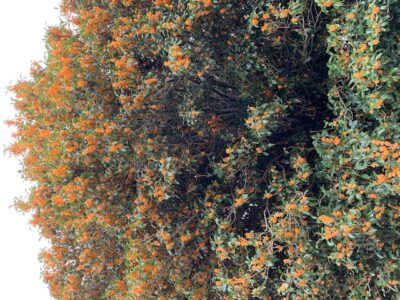