An Autumn Walk Through Yamanaka – one of Tsukuba`s old neighborhoods 13 October, 2020 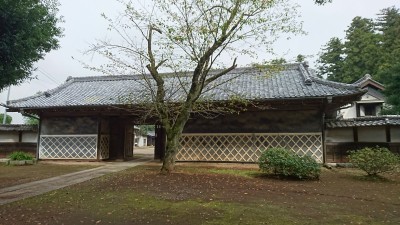 Gate to the village headman`s house in Yamanaka, Tsukuba

Autumn is my favorite time of year for wandering through Tsukuba`s rustic old hamlets, with their traditional-style homes, old shrines and temples, sacred stones, magnificent trees and plenty of fruits, vegetables and flowers in the gardens and fields (not to mention the raucous chattering of birds and all the intoxicating smells that accompany such a stroll). 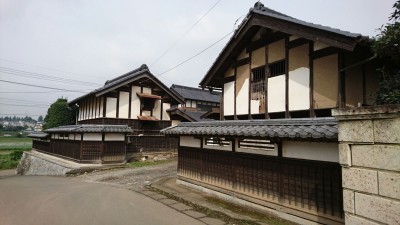 Old Houses in Yamanaka, Tsukuba. As in most other Japanese hamlets most people in the neighborhood have the same family name – in Yamanaka it is Ogawa. To distinguish between families nicknames are given to the houses. These are called YAGO. 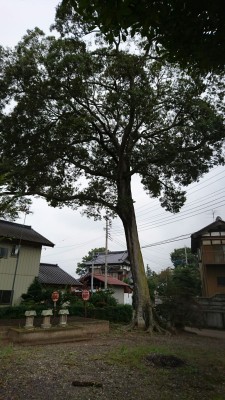 A large hackberry tree (enoki) stands in the center of the village. These trees were traditionally as distance markers (every 4 ri) and their leaves are the only food of Japan`s magnificent O-murasaki butterflies.

This past Sunday was a happy and well needed reprieve from the weather we`d been having (a long bout of cold and rain) and I took advantage of the break in precipitation to enjoy a stroll through Yamanaka, one of the old neighborhoods not far from where I live. I could feel all the tension of having been cooped up indoors slowly melt away as I made my way along its centuries-old paths and roads. 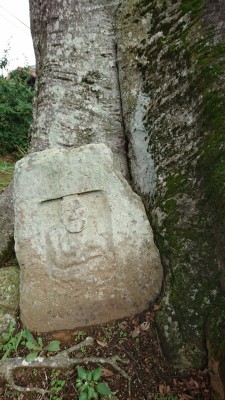 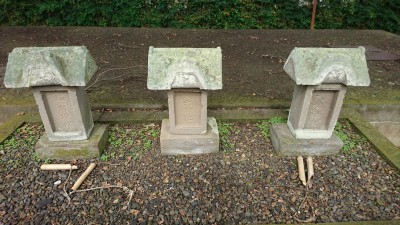 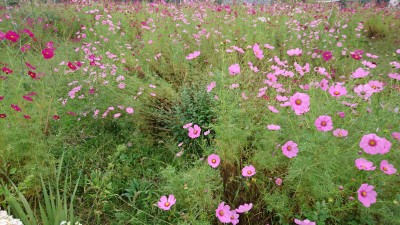 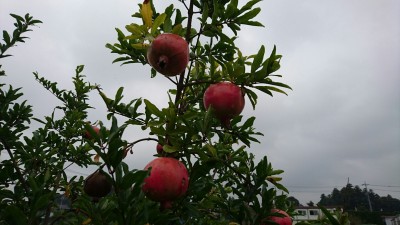 Deep red pommegrantes (zakuro) on a tree in Yamanaka, Tsukuba 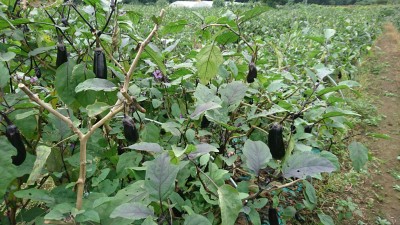 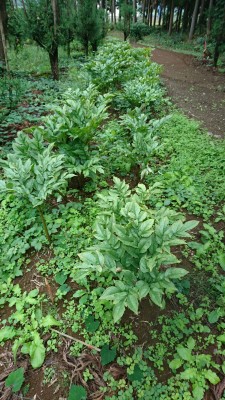 A row of konyaku plants. While Gunma Prefecture is now the number one producer of this tuber that is processed into blocks of distinctively textured jelly it is a traditional product of Ibaraki Prefecture and the process that allows it to be eaten all year round was developed by a farmer in northern Ibaraki 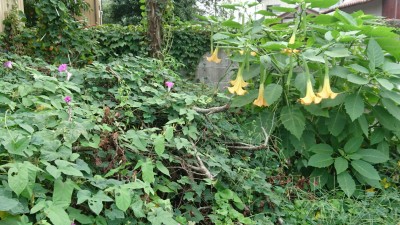 Flowers growing outside a home in Yamanaka, Tsukuba 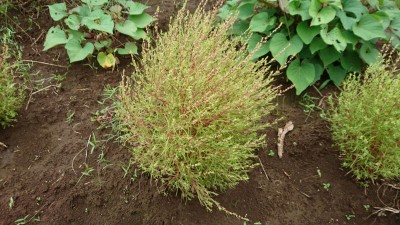 A plant from which brooms, a traditional local product, are made 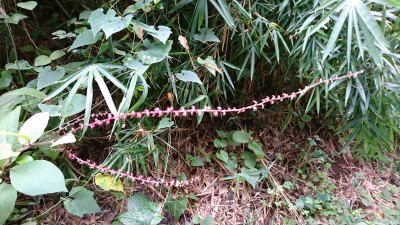 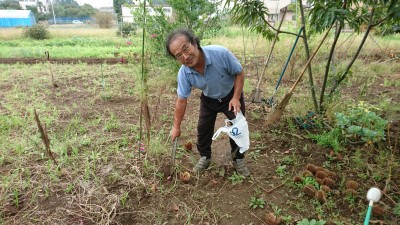 Ogawa-san gathering freshly fallen chestnuts with a pair of tongs