What are Japanese Autumn Beers ? More than you might think ! 18 September, 2020 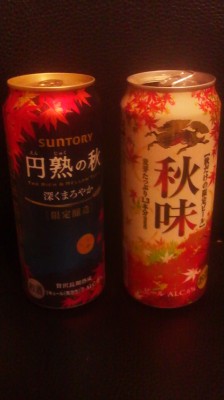 Though I see them every year – from September through November – displayed at convenience stores and supermarkets, I had never given what are marketed as Japan`s “Autumn Beers” much thought. And despite their very appealing deeply-hued “maple-leaf” can-designs, I had never bought or even tried one. I had always looked at them, and the banners that promote them, as mere seasonal decoration – like the ubiquitous plastic maple-leaf branches Japanese shops put up to celebrate the season ( a balance to the plastic cherry-blossoms of spring) – and nothing more. A way of connecting beer with the season – even after the true “beer-season” – summer, had passed. 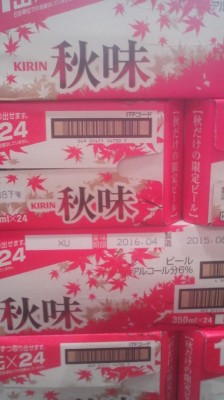 Cartons of “Autumn Beer” stacked up at a Tsukuba supermarket

And that’s how I had  basically dismissed as mere “facade” all the so-called “autumn-beers” … until the other day, that is.

What got me thinking differently about them – AND Japanese culture, in general, was another one of those chance encounters typical of the Tsukuba Science City – and one that lived up to my favorite slogan, one thought up by the hacks at the city-office : “Take a walk and meet a PhD “. 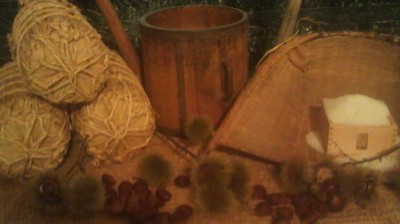 Autumn decorations in the lobby of the Okura Hotel in Tsukuba

The fateful conversation began when I said hello to the person sitting next to me while browsing the newspaper in a hotel lobby. After a few pleasantries, he told me that he was a specialist in fermentation who’d come to Tsukuba for a scientific meeting – and that he worked for one of Japan`s major beer producers.

With the hotel lobby decorated for autumn – chestnuts and straw sacks full of rice, my mind made the immediate connection: BEER COMPANY and AUTUMN – and the question that came out of my mouth (as if it had had a mind of its own) was : “What are autumn beers? Are they just a seasonal packaging and coloring gimmick?”

The answer that I got, though, really surprised me. I had always known that Japanese food culture was sophisticated – but what I learned had me more impressed than ever ! 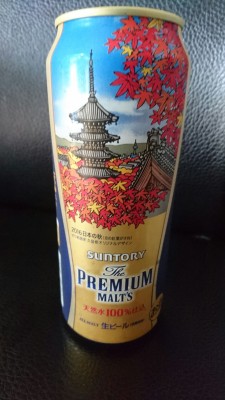 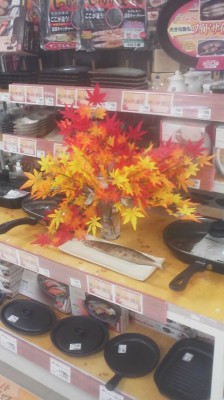 “No,” he said. ” It is not just packaging- though that is also something important for enjoying the season. But for autumn, we create beers that go well with typical autumn foods – chestnuts, mushrooms, sanma (pike mackerel), sweet potatoes, yams and so on…”

I was really quite taken aback by this answer, and found renewed respect for Japan`s famous sense of seasonality.

After saying good-bye to my new acquaintance I rushed off to the nearest convenience store and took an “Autumn Beer” out of the refrigerated display-case.  I quickly turned the cold metal can so I could read the label – malt, hops, alcohol….. and corn-starch ??? 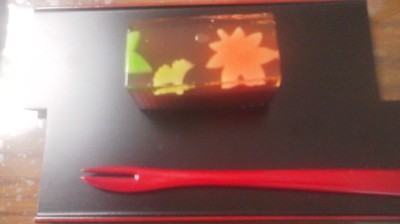 Autumn-motifed sweets – another way the Japanese celebrate the season ! 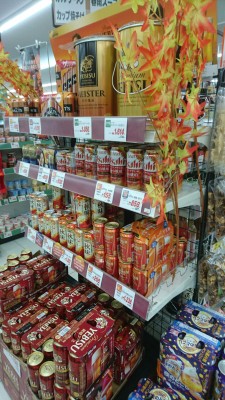 The “Autumn Beer” corner at my local supermarket