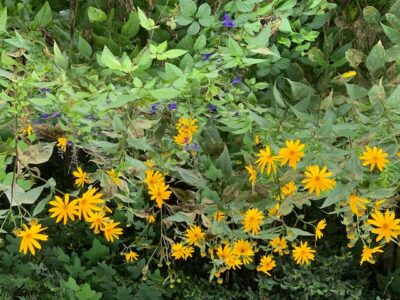 Jerusalem artichoke (kiku imo) flowers blooming by the side of the road (September 23, 2020) with their edible and nutritious roots harvestable in November and December. Originally from North America, where certain native tribes cultivated and ate them, they were taken by the French explorer Samuel de Champlain back to Europe where in the 17th century they became a trendy food item before falling into obscurity (due to the rise in importance of the potato, its own tendency to TAKE OVER any field it was planted in, and the fact that it doesn`t keep well on the shelf). In recent years, because of supposed health benefits (especially for diabetics, since it contains something called inulin) and a low calorie count, they have made a comeback of sorts, sometimes marketed as sunchokes. 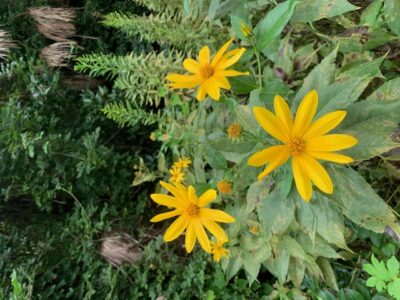 A closer look at the flowers of the Jerusalem artichoke. Interestingly, this plant is not an artichoke (though the first Europeans to taste its tubers were reminded of artichokes)  – nor does it have any special connection with Jerusalem! They were first introduced to Japan (and called KIKU IMO, literally:  chrysanthemum tubers) in the 1850s. Since then they’ve spread just about everywhere. Towards the end of WWll, with the populace (both of Japan and Europe) going hungry, they were important sources of nutrition. Now, however, they are sold for their health benefits (at hefty prices!), and there are those who enthusiastically promote their culinary uses! I had no idea that the large clusters of big, tall orange roadside flowers I’d been passing by  each September were vegetables with such an interesting history!

You learn something new everyday! I guess that could be my motto, living here in Tsukuba, where even after long years of exploration I continue making new discoveries, sometimes even several in a single day! Let’s take last Wednesday, for example, when I decided to try and find a new route to Ibaraki University’s Ami Campus – one that didn’t require having to push my bike up and over a pedestrian bridge to get to the other side of the Joban Railway-Line (like the route I usually take does). In search of easier passage, I headed towards Arakawaoki Station . It would be my first time there in a very long time (before the Tsukuba Express began operating back in 2005 that was where many Tsukubans got on the train to get to Tokyo.) and all sorts of memories were rushing through my head.

It was the first nice and cool day we’d had in a very long time, and I had left home early so that I’d have plenty of time to explore. I headed south, past half harvested rice fields and fields filled with autumn grasses and flowers – with only a few: bush clover, cosmos, and tsuyu gusa (day flowers), that I could identify by name. Outstanding though were clusters of large orange flowers dangling on the tips of long, tall stems… I made a mental note… that I`d have to find out what they were someday. 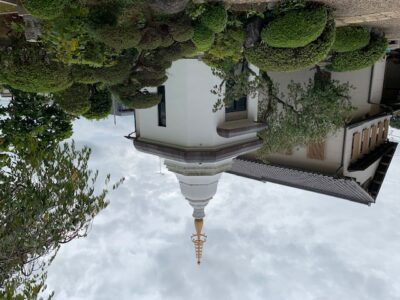 On the way to the station I found this Burmese-style pagoda at Jodo Shinshu temple called Bussho-ji (佛照寺). Inside it are funerary tablets honoring spirits the nearly 55,000 Japanese soldiers who died in Burma during the Battle of Imphal. Inside are funerary tablets representing the dead from each of Japan’s prefectures, along with maps and photos. 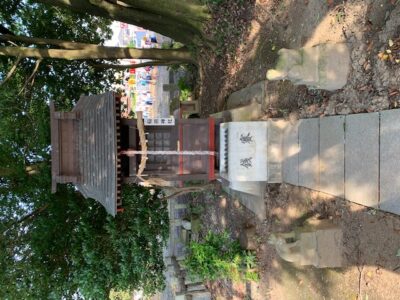 The Arakawaoki Inari Shrine near Arakawaoki Station is not your usual Inari Shrine, the type prayed to for good harvests, success in business, etc. It consists of two small shrines, each dedicated to the spirit of one of two government officials (a father and son) working for the Ushiku Clan, who in various ways helped the local people make it through the terrible famine of 1732 without a single fatality. 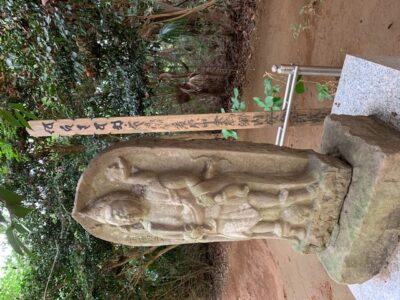 Turning into Otto (乙戸), a neighborhood I’d never explored before ( even having driven past it countless times) I found a Kashima Shrine with this Shōmen Kongō (青面金剛) Statue, dated 1756, on its grounds. This type of sacred stone is associated with Kōshin (庚申) ceremonies (of Taoist origin) which were held every 60 days in just about every village in this area during the Edo Period. Shōmen Kongō was believed to ward off various diseases ( especially smallpox). You can see him hear trampling on a demon while wielding various weapons. The recently placed wooded To-ba slab (inscribed in Sanskrit and Chinese characters attests to the fact that the local people still take good care of this spot. 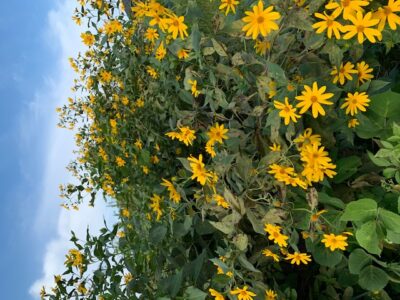 For years these roadside flowers had been for me an always-present, though anonymous part Septembers past – until someone taught me their name! Now each time I pass them (which is something I do quite frequently) I feel a surge of recognition, like running into an old friend – Ah! Kiku imo!

I found a convenient way across the railroad tracks 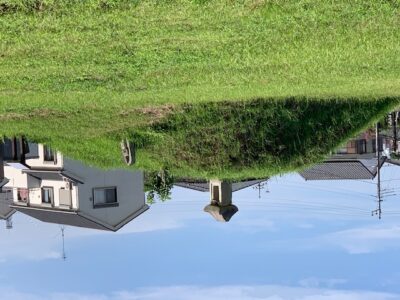 In the middle of a wide-open field of grass, completely fenced-off, I spotted this mound, covered with old sacred stones. I stood there by the fence, trying to think of a way to get closer and have a better look. Suddenly, a local farmer walked by. She told me that until recently, what is now a grass field, was a pond – and the hill in the middle, a small island. 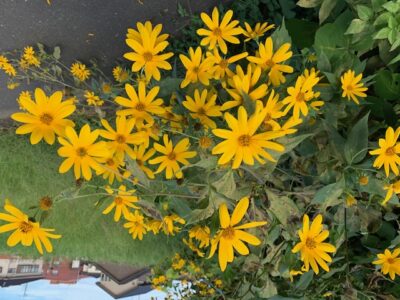 Struggling to continue the conversation, I looked around , and right behind me were the flowers I had been wondering about. Not expecting she would know, I asked what they were. She said “Kiku imo”. I took out my IPHONE and searched for its English name – and there it was Jerusalem artichoke! And I hadn`t known that for all these year. You learn something new every day! 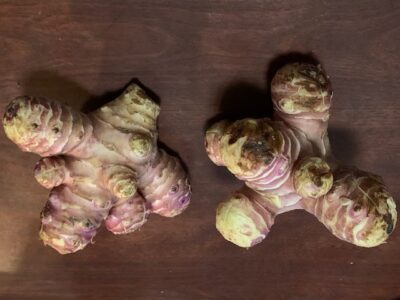 The Jerusalem artichoke looks a little like a piece of ginger. In recent years it has drawn a lot of attention because it contains good amounts of inulin, as well as plenty of vitamins (B1, B2, C) and minerals (iron and calcium). You can soak them in water for 10 minutes and eat them raw (or put them in a salad) – they are crisp and crunchy. Or you can zap them in the microwave, and eat them soft, fluffy and flaky – like a baked potato. You can also put them in stews or curries. 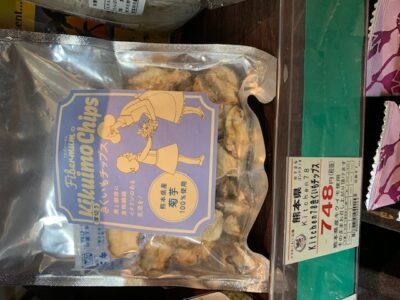 Dried and roasted is apparently a good way of eating Jerusalem artichoke – if you are interested in getting the most nutrition out of them. I bought these chips at WAKU WAKU HIROBA in the Lala Garden shopping mall. They taste nice (like GOBO, burdock root) plain, but you can also soften them up in your miso soup. 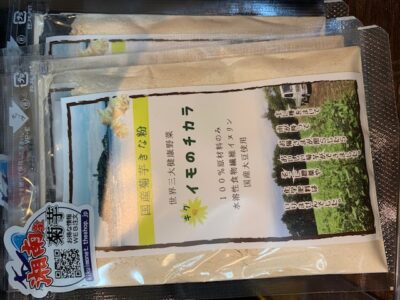 Here is recipe for Jerusalem artichoke I found in the New York Times.