Calm Before the Storm – a song evoking the morning of the 9/11 2001, as experienced by someone who worked in one of the Twin-Towers – from the Tsukuba-based band The TenGooz 10 September, 2020

September 11, 2020 marks the 19th anniversary of what has become known as the 9/11 Terror Attack – or simply 9/11. The occasion will (as usual) be marked by ceremonies, articles, editorials and special news features. There will also be a lot of reflecting.

One question  asked every year is “Where were you when you it happened?” – much in the same way that people of my parent`s generation were asked where they were when Kennedy was shot.

Since I am a New-Yorker, born and bred, it is only natural that I get asked the question more frequently than most other might be.

But no, I was not in Manhattan on that day, as were my cousin (who watched as the second plane slammed into the towers), or two of my high-school class-mates who perished in the towers on that  day – I was already living right here in Tsukuba (yes, it`s been that long – in fact MUCH longer!)

And what I was doing when I first heard the news was practicing with my band Xenophonia, which along with its next manifestation, The Tengooz, had a major impact on Tsukuba`s cultural life and influence a whole generation of younger, local musicians.

And while I wasn`t in the City (as we New Yorkers refer  to our home-town) that morning, I often tried to imagine what it would have been like if I had been. What would it have been like if I hadn`t come to Japan, but had stayed at home, lived in Manhattan, and had a job in the Towers… waking up on that beautiful autumn morning, having a typical New York breakfast, checking the baseball standings in the paper, taking the elevator down to the busy street, hailing a cab and going to work….

I made those imaginations into a song….

CALM BEFORE THE STORM

Breakfast on some bagels, lox, and eggs

and flakes made out of corn…

It`s the calm before the storm

Pick the paper up outside the door

my teams in tip top form

elevator takes me to the street

where people and cars swarm…

Calm before the storm

the driver honks his horn…

grab a coffee after I get out

The Calm before the storm…

You can listen to the track for free here:

I wanted to fill the intervals between the verses with music that evokes New York – rap and jazz. The rap in the first interval was written by a founding member of Xenophonia, Mr. Tom Debor. The song is called Small Talk and Tom`s lyrics go like this :

No time for small talk, small minds waste my talk, get caught up in the bullshits and next thing you know the ball drops, gotta stay focused, keep your eyes open, think I give a shit about your problems – Huh, you must be jokin`

The second interval was filled in by the great sax player, Mr. Michael Frei. 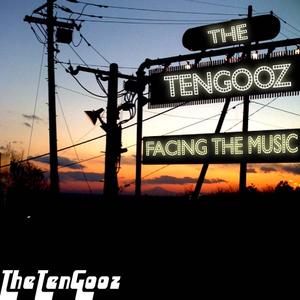