Newcomers to Tsukuba are usually taken aback by the intense and inescapable chirping of cicadas (semi) in late summer. Though some find it thrilling and ALIVE, for many, the pulsating whir these insects create can be mind-numbing, or at the other extreme nerve-wracking. For many Japanese, however, who can often differentiate the particular sounds created by each of the most common varieties, the cicada is a cherished symbol of the season, which not only indicates the time of year, but also, depending on which type is singing or at what volume, the time of day. Along with the cherry blossom, these creatures, who spend but a few above-ground days LIVING THEIR LIVES AT FULL THROTTLE before quickly falling away, represent that most quintessential Japanese concept, MUJO (無常), the passing nature of all things. 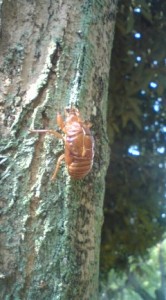 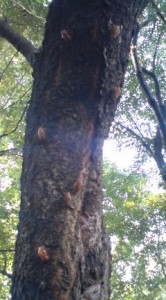 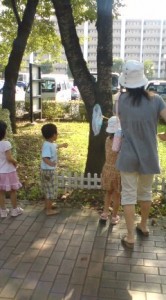 HIGURASHI that go KANA KANA KANA, evoking a sad feeling in the early morning or evening;

TSUKUTSUKU BOSHI who from mid-August start out with a Jiiiiiii- and then go on to repeat TSUKUTSUKUBOSHI;TSUKUTSUKUBOSHI again and again before letting go with a WiiiiYO-SU and finishing with its original Jiiiiiii. 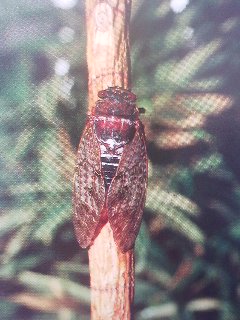