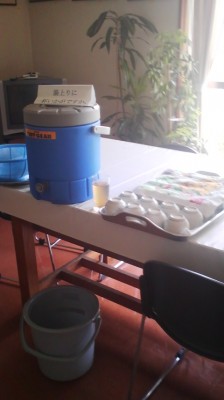 Japanese summer is now at full force- steaming, pulsating, sizzling and throbbing. Stepping out of an air-conditioned office or home (or even out of the shade) and into the sunshine is like entering another dimension- one in which  time has been slowed down. Everything around seems to blend together in the intense glare, just as your clothing soon seems to meld with your skin as you plod through the thick, weighty, humid air. Often the heat radiating off the pavement creates the illusion that even inanimate objets are alive (including the air itself) – something which seems even more exaggerated when accompanied by the crazed chirping and buzzing of the cicadas.

It might not sound very pleasant ( and it certainly isn`t), but it is still surely something to be experienced- at least once! But what do you do if you have to stay in Japan through the summer? How can one build up the resolve to get out of the house ? Well, in the next few posts I would like to introduce some of the ways the Japanese have traditionally made their EXTREME summers more liveable- and even enjoyable. Most of these ideas still work today! 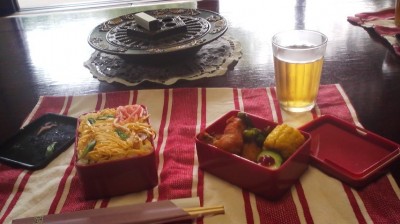 A glass of MUGI CHA with lunch 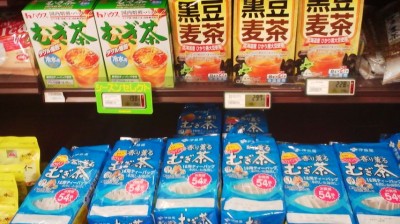 Varieties of MUGI CHA packets at the supermarket

One thing that gives incentive to those planning on going out for something during the peak of Japanese summer is the knowledge that when they reach their destination ( and when they get back home. as well) they will find waiting for them a glass, pitcher or perhaps a dispenser full of what might be Japan`s oldest continuously drunk non-alcoholic beverages- MUGI CHA (麦茶), barley tea – which has long been a beloved symbol of summer.

Though now you can find a wide variety of cold teas ( among all the other beverages on sale) at supermarkets, convenience stores and in vending machines, traditionally it was only barley tea which was drunk cold in Japan. It is still the most popular type of tea to be served up cold in large quantities. One reason for this is that it is cheaper than other types of tea- but there are other important reasons as well.

First  is the fact that barley tea, in which the roasted grains of barley are steeped in hot water, contains no caffeine, making it appropriate for children and teen-agers.

Then there is the fact that the Japanese feel that barley tea has a cooling effect on the body ( and I would not argue with that).

MUGI CHA is also apparently good for you in other ways too, containing plenty of fiber and iron and vitamin b. Some believe it can help prevent diabetes and anemia. I have long heard it said that it gets the blood flowing smoothly ( ketsueki sarasara ni naru)- whatever that means.

Another important point ( which holds true for many of the other cold teas available in Japan) is that MUGICHA contains no sugar and no calories. The Japanese have traditionally found non-sweet drinks to be more refreshing (especially in the heat), and this might be an important reason for relative slenderness, good health and longevity of Japan`s older generations when compared with their contemporaries in western countries who continuously guzzle high calorie high sugar content beverages throughout the summer. 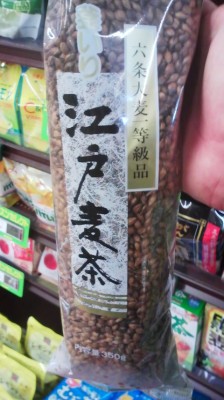 A packet of  some traditional Edo MUGI CHA

There is only problem for foreign residents and visitors who are offered the cooling comforts of MUGI CHA on a sultry summer day is- the taste!

Interestingly, it was  barley tea (so commonly served to me) that probably took me the longest to get used to of all the famous supposedly foreigner- unfriendly foods in Japan ( NATTO, UME BOSHI, and TAKUAN, I soon learned to love). And  it seems that many others agree with me ( I heard some visitIng researchers refer to it as horse-piss). This fact, however, comes as a complete surprise to the Japanese who never imagine MUGI CHA to be one of Japan`s more challenging tastes for those not brought up here ( so there will be no hesitation in offering it!).

Finally, however, after years of sipping it reluctantly, I have grown to appreciate and even savor, mugicha`s zero-calorie, cooling, nutrient giving refreshment- along with its taste of roasted barley ( something like very watered-down non-alcoholic beer). I even look upon it at times a life saver! 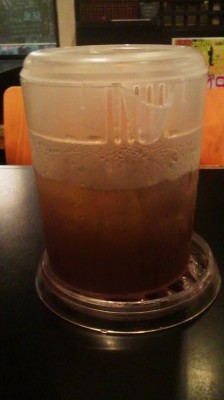 In summer, instead of the usual glass of water you might have a pitcher of cold MUGI CHA put in front of you at a Japanese restaurant

Records show that barley tea was drunk by the aristocrats of the Heian Period (794-1185). At that time it was called MUGI YU (麦湯)- barley water.

This means that barley tea has a much longer history in Japan than the green tea which has come to be known as NIHON CHA (Japanese tea) which was only introduced to Japan from the continent in the Kamakura Period (1185-1333).

Apparently in the Edo Period (1600-1868) roadside stands specializing in MUGI YU were all the rage, especially popular with young women.

In more modern times MUGI CHA could be brewed in large quantities with tea packs available at supermarkets. I have met many mothers who have told me how busy they are in summer keeping their refrigerators stocked with cold mugi cha which  disappears almost as fast as it can be chilled ( especially in families with active boys).

Mugicha has understandably been used as a HAIKU poetry KIGO (key-word) representing summer. Here is a poem I came across reflecting memories of a mother who always kept a pitcher of cold barley tea:

(which I translate roughly as: Making barley tea, I`m filled with regret, for not having visited my mother 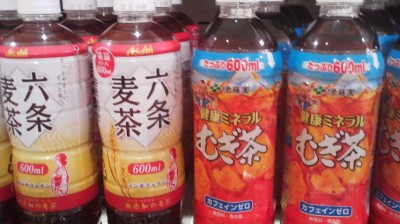 MUGI CHA in plastic bottles  Note theROKUJO-M UGICHA on the left. Many people assume from its name that this famous brand name in MUGI CHA has some connection to Kyoto (in which that is the name of a district). The truth is though that ROKUJO is the m\name of a variety of barley- six-tired barley, in English 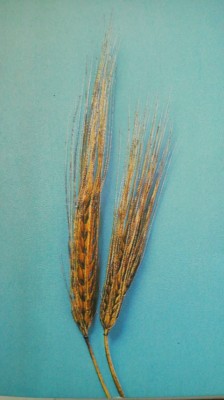 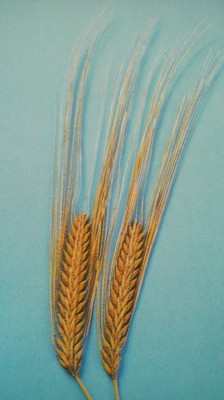