On August 13th, Ancestral Spirits Guided Back Home For the O-Bon Festival in a variety interesting ways in Tsukuba`s old neighborhoods 13 August, 2020 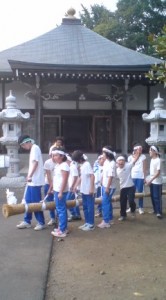 After 5pm the sun’s cruel and deadening grip began to ease up, and Tsukuba’s old neighborhoods started to come to life. By day, most adults had sought out the comforts of some air-conditioned refuge, while those with no such luxury sufficed with a shady place and a fan to laze away the day watching TV (not the customary High School Baseball Tournament, but some corona-virus related news prgorams!) . It was even hard to spot any kids outside enjoying summer vacation. It seems that, they too, much prefer to be indoors with their beloved video games which have overwhelmingly supplanted hunting for insects and playing in the fields as the number-one summer fun. 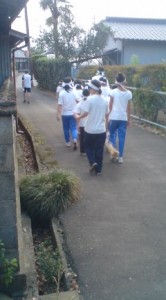 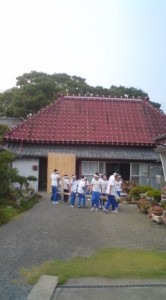 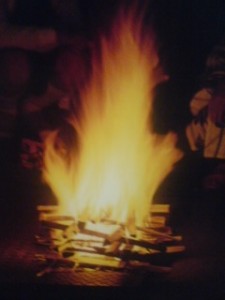 When the families arrive home, the spirits are symbolically purified with water and salt, and greeted with “長い道を御苦労さまでした (nagai michi o gokuro- sama deshita), you must be tired after your long journey!” Then tea is drunk and incense burned. 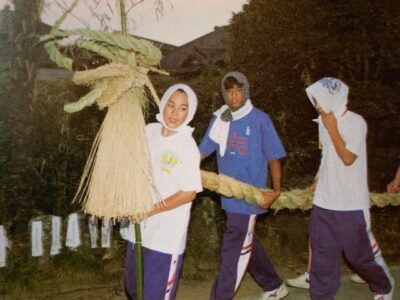 There is another Bon Tsuna event held every year in Sanoko (which though not far from Kurihara is in Tsuchiura City). There young people carrying the straw snake (with eggplant eyes!) wrap kerchieves around their heads and at the entrance to the graveyard call out : Ho-toke Sa-ma! No-rasse! (Spirits! Get on!) Then, on the way to each house they cry: Ho-tokesa-ma go-zatta! (The spirits are here!). At each house they make a “delivery” they say: Ho-tokesa-ma! Orirasse! (Spirit! Please get out here!) this is The only such event (out of many) that has surivived in Tsuchiura. 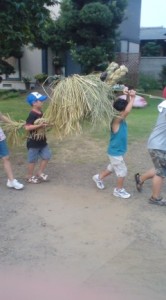 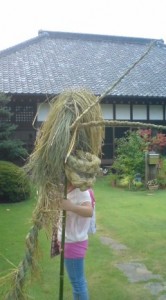 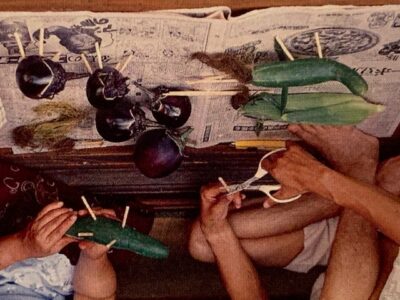 A family making horses and oxen form cucumbers and eggplants (respectively) – these represent a desire for returning spirits to arrive back home quickly (on horseback) and return to “that other realm” slowly – on the back of an ox. 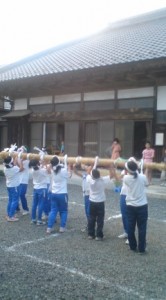 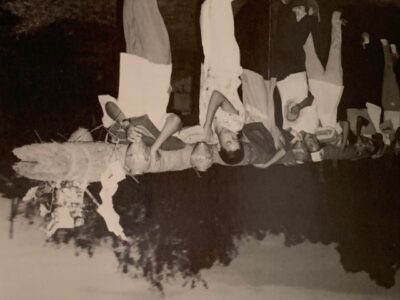 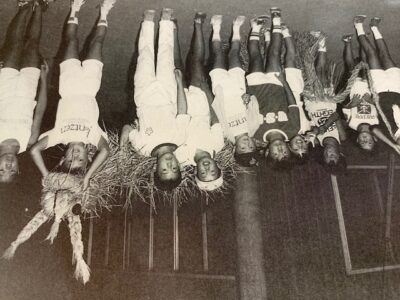 Another old photo of a bonzuna event in Tsuchiura (in another neighborhood where it is no longer practiced).