Kitsune no Kamisori ( 狐の剃刀) Bloom in Late Summer near Temples and Shrines ( and an introduction to Mt Tsukuba`s Iina Jinja 飯名神社 ) 31 July, 2020 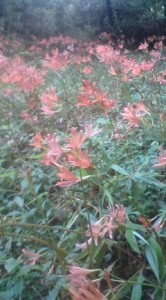 The Iina Jinja Shrine (飯名神社), stands on one of this area`s oldest sacred spots. And the fact that the shrine`s present outer structure is not very impressive can be said to be quite fitting- since that particular place was important to local residents long before the concept of building such structures was imported from the continent – back in the days when curious natural phenomena were deemed to be signs of divine presence and were marked off  reverently with sacred straw rope.

It was on this spot, on the lower slopes of Mt Tsukuba, in what is now the quaint old village of Usui (臼井), that the ancients discovered some large stones of interesting shape- most notably, one  boulder with a large slit down its middle. This was especially meaningful to people who had seen Mt Tsukuba and its two peaks as being representative of the male and female forces- this smoothly cracked piece of rock was deemed to be representative of the female force!

Throughout the centuries, through all the changes in religious and political current, the local people continued to view this spot as being important for worshipping the FEMALE FORCE.

This is evident is the name used by the locals to refer to the shrine, built long ago on this ancient sacred ground. Though officially called  various names over the ages: Iina no Yashiro (飯名の社), the Inanomiya (稲奈野宮), and Iinano Jinja ( 飯奈野神社), the residents of Usui Village have use the moniker the Inano no Benten (イナノの弁天). This is significant because Benten ( an alternate name of Benzaiten) is the Goddess of Femininity ( as well the arts, etc.)

So while regional rulers ( or other outsiders) have turned the spot into a shrine dedicated to various gods in the Shinto Pantheon ( though originally it was only to UKEMOCHI NO KAMI, the same rice deity enshrined at Japan`s numerous Inari Shrines), the local people still bear in mind the memory of the area`s ( and its stones`) original significance.

The shrine with its numerous sacred rocks is a favorite place of mine, especially for the refuge from the intense summer heat provided by the deep woods in which it is set. (Despite what I said above, the shrine building is also, in fact, quite amazing, with stories told in intricate wood carvings which can be seen if you walk around the back and peek in).

As I was there the other day, surveying the carvings and basking in all the dizzying GREENERY ( green rocks, green tree trunks!) my eye was attracted to a large patch of orange off in the distance. 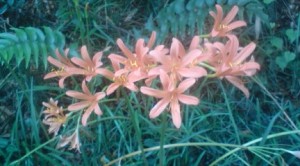 Kitsune no kamisori (狐の剃刀), near the Iina Shrine ( 飯名神社) on Mt Tsukuba in late summer

I crossed the road for a closer look. There in a sunnier space provided by a young persimmon orchard, was growing a carpet of the flower known as KITSUNE NO KAMISORI, a flower that is not very commonly seen these days, but  one with a very memorable name. 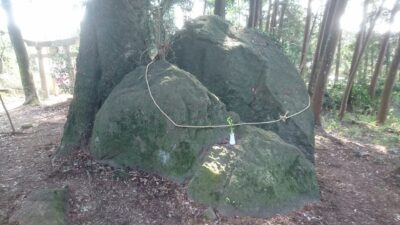 For practitioners of esoteric Buddhism these cracked boulders were embodiments of the “female-force” . 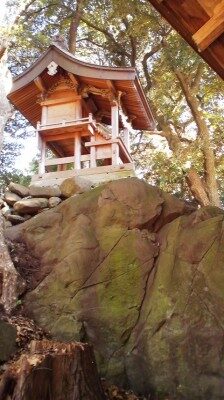 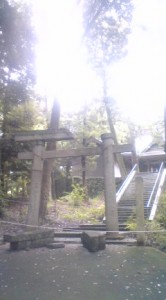 Kitsune no kamisori means Fox`s razorblades in Japanese, and the name is said to derive from the color of the flower ( brownish orange), and the shape of the leaves ( which fall off, interestingly, before the flowers bloom in mid-August).

These flowers are related to the much more commonly seen ( and much more well known) flowers the Higanbana ( 彼岸花)- spider lilies, which bloom around the time of the Autumnal Equinox ( when the Japanese believe their ancestors can be more easily contacted).

Interestingly, the Kitsune no Kamisori bloom around the O-Bon season, when the ancestors are believed to come home. 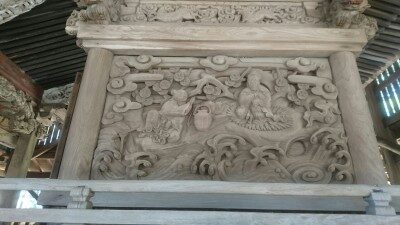 The carvings depicting Taoist tales of the immortals 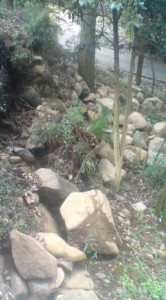 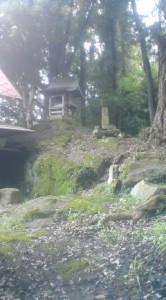 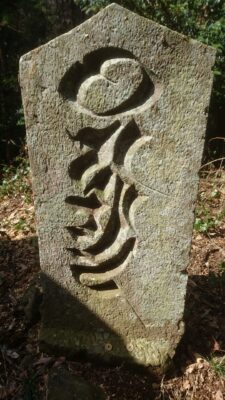 An old stone with Sanskrit carvings hidden behind the shrine attest to the fact that the building was once a Buddhist temple. The inscription bears the name of Fudo Myo-o 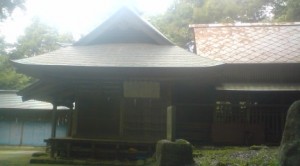 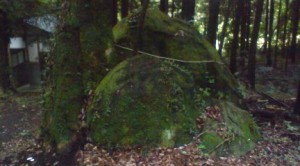 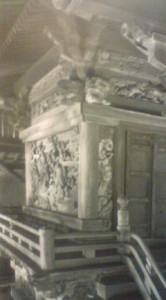 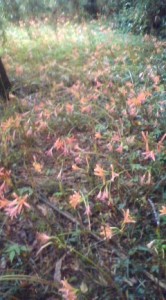 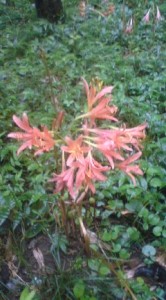 Kitsune no Kamisori near the Iina Shrine on Mt Tsukuba 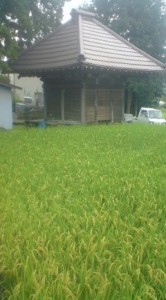 Down below the Iina Shrine, at the base of Mt Tsukuba is this old Yakushi-Do (薬師堂), a prayer hall housing an image of Yakushi Nyorai

Of course, it is interesting to visit the Iina Shrine any time of year. If you go in August you will probably be able the see the patch of Kitsune no kamisori.

However, the most exciting time of year to go would be for the festival on the first Day of the Snake of the New Year ( according to the Old Calendar, Kyu-Reki, 旧暦). Why the Day of the Snake- because that is the animal most closely related the the Goddess Benten, the Female Force. 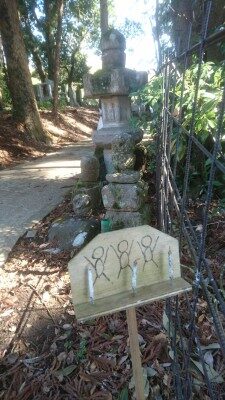