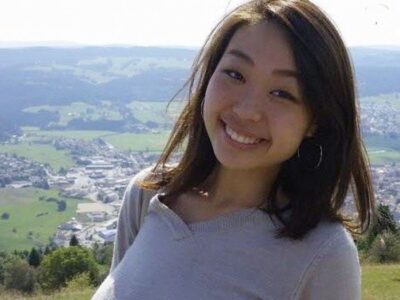 Narumi Kurosaki, a Tsukuba University student who had been studying in France, disappeared in 2016 after she had been heard arguing desperately in her dorm-room with her ex-boyfriend (who had met her while he was studying at Tsukuba University). She was 21 years old and a third year student at the time. Though she is presumed dead her remains have never been found. After years of negotiations, the chief suspect, the above-mentioned ex-boyfriend, has been extradited to France from his home-country Chile.

There have been several horrific murders associated with Tsukuba over the years – and a few of them, the most notorious ones in fact, have remained unresolved, leaving no sense of closure to either the victims` families or the community.*

Though the disappearance (and alleged murder) of Narumi Kurosaki took place in France, the incident has caused great pain here in Tsukuba – since she was a student at the university here  and was studying abroad on an official exchange program between Tsukuba U. and a French university in Besancon.

Well, the chief suspect (who also spent time studying at Tsukuba U.) has finally been extradited to France where he will be tried. And If indeed he is the killer, we hope with all our hearts that he provides some sense of relief and closure to Narumi`s poor parents by revealing what he did with her remains…..

Instead of my writing out the details of the legal procedure that have culminated in the extradition, let me give you this link to all the Japan Times articles on the case.

I will though in the future, keep you post on what the reaction is on the Tsukuba U. campus.

* The most notorious among these unresolved incidents are:

The assassination on July 11, 1991 of Tsukuba University Professor Igarashi – the Japanese translator of Salman Rushdie`s Satanic Verses. Igarashi-sensei`s throat was slit by the elevator near his office on the university campus.

The murder of a 19 year-old Tsukuba University freshman in May 1999 (she had just started school the previous April). Her body was found in the wood somewhere in western Tsukuba, and her killer was never found.

And the double murder of an elderly couple at their home sometime between December 30th 2017 and New Year`s Day 2018. No arrests have ever been made and you can still find posters and leaflets at all the community centers in Tsukuba asking for any information that might help the police solve this case.