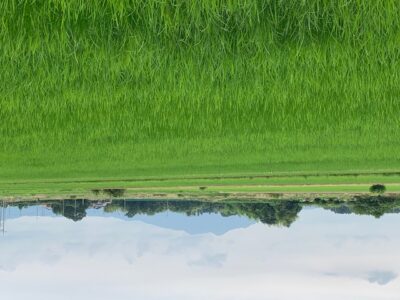 July in Tsukuba (and most of the rest of Japan) is supposed to be blisteringly hot. My usual postings at this time of year are on traditional ways of keeping healthy and comfortable during the steamiest time of year. Eating eel or having some shaved ice, setting up some rattan shades to keep the strong sunshine out of your house or hanging up some wind-chimes for the cool-inducing effects of their tinkling….

But being a person who prefers the cold, I have been quite happy with this year`s endless succession of overcast, rainy and chilly days (I actually had to put on a jacket last night when I went out!). Instead of tossing and turning in bed, sticky and uncomfortable on the sultry summer nights we are supposed to have at this time of year, I have been sleeping like a baby. 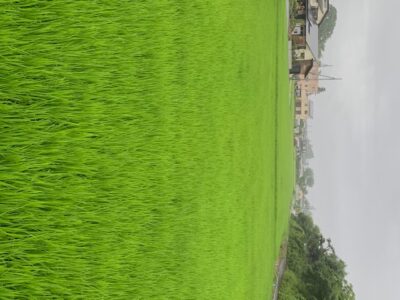 The local rice farmers, though, have been spending restless nights because of the weather – they are worried about this year`s harvest. You see, for their rice plants to grow well they need the rainy season of June to give way to the heat and sunshine of July and August. This year`s chill and darkness, though, are bringing back bad memories – memories of the failed harvest of 1993, which is sometimes referred to as Heisei no Kome So-Do (平成の米騒動) – the  Rice Riots of Heisei (with a reference to the Rice Riots of 1918 (which were actual, violent riots, while in 1993 there was only market confusion and consternation among politicians (who had to relent and agree to let rice be imported into the country) and consumers (who had to eat Thai rice!) 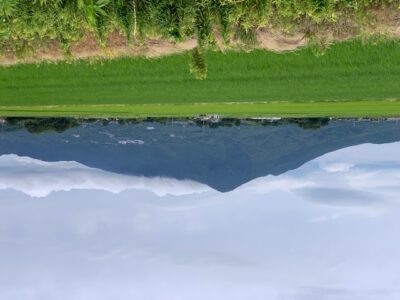 Rice fields in Mimori (水守), Tsukuba (as seen from the site of the old Mimori Fortress where Taira no Koremoto  had his headquarters in the Heian Period).

Back then they had a record setting cold, cloudy summer, something that was attributed to the 1991 eruption of the Mt. Pinatubo volcano in the Philippines. No one can explain as of yet why it has been so cold and dark this year, but no matter what the reason, if the rainy season doesn`t give way soon, we might see a “Rice Riot of 2020” at the end of this year – as if things have not been bad enough already. 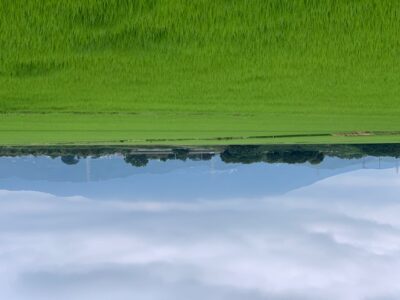 Rice fields in Ozone (大曽根), Tsukuba (behind the Senko-ji Temple 千光寺） with Mt. Tsukuba enshrouded in the clouds of the seemingly never-ending rainy season of 2020

On top of the human and economic damage brought on by the corona-virus pandemic, certain parts of Japan (mainly Kyushu Island in the south-west and central Honshu) have been devastated by deadly floods caused by continual torrential rainfall concentrated on specific areas (which the meteorologists are calling SENJO-KO-SUITAI 線状降水帯 – linear rain bands – an expression I had never heard before).  Five years ago in 2015, Joso City, Tsukuba`s immediate neighbor to the east, fell victim to the same phenomenon. Whole neighborhoods were swept away in the resulting deluge. Yesterday I overheard some worried talk…  the rain bands that have been tormenting Gifu and Nagano Prefectures might be heading this way… 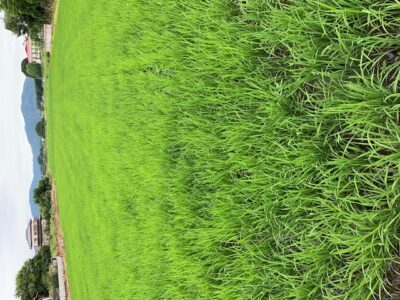 Rice field in Maeno, Tsukuba. Mt. Hokyozan (Mt. Oda), whose slopes where covered with important Buddhist temples between the 13th and 16th centuries) is seen in the distance

Let`s hope that within the next ten days or so, the Japanese media can start dishing their typical, time-worn advice for late July – on how to beat the summer heat! 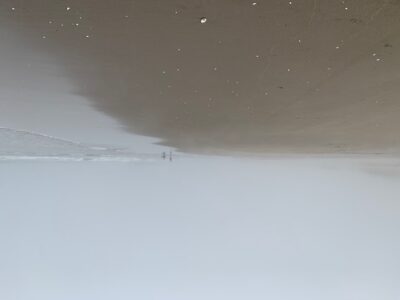