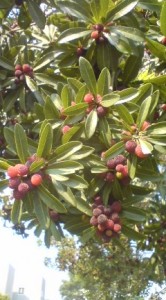 A yamamomo tree on The Tsukuba U. campus 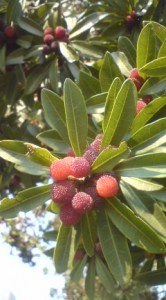 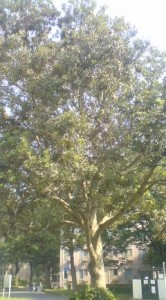 A full view of a yamamomo tree

Sometimes called Chinese bayberries in English (scientific name- myrica rubra), YAMAMOMO are native to Japan and China, and can be found growing in East and South-East Asia. The YAMAMOMO tree flower in April and bear their fruit, in clusters, in June. The berries do not keep very well, so if you do pick them you will want to eat them right away (and NOW is the absolute best time, and the harvesting season lasts about 2 weeks). Japanese people also use the berries to make jam and YAMAMOMO flavored liquor. 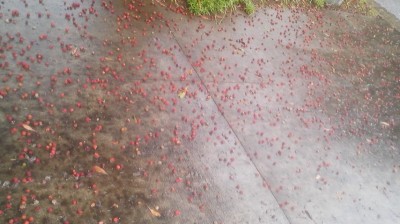 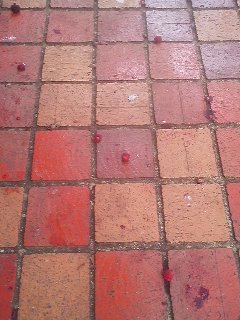 Remember, you have about a two week window of opportunity to pick these berries at their most delicious. After that its back to dried, canned and frozen! There are plenty of their trees around Tsukuba ( I have already told you the general location of one) and in Tokyo as well (where they are a common roadside tree). I`m not gonna give any more details on the trees whereabouts ! I dont want to spoil the joy of the search for you!

Ok, I`ll give you a hint. Try Minami Odori, between Kojima Denki and Higashi Odori ( or along Nishi O-Dori at the main entrance to Doho Park)! 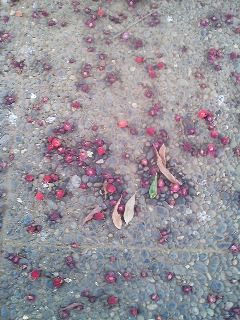 What it looks like under a YAMAMOMO tree (Teshirogi, Tsukuba )