Another of the 25 MANYOSHU Poems Which Refer to Mt. Tsukuba- translated into English and discussed 22 May, 2020 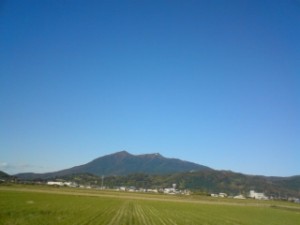 One of the great points of pride for the people who live in my old neighborhood, Hojo, near the foot of Mt. Tsukuba, is that this mountain, so close at hand ( and to the people`s hearts), is mentioned in the Manyoshu- the oldest collection of  classical Japanese poems ( compiled in the 8th century) and one of the cornerstones of Japanese civilization- more times than Mt Fuji !

Now how is it, you may ask, that in this land of majestic peaks and mysterious volcanoes, that what could be considered a mere hill ( at 877 meters in height) would be mentioned more times by the poets of yore than what is now one of the world`s most ( if not THE most) famous mountain?

Well, the answer lies in Mt. Tsukuba`s shape. Its twin peaks have long symbolized for the inhabitants of this archipelago the interaction of the MALE and FEMALE FORCES.

For this reason, mentioning the mountain implied not merely the geographical entity itself- or perhaps not even at all- but the powerful force it represented- the subject of so much of the worlds poetry- love and sex.

The best known of the Manyoshu`s poems mentioning Mt. Tsukuba, one which is part of the Hyakunin Isshu collection of poems, surely speaks of the mountain in a purely symbolic way ( as I have discussed in a previous post) as its author describes the Minanogawa River (男女川- these characters literally mean: the Man-Woman River), a stream which still flows down from the valley between the Male and Female peaks, as a gushing river. The Emperor who composed this well known work clearly had not actually visited the mountain ( or even if he did, used the mountain and the river in a symbolic way).

Today I will introduce another one of the 25 Manyoshu poems which mention Mt. Tsukuba ( as opposed to the 13 which refer to Mt. Fuji). Once again, the mountains symbolic presence is more important than the mountain itself. It goes like this:

Which I translate loosely in order to convey what I have found this poem to mean:

my mother keeps watch over me

But despite her vigilance,

his soul and mine

Let me now break down the poem word by word so that you may interpret it for yourself  and decide what the original writer had in mind.

TSUKUBAMINE NO- Mt. Tsukuba`s ( and as I have mentioned this name automatically carried with it connotations of men and women, marriage, and  getting together physically)

OTEMONOMONI ( an archaic expression meaning here and there).

MORIHESUE ( guardmen)- I am not sure if this actually refers to specific guardmen who were actually present on Mt Tsukuba itself  ( I have never heard of such a thing) or just  symbolic chaperones or guardians of young girls virtues- I have omitted mentioning guardmen and make the whole mountain itself on vigilant guard over the Kanto Plain ( as it actually seems to be). I have, however, offered an alternative version of my translation below.

HAHA IMOREDOMO ( mother watches over me)

This poem was either written by, or from the point of view, of a young girl of good family. The difficult point, it seems to me, of interpreting this poem, is deciding whether or not the secret lovers have actually met and made physical love, or if they have merely come together IN A DREAM.

As I have said, Mt Tsukuba carries with it sexual connotations, and the mentioning of the mountain seems to me to be suggestive. However, the poet(ess) says- our TAMA (魂) have met, and this might indicate that the lovers have met in a dream ( which in those days might have had just as much significance as getting together in person.

I have decided to render the work in English with the latter interpretation. Though the young girl`s mothers is protective of her daughter and concerned about who she will marry to the point of obssession, it is the girl herself, in the freedom of dreams who decides her own destiny.

Still, I could change my opinion about it tomorrow- but thats what makes certain poems great- they carry different meanings for anyone who reads them- and can be understood differnetly at different times in ones own life.

No matter what you think the poem means, when I read it ( along with the 24 others that mention Mt. Tsukuba, I cant help but share the excitement of my neighbors, in that these works, so old- yet so fresh, were written with OUR mountain in mind.

An alternative translation would be:

my mother keeps watch over me

But despite her vigilance,

his soul and mine

have already been joined as mates

I have written more about poems mentioning Mt. Tsukuba in this article on the HYAKUNIN ISSHU poetry collection.