In Tsukuba, Spirits are Lifted a Bit by the Sweet Smell of Magnolias ( MOKUREN and KOBUSHI) 13 March, 2020 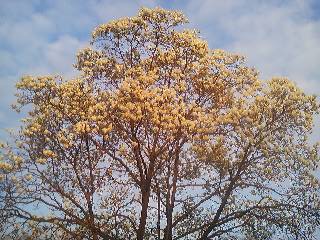 A huge magnolia ( hakumokuren, 白木連 ) which burst into bloom in Matsushiro, Tsukuba

Tsukuba’s abundant magnolia trees have burst into bloom again, flooding my mind with memories of  spring- especially that of 2011. I am re-posting an article which I wrote a few weeks after the Great March 11th Disaster of that year: 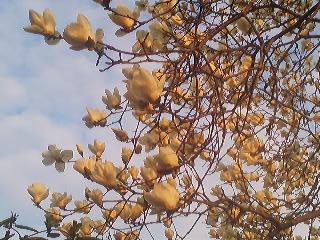 Until about three PM on March 11th 2011, it had been a glorious day- sunny,warm and full of the spirit of NEW BEGINNINGS which the first fine day of spring usually brings with it. (This was especially true for me, since I had just had the sutures from my gallbladder surgery  removed that morning at about 9:30 that day and was looking forward to a life without gallstones for the first time in more than ten years.)

Just after the great earthquake struck, however, at about 2:40 PM, the sky grew dark and the temperature began to drop dramatically in the affected areas, leading to great discomfort  for those of us in Tsukuba ( far from the greatest devastation), and to absolute hell for those left wet and homeless in the regions hit by the Tsunami. These winter-like conditions persisted nearly without a break for about 3 weeks ( leading some to conjecture that there might have been a connection between the quake and the weather!), and mercilessly added to the great suffering in the North-East. For those of us in Tsukuba,Tokyo or any of the other less strongly hit cities in the Kanto Area, the frost and wind merely reinforced the sense of despair. 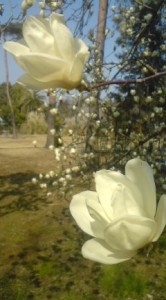 A closer look at the same tree

Finally, on April the 6th, the cold let up , the wind died down and the sun came out and shone brightly, soothing our  bodies, which had grown exhausted from the daily barrage of  horrific news reports, the cold, and concerns over radiation. Basking in this warmth, I could actually feel the tension-induced-stiffness in my muscles melt away.

Then, while walking in Tsukuba`s Matsushiro neighborhood, a sweet scent came to my nose- which grew stronger as I proceeded. It reminded me of arriving at the airport in Honolulu, with its  numerous LEI ( flower necklace) shops which fill the terminal with a sweet and welcoming fragrance. I closed my eyes and breathed in through my nostrils- AAHHH. When I finally looked ahead I saw a beautiful sight, courtesy of those who designed the neighborhood. Both sides of the street were bursting with what seemed like countless white stars. The flowers of KOBUSHI(辛夷) trees,( known as kobushi  magnolia trees in English), a native magnolia which  is now a popular roadside and garden tree, and has long been a symbol of spring. In fact, an alternate name for this tree is the TA UCHI ZAKURA (田打ち桜), literally the rice planting cherry, whose blossoming time was used as an indicator of the quality of the upcoming autmn rice harvest ( for example, when it bloomed earlier than in an average year a good harvest was expected).

One thing which struck me as I observed the blossoms which grow at the tip of the branches was how each flower had a single green leaf growing  at its base- a distinctive feature of the KOBUSHI. 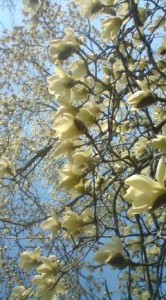 Looking up from under it

Later in the day, near Tsukuba University, I spotted an immense tree, also glistening with abundant white flowers. I headed for it. It was a relative of the KOBUSHI, the HAKUMOKUREN ( 白木蓮), another tree whose blossoming signals the coming of spring ( though this species was introduced to Japan from China). Standing under it, inhaling its perfumes, and soaking up the heat of the sun was truly an invigorating, solemn experience. Especially after this year`s exceptionally long and disasterous winter 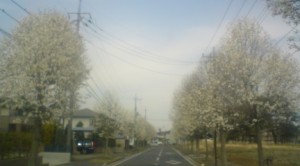 While in English both the KOBUSHI and HAKUMOKUREN and called magnolias, for the Japanese they are completely different flowers. Its easy to tell the difference, too. The KOBUSHI flowers has petals which look more like a limp starfish, while the mokuren`s blossoms look something like tulips ( you can compare the photos I have posted). 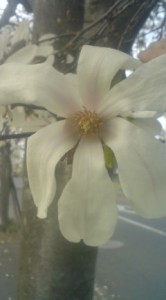 An up close look at a KOBUSHI (辛夷) blossom in Tsukuba

For those of you who are understandably not yet in the mood to do anything smacking of FUN, I would recommend seeking out these trees and having a good look and smell. It can be a very healing experience, and a reassuring sign that there is RENEWAL up ahead. 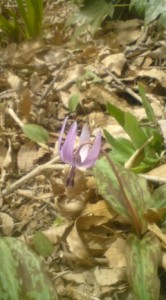 I have also written about WILLOW TREES ( yanagi, 柳)  in Japan and Japanese culture, here: