It is customary for Japanese families with daughters to pack up and put away the Hina Doll sets they had been displaying for the March 3rd Doll festival on the VERY NEXT DAY after the festival (March 4th). You might notice how in a strangely similar fashion most of the Santa-Sans and other X-Mas decorations which could be seen around Tsukuba leading up to Christmas Day will have been whisked out of sight by the end of December 26th, as most Tsukubans ( and Japanese in general) start getting down to the very serious business of preparing for O-Shogatsu, the Japanese New Year’s festival. 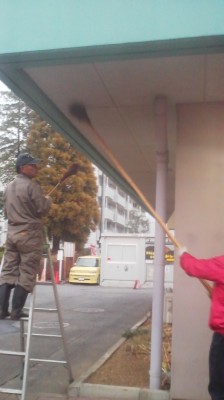 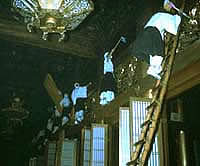 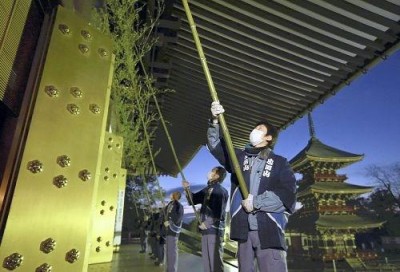 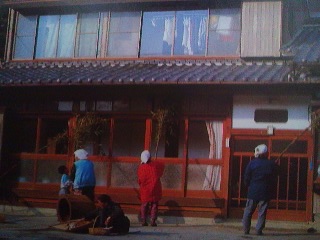 End of the year cleaning

These days, however, it is much more common to begin final preparations, in earnest, just after Christmas (though New Years Gifts, O-Seibo, お歳暮 are usually selected and sent to parents, teachers, and others we are indebted to by early December). Many families have big cleaning events on these days, and when this is finished, houses are ready to be decorated with KADOMATSU (bamboo and pine decorations for the entranceway), shimenawa (sacred rope), and other auspicious decorations such as Kumanote (decorative rakes which symbolize raking it in) and wreath-like door decorations. These can be seen on sale at any home center, department store, supermarket or COMBINI. You can also see all the many different types of decorative zodiac animals for the coming year. Next year’s animal will be the boar, and many Japanese will purchase some sort of figurine or picture depicting wild boars to display for the duration of 2019. 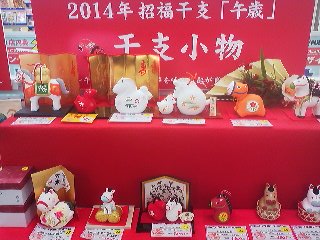 A wide selection of horse figurines on sale in anticipation of a past Year of the Horse – 2020 will be the Year of the Mouse. 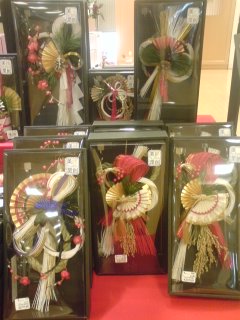 New Year`s decorations on sale at a department store 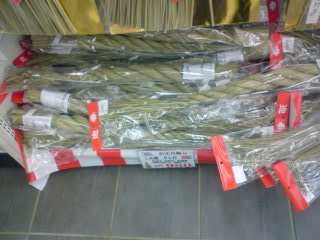 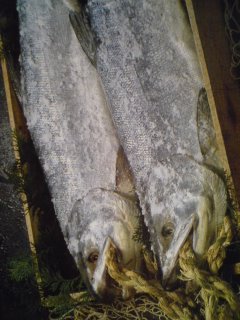 As you can see, O-Shogatsu is complex for the newcomer to Japan to grasp, and this has probably been a lot to digest in one posting (especially after all the year-end parties we’ve been having!). So for the next couple of weeks leading up to O-Misoka (New Year’s Eve), I will go into each of these fascinating above-mentioned O-Shogatsu customs in more detail. And then I will go on talk about how to spend the actual holiday itself. Don’t forget to keep checking Tsukublog! 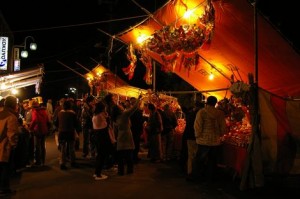 And, by the way, in Yatabe on Dec.28th, there will be a market which will run from 5-8 pm . All the necessary O-Shogatsu decorations will be available for purchase and being photographed. It’s called the DORO-ICHI. You can find it at the Yatabe Elementary School. 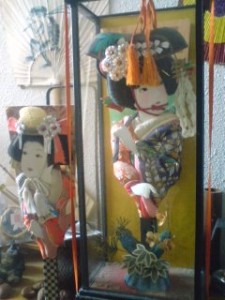 Hagoita are highly decorated versions of a paddle ( racket) used in a traditional children`s game (that resembles badminton- without a net) called Hane Tsuki. This game was thought to bring good health as batting the fly-like shuttle-cock represented swatting away disease carrying mosquitos. 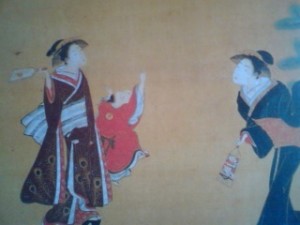 In the same way, the decorative HAGOITA are meant to represent driving away bad energies and bad luck, etc. These paddles come in various sizes ( size reflects economic status!!) and in the Edo Period they began to decorate them with images of the great Kabuki stars of the day. And though these old stars still predominate on the hagoita designs, every year we can find images of the past years biggest stars.

At the Yatabe market- the Doro Ichi on the 28th, you will also find a lot of Daruma Dolls ( as you will at practically all temples and shrines over the holiday).