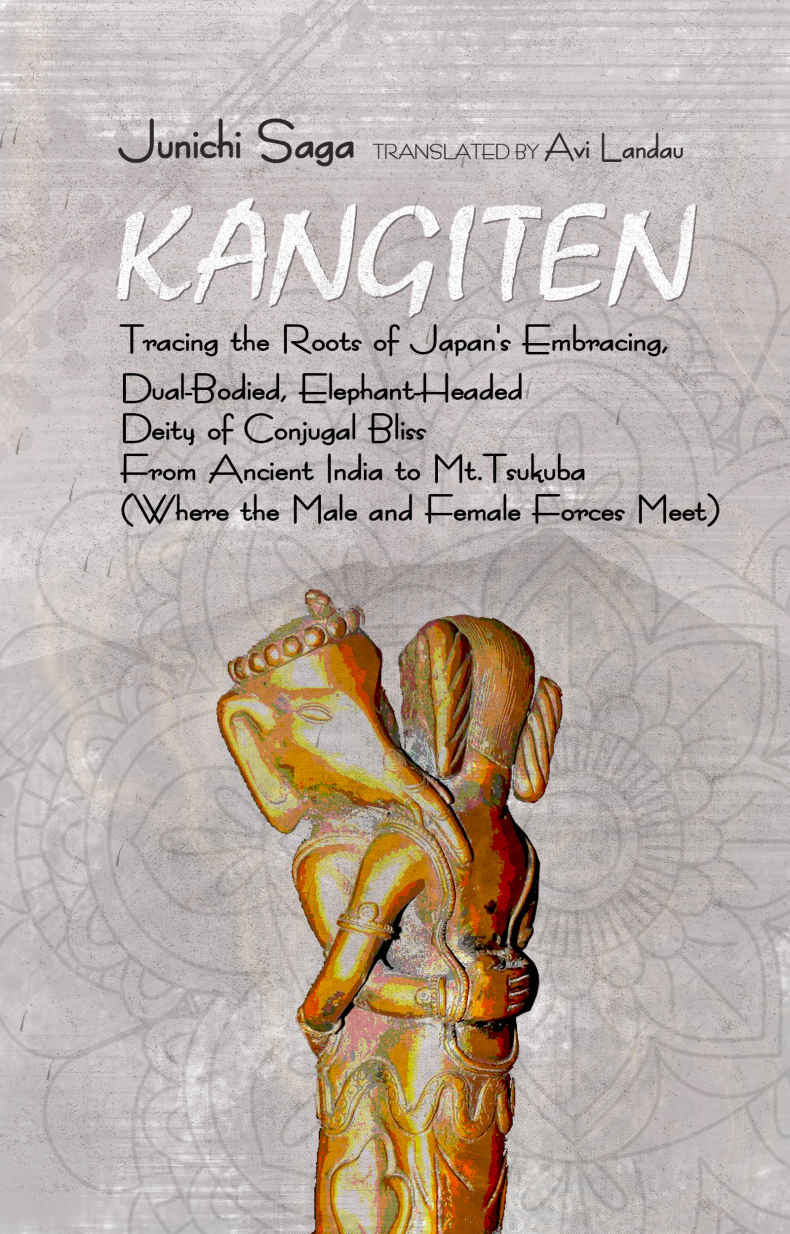 Hearing rumor of the existence of beautifully rendered wooden carvings of sexually suggestive daikon radishes on a half-forgotten Shinto Shrine far out in the Japanese countryside, internationally acclaimed author, Dr. Junichi Saga, visits the site in order to see them with his own eyes. There he discovers a magnificent wooden hall covered from top to bottom with elaborate carvings. More importantly, he is astonished to learn from a local parishioner that the shrine had once been a Buddhist temple at which an embracing, dual-figured, elephant-headed deity named Kangiten had long been worshipped.
Join the good doctor in his quest to discover the roots and significance of what he learns is the Deity of Sexual Bliss, and its connection (if any) to the carvings on the shrine`s wooden hall.
Learn of how a Hindu-revival in India resulted in the absorption of various Hindu deities, artistic motifs, and religio-philosophical concepts into the school of Vajrayana (Esoteric) Buddhism (Mikkyo, in Japanese) whose introduction to and surprisingly rapid proliferation across Japan more than a thousand years ago, Dr. Saga sees as an essential catalyst in the creation of Japan`s classical Heian Period culture (as opposed to later Japanese cultural periods more influenced by the Zen and Jodo Shinshu Schools.
Join Dr. Saga in speculating as to why so many Esoteric temples came to be concentrated around Mt. Tsukuba, between whose twin (male and female) peaks, an ancient “coupling festival” described in classical Japanese poetry and ancient records had long been held.
Discover (along with Dr. Saga) how the site of the present-day Mt. Tsukuba Shrine was once the site of an enormous Esoteric Buddhist temple complex supported generously by the Edo Shogunate – which was then destroyed and all but erased from memory by the proponents of the Anti-Buddhist Movement of the 1870`s (when numerous other Esoteric temples were forcibly converted into Shinto Shrines).
Switching back and forth between sweeping historical and philosophical speculation and loving descriptions of the minutest artistic or natural details, Kangiten is an exciting and original look into the roots of Japanese culture- and perhaps Dr. Saga`s most heart-felt work. Essential reading for anyone with an interested in Japanese classical art, literature, architecture and religion, or planning to visit Japanese temples or shrines
Those with an interest in Mt. Tsukuba (and its ancient coupling ceremony) and the ancient history of what is now Ibaraki prefecture, will be especially rewarded.

Read samples of the text and order here.