Using Coin-Operated Rice Polishing Machines- a distinctive feature of life in Tsukuba (and the rest of Ibaraki Prefecture) 24 October, 2019 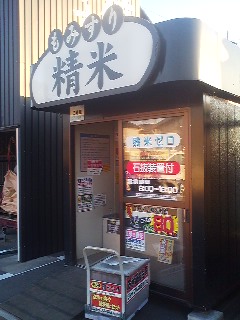 Coin-operated rice polishing machine booth in the parking lot of the Joyful Honda Home Improvement Center. Ibaraki Prefecture is famous for its abundance of such machines. You could almost say that you haven`t had a Ibaraki Experience, if you haven`t used one.

In September and October, while the rice is being harvested in this area, a common question asked in light conversation is: 新米食べましたか？SHINMAI TABEMASHITA KA ? (Have you eaten the new rice yet ? If the answer is yes, there will also surely be a comment on its quality- taste and texture、and then most probably something about the past summer`s temperatures and the amount of sunshine and rainfall there was- factors which have affected the crop.

For the families that have worked the land in this area for generations, sampling the NEW RICE for the first time after harvesting is a special occassion. I say SAMPLING because many families will taste this fresh SHINMAI at ONE MEAL alone, and then go back to eating what is left over from the previous autumn`s harvest- which is called KOMAI ( 古米- old rice). For these families, especially for the grandparents- and great-grandparents,  rice is not something to be wasted – not even a single grain!

I have even heard that many older farmers continue to eat their KOKOMAI (古古米)- the rice from two harvests ago if they have not finished it all yet! (In most of these cases the very elderly will eat the older rice while the younger generation in the household partakes of the newer harvests). 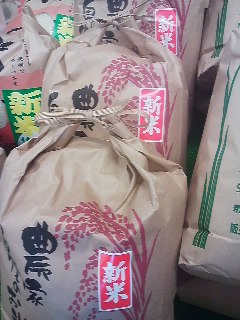 The experience of tasting SHINMAI for today`s Japanese, even for those living in rice-farming families, cannot compare with the solemnity and satisfaction of the occassion in past generations. I have realized this from talking with the older generation of farmers in the Tsukuba area.

Until about 40 year ago, EVERYTHING involved in the production of rice in Japan was performed by hand. Each of the three main processes took MANY more hours than they do today:

1) Until the 1960s, tilling the paddy fields (TA OKOSHI) was done using horses (in eastern Japan), oxen in western Japan, or by man or woman-pulled plow (wherever draft animals could not be afforded). Tilling a 10 hectare field took 17 hours.

2) Until the 1960s transplating the rice to the paddy fields was done by hand, stalk by stalk. It took 27 hours to finish the work in a 10 hectare field

Now a rice-transplanting tractor is used. The same work is completed in 3 hours.

3) Most time consuming of all until the 1960s was the harvesting and threshing. This was done using  sickles (for cutting) and flails (for threshing)  and it took 57 hours to get the job done in a ten hectare field.

Today a combine can harvest and thresh the rice simultaneously and finish the job in a ten hectare field in 4 hours!

Then the rice had to be dried (and if this isn`t done quickly and properly the crop could go moldy).

In past ages this was done in the sun- but the autumn weather is unpredictable, with rain storms and typhoons. There weas no way to control how long this process would take.

Today, the rice is machine dried.

. My friend Harumi Takaya was a little girl in the 1960`s when she helped her family harvest, dry and hull the rice. Her strongest memory, besides the whole family being sore and exhausted was how ITCHY they all felt covered in bits of rice straw.

It is understandable then how in THOSE days, sitting down to partake of the fruit of that labor was both a solemn and joyous occassion. Back then eating SHINMAI for the first time after the harvest was a true moment of thanksgiving! 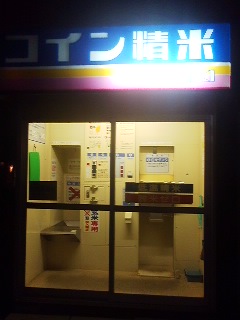 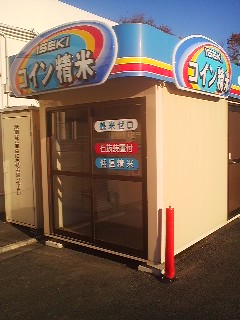 One thing that had long troubled me about the word SHINMAI (NEW RICE), however, was the question of how long after harvesting you could use it. While I had only heard SHINMAI talked about through October, I noticed that at the shops that sell high quality varieties of rice that many of the bags were labelled SHINAMI even in late November. So I asked a rice dealer to explain to me exactly UNTIL WHEN a particular batch of rice is considered SHINMAI.

The answer was simple- until New Years. After that, the rice will be called THIS YEAR`S RICE, and from the next autumn it will become KOMAI (old rice). 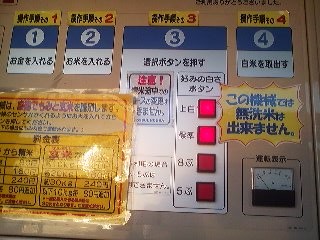 Most Japanese prefer to eat their rice WHITE. That means that it has to be polished in order to remove the brown outer coating of bran- which actually contains most of the rice plant`s nutrients. When you buy uncooked rice (O-kome) at a Japanese supermarket or conveninece store, it is already in the form of polished white rice (HAKUMAI).

The disadvantage of this is that once the bran has been polished away, the quality of the white rice- in terms of its flavor and aroma after cooking- begins to decline, especially under hot conditions. 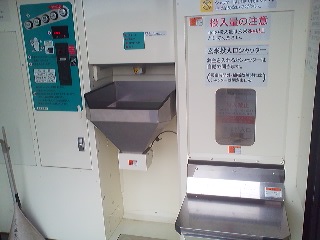 That is why farmers store the rice that they keep for their own consumption in the form of GENMAI (brown rice) and remove the bran only when they are ready to eat it. This keeps the rice fresh and at it best. (You can buy GENMAI at rice shops, agricultural cooperatives, and specialty green-grocers).

They do this polishing with a rice polishing machine- and Ibaraki Prefecture is famous for them. This is because these machines can be found by the side of the road or in parking lots and are housed in little sheds to protect them from the elements. On the roof/on the door it will say SEIMAI (精米)- POLISHED RICE. (Some people have their own polishers and you can also find them at certain supermarkets and green-grocers).

I remember many years ago, I was reading a book about the characteristics of each of Japan`s prefectures. The first thing it said about Ibaraki, was that in this prefecture there were more coin-operated rice polishing machines than convenince stores.

Well i`m not sure if those statistics would hold up any more, but  I can say is that in my old neighborhood of Hojo, near Mt. Tsukuba, there were NO convenience stores, but about a dozen coin-operated rice polishing machines. 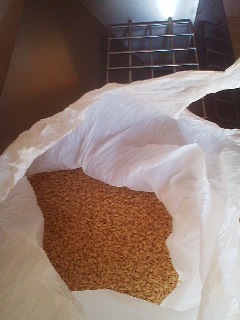 Genmai- the rice covered in bran. Most farmers keep their rice in this condition until just before they will eat it- as it stays fresh this way. Of course it is possible to it the rice like this (brown rice) but almost ALL Japanese prefer to eat white rice (HAKUMAI)

I had long been curious about these rustic looking roadside booths, and eventually learned, over years of talking to people in Tsukuba, that many of the Japanese people living in Tsukuba, the SHINJU-MIN (New Residents) who have moved here from other parts of the country, felt the same way- they had never seen such facilites before- and wanted to try them.

Finally, One day, I found someone to go polish rice with- someone who had been born and raised in Hokkaido and had also been itching to  try one of the coin-operated rice polishers. 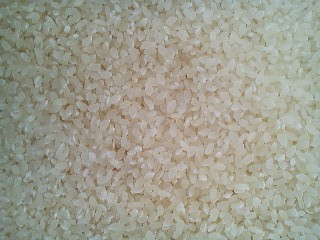 First we went to scout out one of the machines. It was suprising how many instructions there were in it. It seemed as if the whole inside of the booth were covered in writing ( I later found that most other such booths had only the barest instructions). Still, operating the machine was VERY simple and easy.

The most important thing we learned was that you have to polish AT LEAST 10 kilograms. This was very important since had not brought that much at that time and had to make plans to come back another time.

Still I was able to study the machine and read all the different directions and warnings posted on its walls and control panel (which I will list at the end of this post). 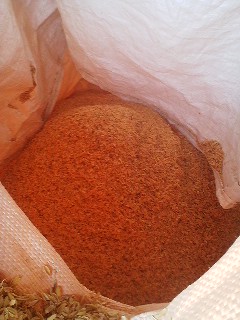 The whole thing is really as simple as pie!

1) Put your money in- usually 100 Yen for 10 kilograms, but sometimes only 80 Yen when the machine keeps your bran (bran has many uses- animal feed, fertilizer, making pickles, and removing the bitterness from bamboo shoots, and making skin cleanser, among others).

2) Pour your rice into the correct chute

3) Select a setting for the type of polishing you would like ( most people go with HYOJUN- standard polishing- though the others are JO-HAKU (extra polished),HACHI BU (80% polished) and GO BU (50% polished- the closest setting to GENMAI)

4) Put your bag (you should bring a very large sack so as not to lose any grains) under the OUT chute and release your rice (usually by stepping on a pedal. 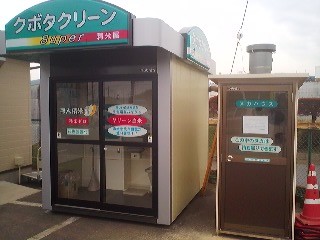 A rice polishing machine in Yatabe, Tsukuba. It costs 100 Yen per 10 kiograms and you get to take your bran.

After you do that you`ll want to get home as soon as possible and boil up your rice- freshly polished and delicious. 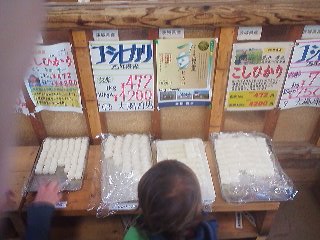 The nationally acclaimed green grocer MIZUHO in Tsukuba (customers often come all the way from Tokyo-some by taxi!) offers a wide variety of rice varieties- and lets you taste them as well

The only problem with doing this, is that once you have there is no going back. It is just that much better tasting ! You will start buying your rice as GENMAI and then have it polished every couple of weeks exactly to your liking. 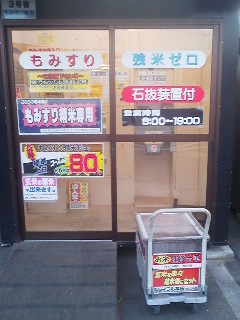 And if you explore you can find all kinds of coin-operated rice polishing machines- there is apparently heavy competition and the makers can them with all sorts of different functions.

I even found one that claims that its polishing does not unduly heat the rice. 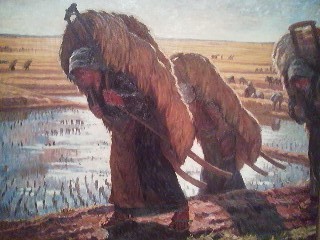 Try one of the machines- there are so many to choose from. You are living in Ibaraki Prefecture and I don`t know if you can truly say you have experinced life in this area without having done so. 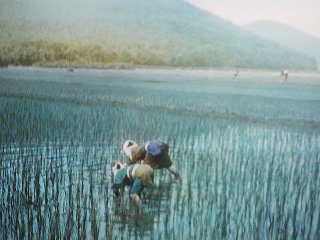 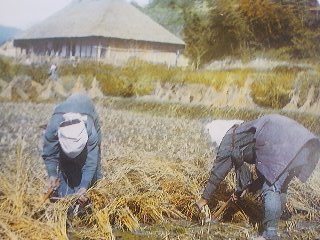 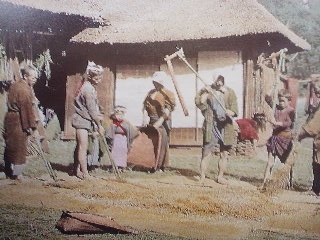 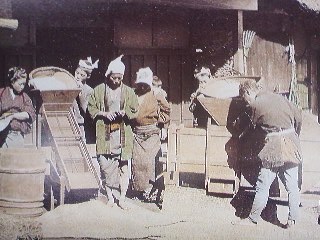 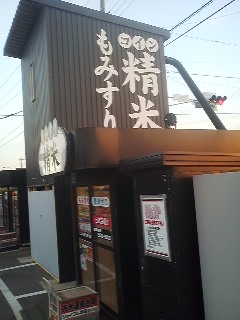 A machine that hulls and polishes