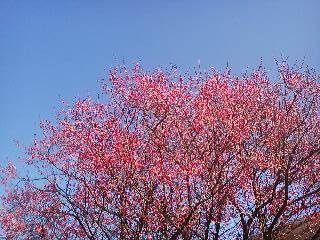 Walking to the Kasuga Community Center, I found my self enveloped in a sweet, warm amd welcome fragrance. I knew what I would see before I turned around- this large plum tree just burst into bloom!

When one uses the word HANAMI (花見, flower viewing) on its own, it is understood by native speakers of Japanese to  refer ONLY to the viewing and enjoyment of blooming CHERRY BLOSSOMS- and not of any other flower. This clearly shows the high regard given to the fragile pink blossoms which have since ancient times symbolized the transient nature of all things, one of the cornerstone concepts of Japanese aesthetics and philosophy. Going to a meisho (名所, a famous place） for viewing cherry blossoms can reveal to you how the Japanese have turned the simple pleasure of enjoying flowers in bloom into what seems like a religious pilgrimage. From near and far they come, as couples, families, or groups shuttled in on karaoke equipped tour buses. They bring lunch-boxes and of course cameras. The blossoms are observed intently (and I mean with great intention, as if posing in a kabuki play) from afar and then from way in up close. The atmosphere is at once,  solemn  and celebratory, reverent and ribald. 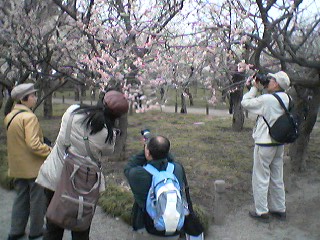 Though not as philosophically appealing, the more prosaic plum (ume) blossoms also bring in the crowds (though the late night drinking and revelry beneath the trees is reserved for the cherry). Next month you’ll have a chance to see the 3,000 plum trees of the famed Kairakuen Garden in Mito in full bloom. Until the end of March, a temporary train station will be in use bringing you direct service to the gardens entrance. The garden offers the chance to see varieties of plum trees you never thought existed. The tora-no-o, which looks like a tigers tail, the darkly pink kounshomu, the nearly translucent tsukikage, etc. 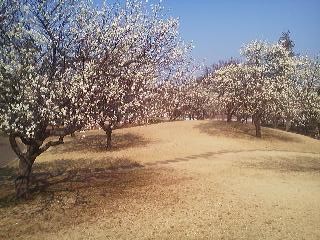 Who needs to go all the way to Mito`s famous Kairakuen Garden? You can satisfy your plum blossom lust right here in Tsukuba at one of the small parks in the Umezono neighborhood

The plum blossoms are the first of the major flowers to bloom each year. Their fragrance in the air is a sign that spring is coming. Their hardiness and resistance to cold and wind make them a very auspicious symbol. If you read ancient Japanese poetry, there are hundreds of references to the blossoms of the beautiful and practical plum tree. It is because they provide the medicinally important and tasty plums for umeboshi (salted plums) which have become a standard part of every boxed lunch, that the frugal and practical minded Tokugawa Nariaki, the founder of the Kairakuen Garden planted so many of the trees. You can enjoy the fruit of his efforts by getting on the Joban line this week, heading north just one stop past Mito station, and enjoying the blossoms, the spectacle and maybe a little plum wine (ume shu, 梅酒). Entrance is FREE for Ibaraki residents! 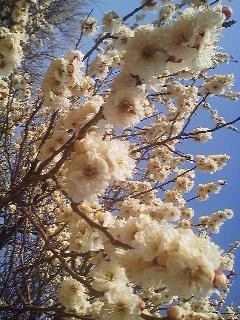 The Plum Festival at Kairakuen this year- 2018, should be at its most boisterous and CROWDED this weekend I have written more about PLUM BLOSSOMS ( ume no hana) in Japanese culture and history.

Here is an out-take of one of my previous articles::

(If the East wind blows this way, send your fragrance to me, o plum blossoms, even though I am no longer there). 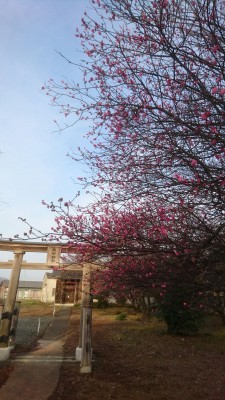 There are almost always plum trees, sometimes hundreds, at shrines dedicated to Michizane, or TENJIN, as he is called in deified form. In this season, millions of supplicants visit these shrines to pray for exam success, and appropriately, the plum blossoms are in bloom, filling the sacred precincts with the fragrance of HOPE.

Luckily for those of us who live in Ibaraki, in this season-  these invigorating sights and smells are never very far.. 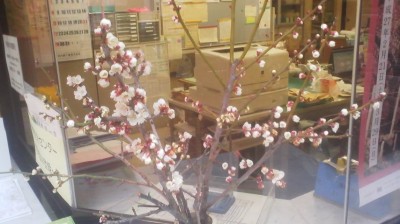