Traps are Back Up as Three Day New Year’s Moratorium On Mouse Catching Ends 4 January, 2019 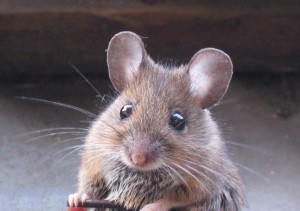 Tsukuba, like almost any other area inhabited by humans, has its fair share of mice and rats. Most cat owners are all too familiar with this fact, as they are occasionally and very unpleasantly surprised by the special LOVE GIFTS, the half-eaten remains of mice, their precious pets have left on their pillows. Otherwise, it is very rare to catch a glimpse of the cute little critters (though a few months ago I was walking down the road in Ninomiya at night and a big rat came running towards me!)

After my own cat passed on, my house was left unprotected from rodents, and I ended up with a huge mouse problem (I didn’t want to get another feline as I also have a dog in the house). There is a strange twist to the story, in that the first time I actually SAW a LIVE MOUSE in the house was during the New Year’s holiday last year. Yes, LAST YEAR ! According to the Japanese calendar – The Year of The Mouse!  Though taken aback by the coincidence (also, once, many years ago I saw a wild rabbit on the New Year’s Eve of the Year of the Rabbit), I asked some neighbors (elderly farmers) what to do. They said that I’d better take action quickly, as the little things would multiply, and then I would have REAL trouble.

There was only one thing, they told me, however. They said that I should wait until January 4th to begin my battle against the mouse (or mice), as in Japan it is customary to be KIND to mice over the O-Shogatsu holiday, because they are the companion of DAITOKU-TEN, the lucky God of the Kitchen (as well as rice, agriculture and wealth), who is one of the gods to which offerings can be made on the New Year. In fact, some Japanese actually offer mochi rice cake to MICE at New Year’s, leaving them by the roadside or in front of suspected mouse-holes. 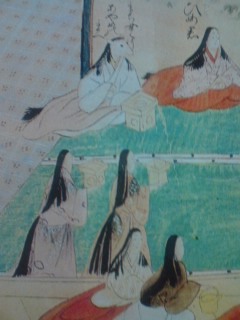 Most interestingly, I discovered that for the first three days of the year the usual word for mouse, NEZUMI, is not used, as it is a word which denotes a harmful pest. Instead a beautiful euphemism (which has become a set seasonal KIGO word for haiku poems) is used: YOME GA KIMI (嫁が君), which directly translated means “The Esteemed Bride”! This is probably a play on words, originating from another possible meaning of the word YOME (with these characters — 夜目 — night eyes).

Checking some haiku anthologies I found some impressive poems linking the O-Shogatsu season and mice (the Esteemed Bride). Here is one:

Beautifully illuminated shoji paper and my esteemed bride: a mouse
(my poor translation).

In this poem we can imagine a room all cleaned for the new year with fresh shoji paper on the sliding door. Still, the poet knows that hidden somewhere, is a mouse.

Inspired by the poets and following my neighbor’s advice, I waited until the 4th to begin my anti-mouse campaign. When I got to the home supply center, I realized what a huge business mice control was in Japan with big promotional displays and whole aisles filled with various products. 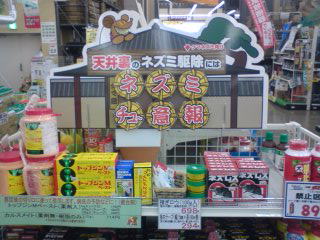 The most popular and effective of these, however, was just not for me. It was the nezumi hoi hoi. Using a gooey pad which attracted them, unsuspecting mice would get completely stuck in them. Then, the traps, and the mice in them could then be disposed of. The salesgirl told me that most people just threw the traps into the trash. Others immersed them in water first, or threw them into to the garbage bon-fire.

I felt that there must be a more HUMANE way of dealing with the situation, so instead I bought a cage-like trap. I thought that with it I could catch the mice and release them deep in the woods, where they could become the prey of owls or other local carnivores. This sounded  nice to me, but alas, ALL THE BEST LAID PLANS OF MICE AND MEN….. 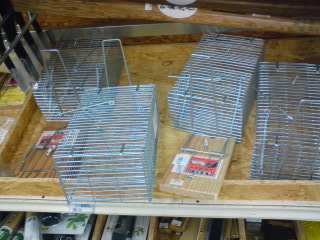 I laid the cage in my kitchen. Inside I put some peanut butter which I had (correctly) heard was better bait than the proverbial cheese. The next morning, I came nervously downstairs. The trap was shut! My heart pounding, I went for a closer inspection… only to find the peanut butter and the mouse gone! This went on for the next few days. The mouse (or mice) was so small that it could get through the tiny grill of the cage.

I decided to buy another cage-type trap, but still, the mouse could not be trapped. At the same time, plenty of nutritious peanut butter was being consumed. Perfect food for a pregnant mouse.

Just as my neighbors had warned me, the mouse had reproduced prolifically, and my home became a mouse house. My dog was unconcerned by the scurrying of the very cute little rascals, but every once in a while gave futile chase. I was at wit’s end! But I still refused to use the sticky stuff.

I realized that there was no way of getting around it. I would have to kill them (though at the same time I would still try to trap them). Of all the alternatives, the traditional spring powered trap that slams down on the mouse when it goes for the bait was the least cruel, since it put the animal quickly out of its misery (unless it got caught by the leg).

I bought two traps, and they worked like a wonder. no sooner would I set them and leave the room than I would hear the SNAP of the traps closing on their victims.

At the same time, I was able to catch a few mice with a technique I got off the internet, which uses a toilet paper roll tube and a deep bucket. Peanut butter is spread inside one end of a tube and it is then placed on the edge of the kitchen counter. Place a deep, plastic bucket below. When the mouse goes for the bait, the tube topples over the edge and into the bucket. I was able to catch a few mice this way, and I released them into the forest.

After a few days of this, every last mouse was eliminated (more than 30). After I had confirmed their absence (though I could never really be sure), I did a thorough CLEANING and a sealing up of all holes around the house. Exhausted, emotionally and physically (like a slap-stick comedian, I once accidentally put my hand down on a trap, getting my thumb caught in it — plenty of howling and a little swelling, but no permanent damage), I felt a sense of relief, knowing that my home was safe and sound.

The remainder of The Year of The Mouse, my life was rodent free. Until right at the very end of December — and please believe me this is a TRUE STORY. In the last week of the year I heard some scratching and, concerned, I took the old traps out of the closet. I set one in the kitchen. In the early morning hours of December 31st, at about 3am, I happened to be downstairs. Then I heard it –a distinctive SNAP! I rushed into the kitchen and checked the trap. It had gone off — but no mouse had been caught. I did, however, hear two distressed SQUEAKS come out from behind the fridge. It was time to get serious and set more traps — but New Year’s had come again, and at that time of year all mice are YOME GA KIMI!