Hearing Another Side of the Famous Story (The CHUSHINGURA, 忠臣蔵) at the remains of KIRA KOZUKENOSUKE‘s manor house (吉良上野介義央の邸跡) in Ryogoku, Tokyo 13 December, 2018 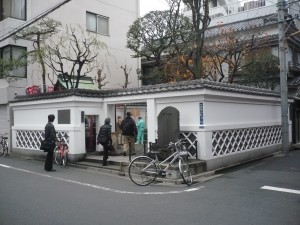 This small park, actually a courtyard surrounded by traditional NAMAKO style walls, is all that remains of the once grand KIRA MANSION- there are many visitors who come to pay their respects each year on December 14th- the anniversary of the UCHI IRI (RAID) in which Kira was killed

At the start of the 18th century, a series of dramatic events would occur in the city of Edo that would  make a deep impression on the townsfolk. And it was not lost on the artists and writers of the time, who quickly used the basics of the story that had unfolded as an inspiration for woodblock prints and various dramatic works for the Kabuki and Bunraku ( puppet theater) stages. Over the subsequent 300 years ( right up to the present, that is), the same tale has been reworked again and again in countless adaptations- in novels, comics, modern stage productions, TV dramas, and films . Familiar to the Japanese under the title CHUSHINGURA (忠臣蔵)- the 47 Ronin, in English- this story of treachery, ritual suicide, loyalty and revenge, has long been an iconic part of Japanese culture ( a staple of the Christmas-New Year`s season), one which you will find the Japanese of today still surprisingly familiar with down to the small details- as I shall point out later. 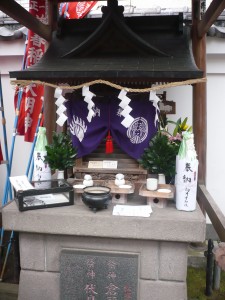 But first, for those not familiar with the CHUSHINGURA, let me provide the basic elements of the story.

A Feudal Lord called Asano needed instruction on the etiquette which would be required for a ceremony (involving visiting members of the Imperial Court from Kyoto) he would have to perform at the Shogun`s castle. ( Asano`s fief was in what is now Hyogo Prefecture, but his ancestors, before the Edo Period, actually lived at the foot of Mt. Tsukuba, in Makabe Town- now part of Sakuragawa City)

He called on the services of a well known specialist in the field of proper manners of the time ( especially those related to the Imperial Court)- Lord Kira Kozukenosuke.

Lord Asano failed to perform the above mentioned ceremony properly and was humiliated.

In a rage, Asano drew his sword ( something that was strictly forbidden, under penalty of death, within Edo Castle), and attacked Kira, wounding him slightly.

Lord Asano, as a punishment for this infraction, lost his domain and was ordered to perform ritual suicide. He did this, and was buried at a temple called Sengaku-Ji.

Lord Kira, as a result of the scandal, had to move house, from a location near the castle, to a vast villa on the other side of the Sumida River- in what in now Ryogoku, Tokyo.

After 18 months of laying low and planning, 47 of Lord Asano`s loyal retainers (ranging in age from 15 to 77) attacked Lord Kira`s manor, killed him, took his head, and washed it in a well.

This assault is known as the UCHI IRI ( 討入）, in Japanese, and took place on the 14th day of the twelfth month ( according to the old lunar calendar) in 1702.

The band of samurai then carried Lord Kira`s head across Edo, all the way to the grave of their Lord at Sengaku-Ji, where they presented it as evidence of revenge completed.

The loyal retainers, known to the Japanese today as the Ako Ro-shi (赤穂浪士i, though looked upon with admiration and approval by the Shogunate ( and others) for acting as samurai were supposed to act, were ordered to take their own lives with ritual suicide ( which was considered to be the most beautiful way a warrior could die).

Heavy stuff, which as I said left a deep impression on the Japanese even in its rawest form. When molded into drama by the most talented of writers the story took on a life of its own. 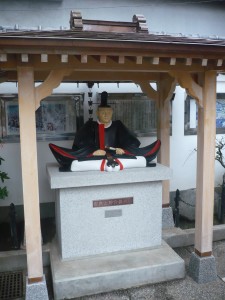 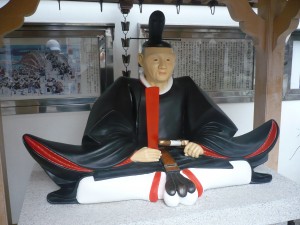 One notable element which is common to virtually all the different adaptations of the story is that Lord Kira is a villain. It is greed, lust, spite or just downright evil which lead him to trick Lord Asano into embarrassing himself at the ceremony. In other words, in Japanese culture, Lord Kira has become the consummate,  archetypal BAD GUY. 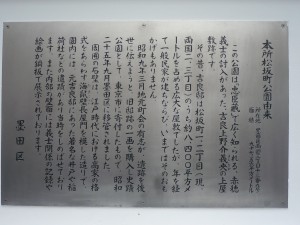 And most people never really question this image of Kira- his vileness having been so deeply ingrained into peoples heads. The same was true for me, a fan of several versions of the story, until the other day- a day upon which many (incorrectly) commemorate the UCHI-IRI- when I was presented with ANOTHER VERSION OF THE CLASSIC STORY.

Let me begin by going back a couple of days earlier.

I had been talking with some Japanese friends and heard that one of them had recently seen a Kabuki version of the Chushingura. The conversation was animated and I was truly impressed by how well these people knew the story and its various adaptations in film and on television.

They then mentioned that the anniversary of the UCHI-IRI was coming up, saying that it was on DEC. 14th (though the real events happened sometime in January- this discrepancy arises from the fact that Japan changed its calendar to the gregorian Calendar in the 19th century), and how in the past they had visited Sengaku-Ji temple for the occassion. They related how on the memorial day each year, the air was so filled with the smoke of incense offered by overflowing of visitors that one could hardly see or BREATHE!

Now that was something I wanted to see- AND I did have a little time to scoot over to Tokyo on the 14th. Still, thinking about it more carefully, I didnt have THAT much time to get all the way down near Shinagawa. I remembered, however, that Lord Kira`s former mansion, the site of the actual UCHI IRI itself, was in Ryogoku- Just two stops from Akihabara Station and easilly accessible from Tsukuba.

I decided that I had to go there on the memorial day. 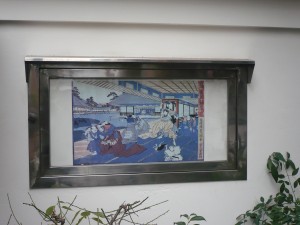 Inside the courtyard pictures tell the story

Arriving at the small courtyard-like park which comprises what remains of the once vast manor house is a little disappointing. My friend Samuel, who had joined me on this adventure even muttered an: It`s so small !

According to a leaflet I picked up there, the grounds of the Kira Estate have in fact over the centuries been reduced to  1/86th of their original size!

The little that does remain IS still impressive, however, with the beautiful NAMAKO walls, made of tile and plaster creating a very special place. Within the courtyard the walls create are the well used to wash Lord Kira`s head, ( the Kubi Arai Ido), a small INARI SHRINE dedicated to Kira`s falled retainers, a carved image of Kira, and a few traditional style paintings ( from woodblock prints?) which tell their own version of the story of what happened 300 years ago.

But the most interesting part of this visit was not the sights to be seen, but the stories to be heard (and read).

We HAD come to Kira`s old neighborhood, so its only natural that we should hear HIS SIDE of the story. 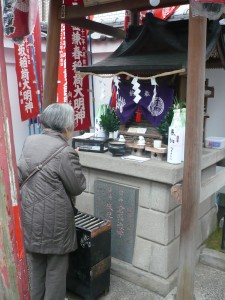 What I found so impressive was that the people of that neighborhood ( even the taxi driver) felt it was important for visitors to get to know the REAL Kira. Though villified for centuries and made into Japan`s favorite BAD GUY, I was told that the man was and STILL IS greatly respected in his home town ( and by this I mean his actual domain in what is now Aichi Prefecture), as a good ruler.

Apparently, he created plenty of new rice land with reclaimation projects, and improved salt production ( in an area lacking in that necessity). He is especially remembered for building river embankments which were very important to the prosperity of his home region where he is referred to as Kira-Sama ( which bears with it a sense of respect and affection).

Now I am sure that there are those of you ( like me), who feel skeptical about the emotions of  a hometown crowd. But, even the scholars who have closely examined the historical record have found nothing notably unusual or bad about Kira. He seems to have been quite an ordinary man of his time ( for someone of his high rank).

It IS possible, however, that Kira did not teach Asano thoroughly ( or correctly) enough to perform his duties properly because of Asano`s failure to pay the appropriate fee ( along with other gifts on the side). The fact was, that though holding a high rank and well respected for his mastery of etiquette ( he had successfully greeted the Emperor at a special ceremony), Kira did NOT have a lot of money and relied on his teaching fees. This probably even meant some other kinds of extra gifts besides payment ( something which is not uncommon even today).

Anyway, what was pointed out to me was that it was not Kira who was greedy and loathsome, but Asano who was just plain crazy!

It was also stressed to me that Asano had about 500 samurai ! Why did only 47 join the attack! Why, they ask, is that never mentioned in the telling of the story.

The more I thought about it, the more I had to agree. Kira probably wasnt that bad of a guy and Asano was certainly a hot-headed nut. I cant wait for the day when a movie is made in Japan showing THAT version of the story- with a sympathetic Kira, out-of-control Asano and then the story focusing for a while on the 450 samurai who decided NOT to avenge their master`s death!

My experience on that day,just goes to show you once again that you always have to dig deeper into any version of historical events you might encounter. What you will find will almost surely be more interesting that the highly crafted drama you are presented with.

Oh, and one more thing I learned which might be of interest to those living in the Tsukuba area. When Kira lived in what is now Ryogoku, the neighboring manor was that of the Tsuchiya Clan of Tsuchiura. Apparently the Tsuchiurans were allies of the 47 Ronin and raised their lanterns high to help illuminate their way as they tried to break into Kira`s home.

I have written more about Ryogoku here: