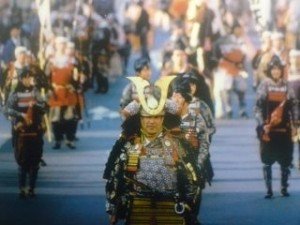 On The 14th day of the Second month of the 3rd year of Tengyo [March 25th in the year 940 AD, according to the Gregorian Calendar), less than 3 months after he had declared himself the NEW EMPEROR, the rebel warrior Taira no Masakado (平の将門) had his head taken as a prize, after he had been killed by an arrow shot by Imperial forces dispatched from Kyoto.

This was a surprisingly quick end to the career ( and life) of a man who had over the previous five years ( ever since he had a falling out with one of his uncles) had by victory after victory, eventually gained control over all of Eastern Japan ( including what are now Tokyo, Kanagawa, Saitama Chiba, Ibaraki, Gunma, Tochigi). In the process of doing so he left much of this area devastated ( including the area surrounding Mt Tsukuba).

Still today, more than one thousand years later, the residents of Bando City get together on the second Sunday of each November ( ever since 1971) to celebrate this man, a man who had defied the Emperor in Kyoto, destroyed all government offices within his reach, and as a matter of course, burned villages that stood in his path to the ground.

The festivities of this Masakado Matsuri are carried out with great fanfare, as the whole town of Iwai ( now part of Bando City), where Masakado once had his military headquarters, comes out to enjoy a grand procession of men dressed as warriors AND the Kanda Bayashi ( also known as the Masakado Bayashi), traditional music said to have originated as entertainment within Masakado`s fortress in Iwai. Musicians and instruments are brought all the way from Tokyo`s Kanda Myo-jin Shrine for the occassion. 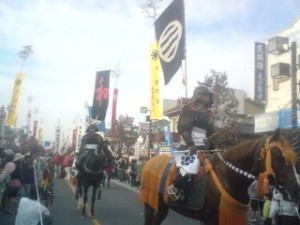 There is also plenty of other entertainment on that day provided by local amateur musical and dance groups. The whole town seems to be involved.

As you can imagine, there are also plenty of YATAI ( food stalls) selling typical Japanese festival food, as well as other booths and vendors offering  products  from all over Ibaraki Prefecture.

Many of Bando-City`s typical OMIAGE ( souvenirs), sake, senbe (rice crackers) soba, etc. are packaged  with images of Taira no Masakado characters on their wrappings or boxes, as he has been adopted as a mascot of sorts for this city, which besides the famous rebel, is known mostly for its Ibaraki Prefectural Nature Museum ( with a roof designed to look like a warriors helmet), and its delicious vegetables- spinach, leeks (welsh onion), lettuce, tomato and eggplant.

( You might also be surprised to know that it was a tea dealership in Iwai which FIRST began exporting Japanese green tea to the U.S. back in the 1850`s- before the Meiji Restoration!) 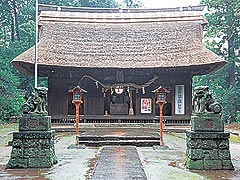 The Kokuo-Jinja Shrine in Bando City- The spririt of the rebel warrior Taira no Masakado, the man who declared himeself the NEW EMPEROR, is enshrined here on the spot where he is said to have died

The official starting time will 11 AM, at the rustic KOKUO-JINJA SHRINE in which the deified spirit of Masakado has been enshrined. There will be a ceremony recreating the PRAYERS FOR VICTORY (戦勝祈願) which used to be held before warriors went into battle.

The ceremony gets kicked off with the KANDA BAYASHI. The musicians, who come all the way from Tokyo for the occassion, are almost too good for the quiet setting. Their enthusiasm and energy can be jarringr before noon on a Sunday. Anyway, their performance is surely an eye-opener, in that they knock off any sleep that you might still have in your eyes, AND impress you with the fact that traditional festival musci could be this good. 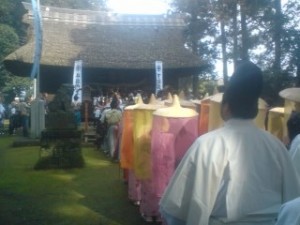 The WARRIOR PARADE will start  at 1 pm  afew kilometers away at Iwai`s ( now Bando City) main commercial strip ( the SHO-TEN GAI). In previous years there were horses and riders from So-ma, Fukushima Prefecture, an area famous for its traditional riding techniques which was devastated by this year`s earthquake and tsunami.

I`m not sure if they will be back again this year, but anyway, this event should prove to be a great photo op as well as a chance to familiarize yourself with Masakado, whose uprising is probably the most important DISTINCTIVE historical feature of this part of Japan.

Contemplating Masakado`s life, and even more importantly the impact he has had after his death can be fascinating, and helpful in gaining an understanding of Japanese traditional thinking and belief systems. 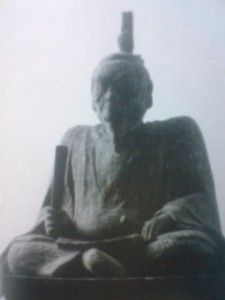 A wooden image of Taira no Masakado at the Kokuo-Jinja Shrine in Bando City ( an Important Cultural Property of Ibaraki Prefecture)is said to have been carved by his 3rd daughter Nyozo-ni, on the occassion of the 30th anniversary of her father`s death

The questions you must be asking by now are 1) WHY would the Japanese celebrate a man who led a failed rebellion against the court in Kyoto? And then 2) Why would this man be deified as a God at the Kokuo-Jinja?

Well, one thing is certain. Masakado and his rebellion made a terrific impression on the people of this part of Japan (the Kanto Area), and among court circles as well- by filling them respectively with awe and fear.

The evidence for the former is the existence of numerous places which even today have MASAKADO LEGENDS associated with them. After counting, I have found more than two hundred such spots in Ibaraki Prefecture alone. Naturally, many of these are scattered throughout Iwai ( Bando-City)

The most important Masakado legend, however, is connected with the Shibazaki Village in what was then Musashino Province ( and is now Otemachi in Central Tokyo). According to this story, some time after the Emperor in Kyoto had viewed the defeated warrior`s severed head ( with satisfaction), the head took off into the air to re-join the body from which it was separated, (which had been buried in Shibasaki after having been carried there by Masakado`s trusty horse).

A shrine was set up on the spot by local villagers, out of awe for the warrior`s bravery in battling the forces of the central governemt, but also as a way of appeasing his angry spirit, an important aspect of Japanese religious thought. This shrine would later have a major impact on the future of Japan ( as I will explain further on), and also was the only structure to have survived the great Tsunami of 1201- just another thing that stoked the Masakado legend!

In the meantime, the court in Kyoto decided that not only military pacification, but that SPIRITUAL pacification of the rebellion-affected areas should be carried out as well. The Kashima Grand Shrine ( symbolic of the Empire`s military power) along with hundreds of smaller branches of this shrine ( as can be found in the Tsukuba Area) were promoted and endowed by the great aristocratic families. The Shingon Sect of Buddhism. was also promoted, especially because of its emphasis on the Deity O-Fudo-Sama ( the Ummoveable One) who is believed to help to keep things calm. The most important example of this is the Narita-San Temple, though most of the old villages in Tsukuba also have Shingon Temples, as well as Fudo Worship Halls.

( One of the most suprising things that I have found in all my experience in Japan is that certain people in certain parts of Kanto- for example Kashiwa or Toride, would never enter the precincts of the Narita-San Temple on account of this connection with the suppression of Masakado!) 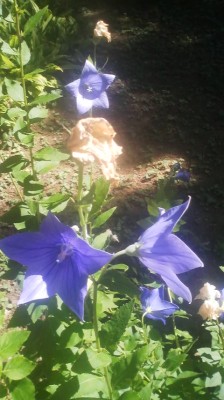 There are certain families in the Kanto area, who as devotees to Masakado for generations as their titular deity, never plant these flowers KIKYO (桔梗) as this was also the name of the woman (daughter, wife, mistress… it varies according to each different source) who betrayed Masakado, revealing to Hidesato how to identify the real Masakado among his “doubles”

And though the aristocrats and courtiers who so dominated life in Heian Period Japan had won the battle and defeated the rebel and his band of vulgar Eastern Warriors ( who were mockingly referred to by the Kyoto upper classes as Azuma Ebisu), it was the warriors who eventually did win, taking control of Japan in 1185, with Minamoto no Yoritomo being declared Shogun ( this time the warriors learned not to go as far as coveting the position of Emperor) and setting up the Kamakura Shogunate. The Warriors ( SAMURAI or BUSHI) would rule Japan from then on ( almost continuously) until 1868.

During much of that time, Masado was looked upon as a kind of Patron Saint of the Warrior Class, since he was considered the first of their kind to raise up its head.

In fact, when Tokugawa Ieyasu, the founder of the great Tokugawa Shogunate contemplated where to build his castle and government seat, he decided that it would be best to be near Masakado, and thus the little village of Shibazaki, became the sight of the grand Edo Castle, which ironically is the home of the Emperor, the man who Masakado, rose up against, and was defeated by, more than a millenium ago.

Naturally, in the years before World War Two, a time when the Emperor was worshiped as a living God, there were many who found shrines dedicated to the rebel PROBLEMATIC, to say the least. In fact, in the 1930`s, the Kanda Myojin Shrine had another God enshrined in it (Sukunahikona no Mikoto),  to make it more acceptable to the nationwide public at the time.

During that same period, another God had to enshrined at Iwai`s Kokuo-Jinja Shrine as well ( though afer the war, Masakado`s Spirit was once again brought out as the main object of worship there).

Here is a map ( in Japanese) showing how to get to the Kokuo-Jinja in Iwai, Bando-City:

You might also want to combine a trip to see the festival with a visit to the Ibaraki Nature Museum. What I like best about it is not its permanent collection ( though it is quite fine), but its GROUNDS, which include the SUGAO-NUMA (菅生沼), a marsh, replete with wildbirds and vegetation, which helps one to conjure up the WATER WORLD which this area used to be- before the great river diversion and draining projects of the Edo Period, and long before Lake Kasumigaura was closed to the sea. 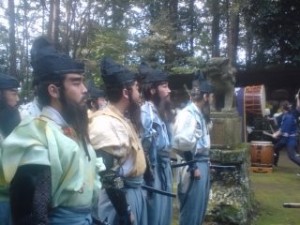 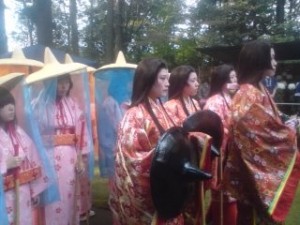 Behind the beards come the women and girls 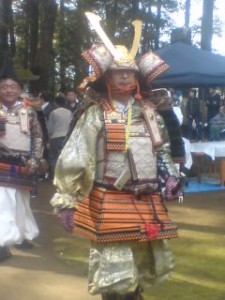 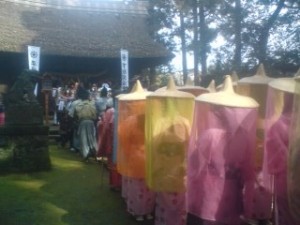 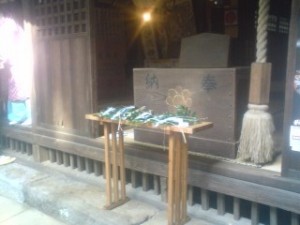 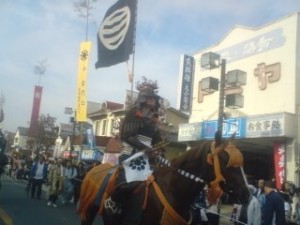 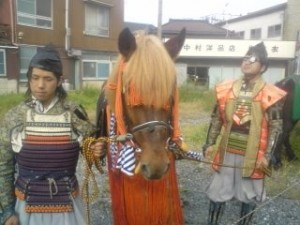 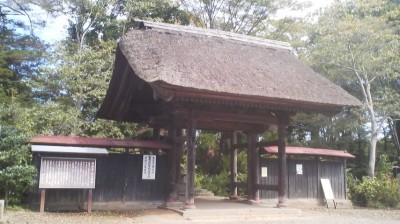 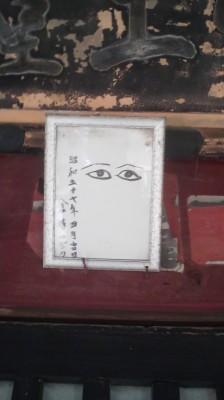 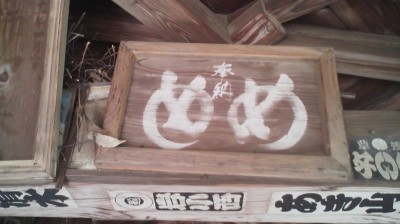 A typical votive painting seen at Yakushi Halls in Japan- it consists of two hiragana characters (one reversed) reading MEH, which means eyes 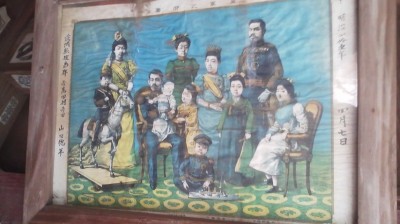