Once a great, trend-setting merchant town, thriving on the river trade which passed between Edo and the countryside to its north, the historical district of Sawara in Chiba Prefecture still boasts many old shops, restaurants and houses- a few dating back to the Edo Period (1600-1868). The little river which runs though it (the Onogawa) is lined with weeping willows and there are some old bridges across it- one which regularly emits water and music ! Its really quite atmospheric – and lives up to its nickname: Little Edo (KO EDO) . 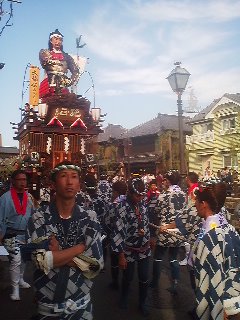 Each of the 14 neighborhoods that make up the old town of Sawara has their own float (DASHI) upon which sits a large image of a tradional deity or hero. Each neighborhood also has its own costume and festival music

For six days out of the year, however, 3 in July and 3 in October*, this usually quaint, charming, and quiet little town becomes the setting of one of Japan`s most exciting and extravagant festivals. The 14 great floats (DASHI) taken out and paraded for the event are elaborately decorated (paid for by the towns wealthy Edo Period merchants) are very impressive- and I could say unrivalled in the Kanto Area .  Saturday night is when the festivites reach their peak (from 5 to 10 PM), and you will probably be amazed to see how the normally subdued residents of town become all charged up with primieval energies when they don their matsuri wear ! Still, things do not get as crazy or as crowded as they can at some of Japan`s other famous matsuri. It seems to alternate between the elegant and excited. 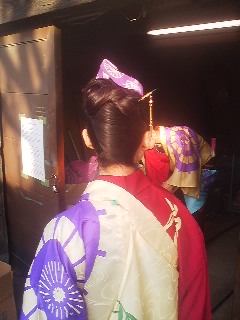 Like other MATSURI, the Sawara Festival is great for its variety of beautiful costumes

Anyone interested in traditional Japan should try to experience this festival at least once. If you do, you might make it a bi-annual habit! (Different floats are actually used in summer and autumn !). 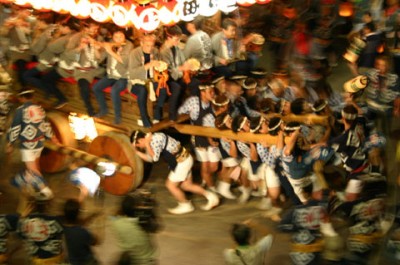 On the days when the festivals are not on, what I like most about Sawara, however, are the Ino Tadataka Museum and the Katori Grand Shrine. Ino (1745-1818) lived and worked in a shop in Sawara until he was 50, then went to Edo, studied surveying and map-making and then went on to lead a grueling cartographic expedition which culminated in the creation of highly accurate and VERY BEAUTIFUL maps of Japan. The Katori Shrine is one of the most important shrines in the Kanto Area and is unusually Korean looking in terms of color schemes (lots of greens) and decorative motifs. There is always something going within its precincts, and it is unforgettable to watch a wedding procession there, with the priests and shrine maidens (miko) leading the bride and groom among the ancient cryptomeria trees.

For information on how to get there: 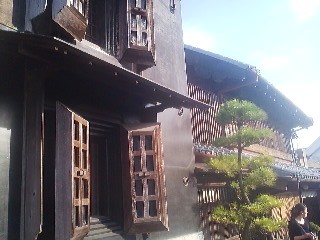 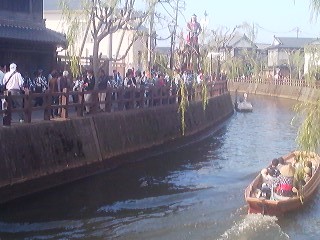 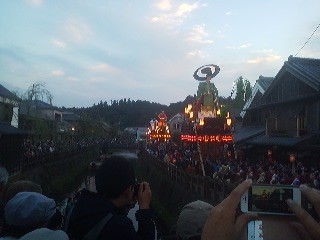 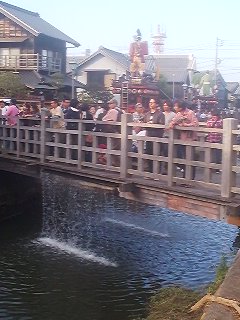 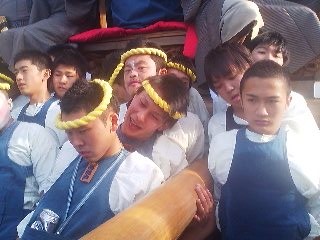 Straining to keep the large floats in motion 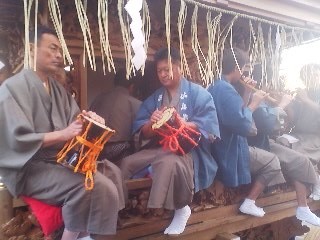 Musicians on the floats 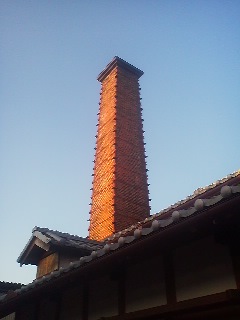 When in Sawara don`t miss the SAKE tasting at the Baba Honten Brewery- buying a bottle and drinking it during the MATSURI will make things all the more fun!