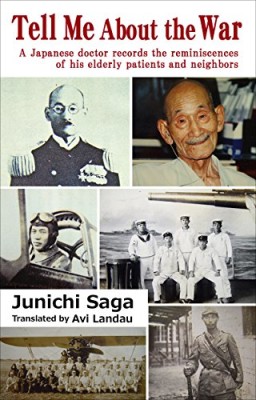 Tell Me About the War recounts the war-time memories of 13 men and women who lived in the Tsukuba-Tsuchiura area. It is now available as an ebook.

In his Memories of Silk and Straw, Memories of Wind and Waves and Confessions of a Yakuza, Dr. Junichi Saga (who lives just minutes from Tsukuba Center) has given us some of the most powerfully vivid portraits of life in small town and rural Japan ever written. Using the same distinctive listening and writing method, he created this collection of more than a dozen personal stories of the Second World War (and the fighting in China and Manchuria leading up to and through it) based on interviews with his elderly patients and neighbors.

These remarkably detailed reminiscences will take you from the central Pacific to the Persian Gulf, from the Frosty steppes of Northern Manchuria to the Jungles of Borneo, from the front lines to the home-front, into the air and on and under the sea. Told with a unique Japanese sensibility in which very often the most powerful statements are made by delicate suggestion or by what is left “unsaid”, these fifteen human dramas should provide readers in the English speaking world with a “new” look at the war, one seen from the other side – and even the most jaded reader of World War Two history will surely discover something new in it.

Mr. Keizo Noguchi, the mechanical wiz who rose up through the ranks of the Imperial Navy to become the chief engineering officer on several I-Class submarines during the war (including the notorious I-26 which ranked third in most tonnage of Allied shipping sunk). Arrested by the GHQ after Japan’s defeat, Noguchi was eventually released from Sugamo Prison, saved from possible long-term imprisonment (or worse) by the arrival of a written testimonial sent from the United States by one of the three survivors of the Richard Hovey, a man who had been taken aboard the I-26 as a prisoner after ship had been sunk.

The notorious I-26 submarine

Sadao Watanabe, ship’s blacksmith turned in-flight engineer, Mr. Watanabe describes life at the Kasumigaura Naval Aviation base, as well as the many air-strikes against Chinese targets.

Mrs. Kikuko Kikuchi, who describes in loving detail the unique Tokyo neighborhood she once lived in – before recounting the horrors of the great fire-bombing of May 25, 1945 in which she lost her mother and sisters as the whole area went up in flames.

Mr. Akira Hirohara, who had been a medical orderly at Base Hospital 74 in the Philippines, describes the hellish conditions inside the old mine-shaft his patients had to be moved into after their beautiful hospital had been destroyed in an air-strike. He then goes on to tell the world for the first time, what really happened to the patients who were too sick or injured to be evacuated from the shaft as American forces approached.

Mr. Tomizo Kakinuma, who describes the old red-light district in Tsuchiura – and the humiliations of life as a prisoner of war in Borneo. 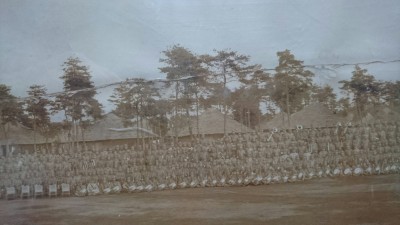 One of the things I learned about for the first time while translating this book was the existence of the Youth Volunteer Brigade for the Settlement of Mongolia and Manchuria (満蒙開拓青少年義勇軍-Manmo-Kaitaku Seisho-nen Giyu-gun) which was established in 1938  in an effort to increase the Japanese presence on the continent (and get unemployed Japanese youths off the city streets). A training camp was established in Uchihara, Ibaraki Prefecture (just next to Mito) to which young men 16-19 year olds came from all over Japan to prepare for their new lives in Manchuria. Mr. Tsuneo Ishii describes his  experience at the Uchihara Training Camp and what it was really like to be one of the “Patriotic Volunteers” 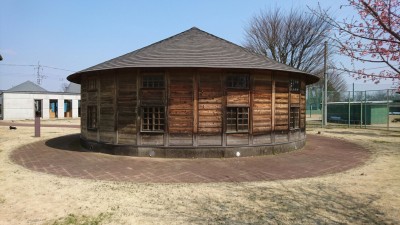 After you`ve read Mr. Ishii`s story you`ll probalby want to head up to Uchihara (just outside Mito) to visit the site of the old Uchihara Training Camp (内原訓練所- Uchihara Kenrensho). There is an excellent museum there at which you can see one of the old barracks (above) and lots of other memorabilia and informative displays. 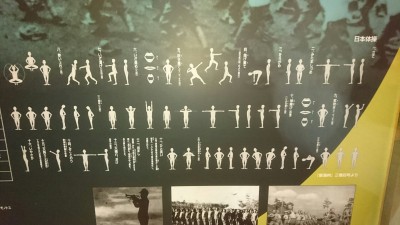 Mr. Ishii described going through this set of unique calisthenics devised by the founder of the Youth Pioneer Movement Kanji Kato. Each movement was inspired by passages from Japanese mythology. 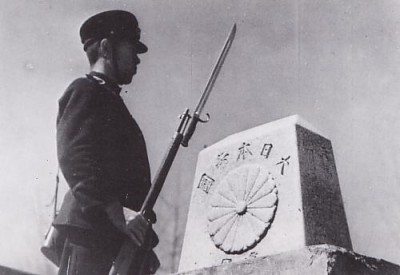 Shizu Horimoto describes life on Sakhalin Island (Karafuto) where she lived just near the border with the Soviet Union (above) with her husband who was working for a mining company.

Here is Dr. Saga`s forward to the book (Translated by Avi Landau):

When he came to my clinic seventeen years ago, he stepped into the examining-room and said: “I’ve got this on me. It itches a bit.” Mr. Noguchi, who had been born in 1897, opened his shirt to show me—and I immediately remembered having seen something just like it, in one of my textbooks back in medical school: Paget’s disease. A rare type of breast cancer that occurs in men. It appears on the skin as a chronic eczema while its cancerous cells invade the nipple and aureole, slowly spreading, till they eventually move into the lymph-nodes and then metastasizing throughout the body. I immediately took a tissue sample for a biopsy which proved me correct. I then wrote out a letter of introduction so that he could be treated at the National Cancer Institute, where he underwent surgery and a regime of radiation therapy.
After he’d recovered, he started coming to my clinic for regular check-ups. Along his left side, from his nipple to the armpit, was the scar left by the surgeons. You could see his ribs standing out beneath the surface of his nearly transparent skin. Low blood-pressure made him look pale and sickly, and being as long and lean as he was, he looked quite helpless there with his shirt off, while I examined him. But whenever he came walking through the door with his perfectly erect posture, he struck me as being unusually dignified, and I couldn’t help but wonder what it was that he had done for a living.
Whenever I tried, in my round-about way, to get him to talk about his working life, he seemed to get all muddled, and didn’t give me a clue. It continued like that for a very long time, till one day near the end of July of 1989. After I’d finished examining him, he muttered something so quietly that I could barely hear: “Doc… well… er… maybe I should tell you my story.”
And the next morning, in the rain, he came to meet me. And let me tell you… I was more than a little surprised to learn that such a gentle, unassuming old man had once been the chief engineering officer on several I-class submarines. What had brought him to the Navy, was not a special sense of patriotism or any other sort of idealism, but his family’s dire financial straits. At least that’s the way it sounded to me. As things turned out for him though, after having excelled as a student at various tuition-free Navy affiliated schools, he ended up as a career navy-man, who spent more than half of his life with submarines.
We had lunch together, and after we’d finished eating, we kept on talking for a few more hours. He finally signalled that he was ready to take his leave with a sudden: “Hah…. we sure have been here a long time!” And I followed him down the stairs and saw him off, as he headed back home in the rain.
About a week later, a large amount of blood came out with his stool, and since his anemia had already been quite bad, he was admitted to a general hospital. Late at night, on September 18th, a nurse making her rounds found him dead. He had taken himself off life-support by removing his intravenous tubes and oxygen mask.
On that rainy afternoon we’d spent talking, he’d told me about the various ships and submarines he’d served on and about all sorts of experiences he’d had. Still, there were some parts of his story that I would have liked him to clarify for me. It was too late, though, and I regretted the fact that I would never be able to speak with him again.