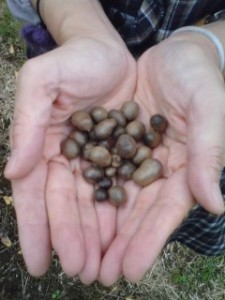 The thrill of a handfull of freshly picked wild mukago on a beautiful autumn day!

On my way to a little adventure in the woods surrounding the ruins of Konda Castle ( 金田城), near Sakura Junior High School,  I turned off the road and headed onto a little dirt trail. I then noticed an old neighbor of mine busily doing something by a bush of some sort. I called out a greeting so as not to startle her (Have you noticed that when Japanese are doing work outside, they never seem to glance up or around? I always attribute this to a deep focus on what they are doing, which is probably true, though some have told me that it’s just a way of avoiding having to say hello!), and then I asked her what she was doing. “I’m picking NUKAGO,” she said, “why dont you join me?” I thought, ”Well, why not?!” 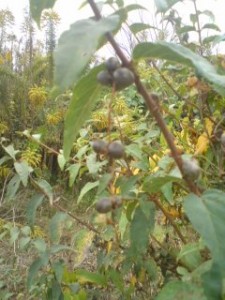 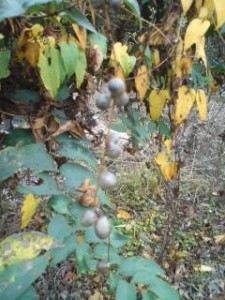 Mukago can be found in this area throughout autumn. In English they are called wild yam propagules (or bulbils) as they are the means by which the yam plants propagate (by dropping these little babies to the ground). You can find them in wild fields, by the side of the road, and even in some parks. 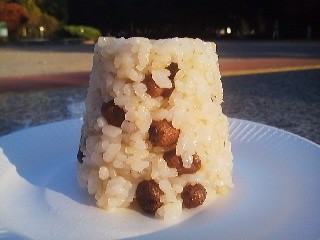 A tiny batch of MUKAGO RICE -made by putting mukago in a rice-cooker with rice,sake, salt and konbu (kelp) 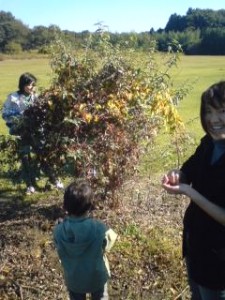 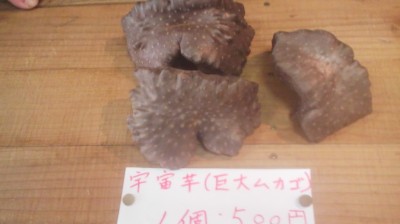 Something really unusual ! Giant, curiously-shaped MUKAGO on sale at a farmers` market stall in Tsukuba 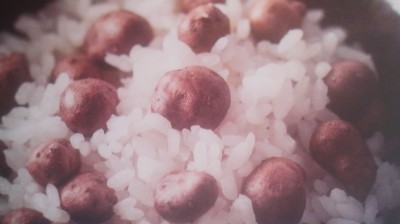 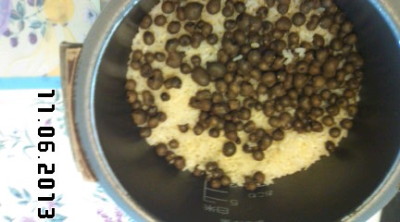 Mukago in the rice cooker