Thinking about visiting the Yasukuni Shrine on August 15 ? 14 August, 2017 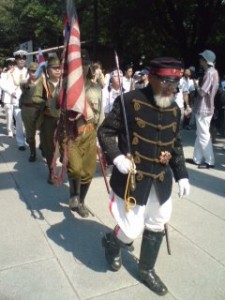 I have written extensively about my Aug 15th visits to the Yasukuni Jinja Shrine and my experiences at the (often violent) demonstrations (unreported by the Japanese media!) which take place nearby on the same date. Anyone interested in going tomorrow should read my former posts to get some idea of what to expect ( and what to be prepared for). 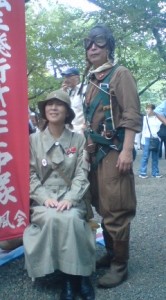 More people in costume on Aug 15th at Yasukuni Jinja