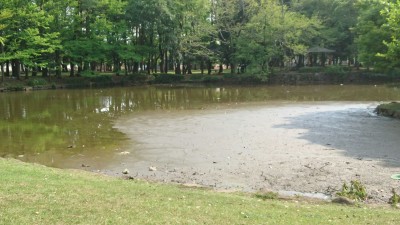 One of Tsukuba`s many park-ponds going dry from lack of rain (June 20, 2017- Matsushiro Koen Park)

One of the two great axioms upon which Japanese cultural identity seems to have been built (along with “Japan is an island nation”) is: “In Japan there are four seasons”. It is a notion so deeply instilled as one of the country`s “unique characteristics” that you will actually find (quite often) those who cannot believe (or do not want to accept the fact) that there are actually OTHER places in the world with a spring, summer, winter and fall. What makes this attitude all the more curious (or maddening) is the fact that for those of us who have grown up or lived in other temperate zones, Japan does NOT have four seasons – but five*: with a distinctive one month long annual rainy season called TSUYU (or BAIU), separating spring from summer. (Kanji characters used to write both Tsuyu and baiu are 梅雨, which mean plum rain – since it is during this season that the plum trees bear their fruit) 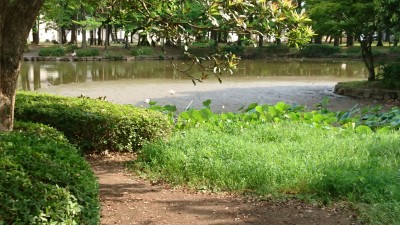 Matsushiro Park`s pond going dry – are we headed for a major drought in 2017?

When the cooler air mass that forms over the Ohotsk Sea in the far northeast moves south and hits the tropical Bonin air mass a front is formed (the baiu front) that gradually moves slowly northward over Japan creating the overcast rainy conditions that make up the rainy season. The Meteorological Agency announces its arrival and passing (for each region in Japan) every year (this year they declared the TSUYU to have begun on June 7th).

The rainy season has a huge impact on the Japanese environment and likewise on the agricultural cycle. In fact, the rains that fall in this season are known as 五月雨, which is written with Kanji characters meaning RAIN OF THE FIFTH MONTH, but is pronounced as SAMIDARE, which means, “waters bestowed upon us by the god of the rice-fields: Sa no Kami). The rains are essential for rice and other vegetables, as well as for filling up reservoirs (before the age of large dams) so there could be water during the subsequent hot and dry summer.

Many Japanese writers also that the rainy season and the subsequent steamy summers that it generates have led to the development of certain important characteristics of Japanese culture, most notably the concept of MA (間) – as sense of distance, space between people and people and things and things – so that they don`t get feel stuck together or get moldy in the steam-room like humidity. These writers suggest that this rainy season derived sensibilty has affected not only Japanese food, dress and architecture, but has also led to the empty spaces of traditional Japanese paintings and the silences prominent in Japanese traditional drama and music…. but who knows? 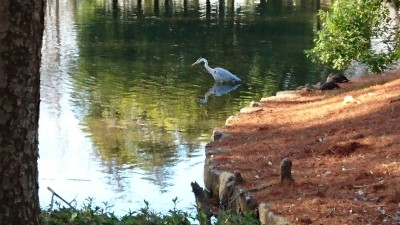 When full – as it uusally is, Matsushiro Parks pond teems with life – herons, egrets and even kingfishers! The neighborhood kids can also get their fill of tadpoles and crayfish there.

Some years, though, the rains just don`t fall – despite the fact that the season has been officially declared open! Traditionally this has been called KARA TSUYU (empty rainy season)…a word whose very mentioning would have brought a sense of forboding and dread to farmers of past ages. I started to get the same sort of feeling the other day when I passed by the pond at Matsushiro Park here in Tsukuba. Instead of the the delightful image of an elegant egret or heron reflected on a mirror-like surface I saw mostly mud! I later called the city office and was told the reason was, in fact, lack of rain. Not even the full day of precipitation we had on the 21st (the solstice day) was able to do much good – we need DAYS of rain – in other words: the rainy season!

In today`s Japan,with it huge reservoirs (quite full this year in eastern Japan because of large amounts of melted snow) behind massive dams and extensive irrigation systems the rice and vegetable crops should be alright – if the rains do show up in the coming weeks – if not, we are in for a drought. Western Japan is more susceptible to lack of rain during the rainy season because they have less snow during winter and thus less water in their reservoirs. The most drought-prone prefecture is apparently Kagawa, on the island of Shikoku (it is also Japan`s smallest prefecture in area!). Those who know their history might remember that one of the great achievements of the Heian Period priest Kukai was to construct the Manno Pond so that there would be water during that area`s frequent droughts. 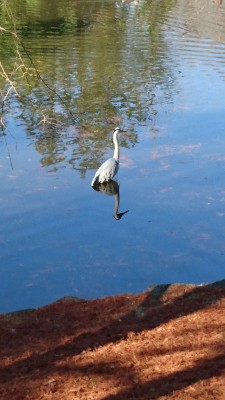 The Tsukuba area now has several reservoirs that can provide water for irrigation, but in days of yore, both drought was a major problem in the Tsukuba area- and the history books are filled with stories of MIZU ARASOI – 水争い (battles over water)- some of them deadly. Many of the areas shrines and temples also specialized in amagoi (prayers for rain) – we might have to bring back the old rituals in a couple of weeks if things keep going like this! 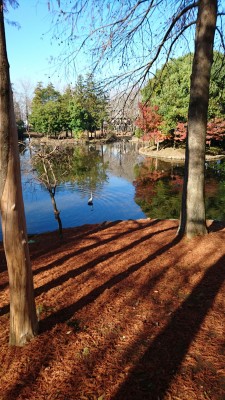 * You could even say there was a  sixth season: the typhoon season, beginning at thd end of Augustn