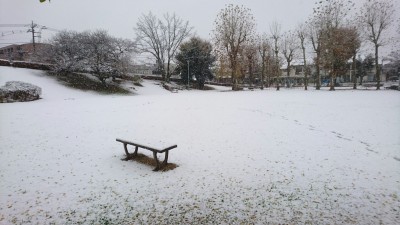 November 24th 2016 at around 10 in the morning. the Kajibatake Park in Tsukuba blanketed in the first November snow in 54 year.

One of the things I remember most distinctly about the Great Eastern Japan Earthquake of 5 years ago, was how cold it got shortly after it struck. I`ll never forget the misery and anxiety of waiting there in my dark and freezing cold and damaged house for word from my family – who had gone to Chiba Prefecture for the day. Since then I have always wondered if there could possibly be a connection between earthquakes and dropping temperatures. Anyway, yesterday, there was another large earthquake with epicenter at almost the same location as the Big One of 2011. Fortunately the tsunami it generated was tiny and caused little if no damage – and the cooling system at the Fukushima Number 2 Nuclear Reactor only shut down for about 2 hours before turning back on (whew!). Still, I remembered the cold that descended upon us last time, and I joked to my family and friends…”There was an earthquake – so now it`s gonna get cold!” 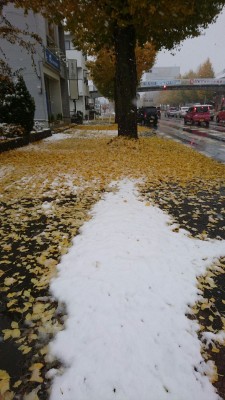 Awakened early by an usual chilliness in my room, I opened the curtain and was blinded by glare! My garden and everything in it was blanketed in a still heavily falling snow!

Then, to really bring back memories of 2011, my electricity suddenly went out – leaving me with no lights, no heating !  A black-out, I thought. Just wait till the juice comes back on.

But then I noticed a post-card like item on my living room coffee-table – no…. YES! An unpaid electric bill ! I call the number on it – now your power gets turned off by computer when you`ve forgotten to pay the bill (no more electric company people coming to your door to remind you to pay before they shut it off!) 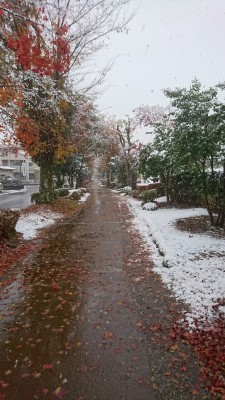 Autumn leaves and snow-
Matsushiro, Tsukuba (November 24) People in the KAnto area are not accustomed to snow and get very nervous about moving around in it – even this sort of delicate blanketting – don`t be surprised if appointments are cancelled and transportation delayed!

On the way there and back I got some pictures of today`s rare November snow.

I got back to my freezing, extremely messy house For better insulation, I closed the curtains. In the pitch darkness, I wrapped myself in blankets and waited for the lights and heat to come back on… it was like 2011 all over again…well, almost. 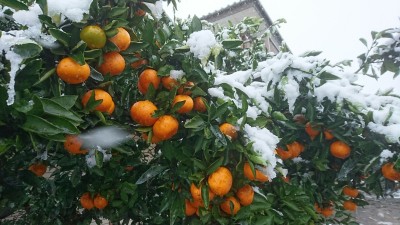 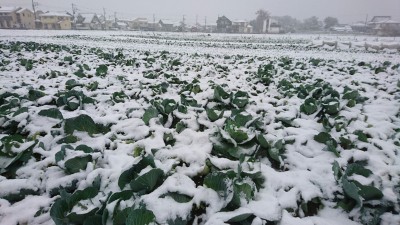 So is there really a connection between earthquakes and sudden drops in temperature? Might sound unlikely… but till the scientist show me that it ain`t true…my experience with quakes and cold have got me believing!