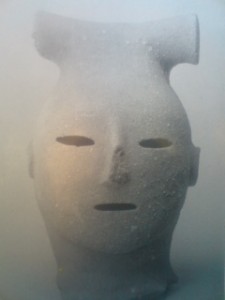 The other day, in the mood to explore, I got on the Tsuku-bus Hokubu Shuttle (北部シャトル) from Gate 3 at the Tsukuba Center and stayed on until I reached the last stop- TSUKUBASAN GUCHI (筑波山口)- at the foot of Mt Tsukuba, about 40 minutes ( and 300 Yen) later. Coming to our final halt, on the right, I had a nice, up-close view of  the mountain, as it would have been seen by many of those who came to visit it in the first half of the 20th century- because this is where they would have gotten off if they had come by train ! The old Tsukuba Tetsudo Railroad, which ran from Tsuchiura to Iwase which stopped operating back in 1987, had its Tsukuba Station here, in what is the village of Numata. This was thus, the most common gate- way to the mountain ( and its important shrine) from 1919 ( when it first started running) until the 196o`s and the ascendancy of the privately owned automobile.

Looking to the left, as I dug into my pockets to scrap up the change for the fare, I saw what remains of the old station- though the tracks are there no more. The old rail-line, in its entirety, has been turned into a cycling path called the RINRIN ROAD, and I noticed a couple of cyclists zip by ( along with some people out for a stroll) as I stood up and walked down the bus` aisle to pay and get off.

Depositing my coins into the farebox, I said thanks to the driver and started to negotiate the steps leading to the pavement. Looking straight ahead as I did this, I saw, about a hundred meters off in the distance, behind some small houses, a cluster of tall trees whose canopy formed an arch, suggesting that it was on a hill of some sort. 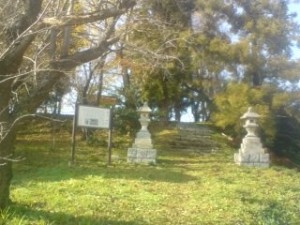 Crossing over the RINRIN ROAD and turning into the narrow road just to the right, I walked ahead.With the tall trees in sight I turned left at what seemed to me the way to approach them. As I rounded a bend there was a small pond to the left, while  on the right the wooded hill came into view. There was a path leading up its top, with the entrance to it marked by two stone lanterns on each side. Looking towards the top, among the trees, I could make out a structure which was apparently a small shrine. Interestingly, I could see that there was much more to this hill than its wooded peak. It actually sloped down a bit to form a lower and much longer ( about 50 meters) elevated area. 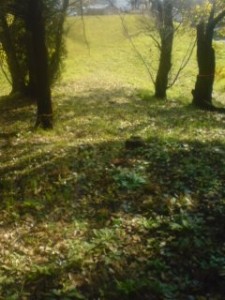 A look from the top toward the west

Walking up to the stone lanterns, I read the signboard posted on the left ( in Japanese). It confirmed what I had already suspected ( for reasons which I will detail below)- that this was an ancient (6th century) burial mound, of the KEY-HOLE shaped type ( zenpo-koen fun, 前方後円墳). It was suggested that this might be the tomb of one of the early local rulers of this area,  ABESHIKO NO MIKOKTO, who is said to have been one of the men to have first tried to integrate this part of the Japanese Isles into the Yamato Empire.

I later learned from further research, that this was the largest such tumulus among the nearly 200 found within the Tsukuba City limits. Even without knowing that fact, however,on that day, I found the site quite impressive. and realized somehow that this place was special. Certainly an excellent choice for a grave site- sandwiched between the long venerated mountain and the Sakura River. 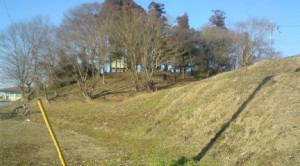 A look from the North-West

The little shrine on top of the hill is dedicated to HACHIMAN ( the deified spirit of the Emperor Ojin and his mother Jingo Kogo- by far the most common type of shrine in Japan!). It was not surprising to find it here, on top of a great warrior`s tomb, since this type of shrine is closely connected with WARRIORS in Japan, and especially with the conquest of the North-Eastern part of Honshu ( Japan`s main island).

Because of the presence  of this shrine, the tomb mound itself has come to be known as the HACHIMAZUKA KOFUN  (the HACHIMAN MOUND TUMULUS). It was excavated by archaelogists from Ibaraki University in the 1970`s

Descending the hill and walking a bit up to the north I found another, much smaller burial mound which consisted of a stone chamber.

But let me explain a bit more about KOFUN in general. 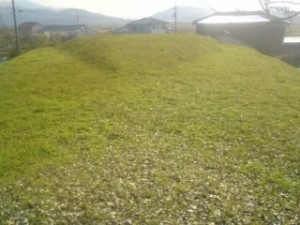 A view from the top facing west

Kofun (古墳), the ancient burial mounds which were erected in various shapes and sizes in  Japan between the 3rd and 8th centuries AD, help define Japanese history and the Japanese landscape. Their Golden Age, a period between the 4th and 6th Centuries is actually named after them- The Kofun Period (KOFUN JIDAI), and because these mounds are now usually still forested and left undeveloped (because they are tombs) they often make  for the only oases of greenery on Japan`s densely populated plains.

There are over 100,000 of these Kofun in Japan, and about 200 right here within the Tsukuba City limits ( and it is highly likely that any wooded hill that you see is a Kofun).

The earliest of these tumuli were erected in Western Japan ( near Osaka, Nara and Kyoto) in the late 3rd century, for interring the local elite. The custom then spread to the northern part of the island of Kyushu. Later, when Eastern Japan ( including what is now Tsukuba City) fell into the Yamato sphere of influence, kofun  also proliferated there. ( The custom eventually died out with the spread of Buddhism when great men erected temples instead of large tombs- if this did not happen the Japanese Archipelago would have eventually been covered completely, north to south with burial mounds!)

From century to century, and from region to region there was of course  variation in kofun FASHION. The most representative of their shapes  is known in English as the KEY-HOLE style (zenpo-koen fun, 前方後円墳)-  like the HACHIMANZUKA KOFUN- because they look like an old fashioned key-hole when viewed from the air. But as I have just said , these tombs came in many shapes and sizes ( taking up anywhere from a few meters to a few acres! In fact Emperor Nintoku`s Key-hole shaped kofun in Osaka Prefecture is one of the largest, if not THE largest tomb in the world).

Another important feature of kofun is the typical array of funerary objects which they usually contain (besides the bones of the deceased). Most famous are the clay figurines called HANIWA (埴輪) and the tadpole ( or fetus?) shaped beads called MAGATAMA. Also typical are swords, armor, mirrors,etc.

It is especially the HANIWA figurines that can be a great source of information ( all speculative , of course) on Japan in that period, a time a which writing had not yet been introduced to th archipelago.

These figurines, which depict both men and women, aristocrats and commoners, and a variety of animals, can give scholars and laymen alike, some food for thought in terms of what life was like in Japan during the formative years of the Yamato State. 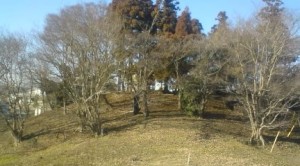 A view from atop the tombs center 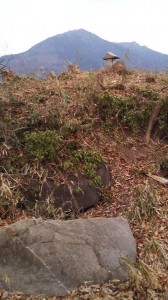 Another burial mound, this one consisting of a small chamber make of large stones can be found about 50 meters to the north- with Mt Tsukuba in the background 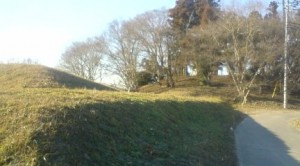 A view of the KOFUN from its western tip 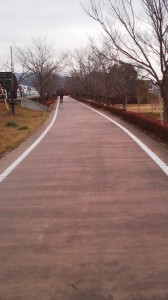 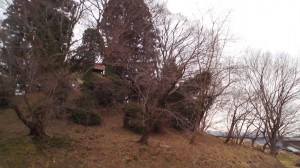 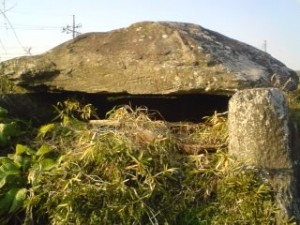 Another of Tsukuba`s many interesting ancient tombs- this one, consisting of large stones is in the town of Hojo`s Nakadai 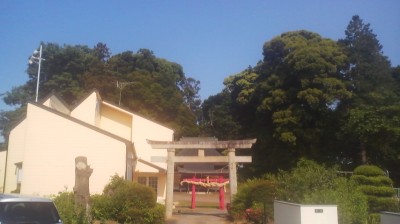 Matsuzuka Kofun in Matsuzuka, Tsukuba- is beautifully shaped and has a Kashima Shrine ( the most common type of shrine found in Tsukuba- closely connected with the settlement of this region by immigrants from Western Japan, who arrived by ship via what is now called Lake Kasumigaura- and later with the suppression of the great rebellion of Taira no Masakado in the mid-10th century. 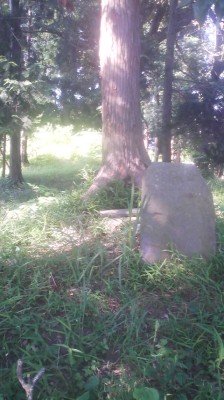 On top of the Matsuzuka Kofun there is a SHO-MON KONGO (青面金剛) – it was believed in past ages that this deity could help keep small-pox away.