Attempted Robbery at Lawson`s Convenience Store in Tamatori, Tsukuba – near the Ichinoya Shrine and Tsukuba U.`s Ichinoya Dormitory Complex 25 May, 2016 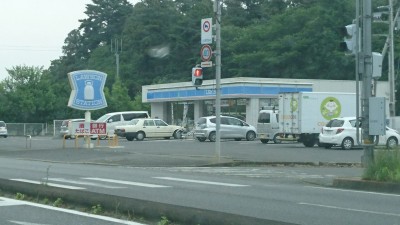 I took this shot driving past the Lawson`s at which the incident took place. The woods in the background cover an ancient burial mound (one of around two hundred such tombs lying within the Tsukuba City limits) and is part of the sacred grove surround the Ichinoya Yasaka Shrine

Convenience stores have drastically affected Japanese lifestyles – and not only in terms of diet. People use them to pay bills and taxes, send parcels, buy concert or exhibition tickets, and read books and magazines. A new area they have gotten into with great success these past months has been the coffee and doughnut business. They have also greatly affectly Japanese landscapes with some conveninece store or another on almost every corner (it is hard to resist, when out taking a walk or bike-ride, entering each one you come across, for a drink, ice-cream, or rice-ball!). The woods and bamboo groves have been cut down to built them. Rice fields have been filled in.

Another area the convenience store have had an impact on in Japan is crime. They attract it ! Armed robbery is still quite rare in Japan, but when it does happed – and it IS happening with greater frequency, it is usually at a convenience store! It must be because they are open 24 hours, and always have plenty of cash on hand. I know of at least 3 COMBINIs (as they are known in Japan that have been robbed in Tsukuba in the last few years – and in Ushiku (our neighbor to the south, their was a veritable epidemic of convenience store hold-ups last year (the police finally was able to round-up the gandg of junior high-school students resonposible. 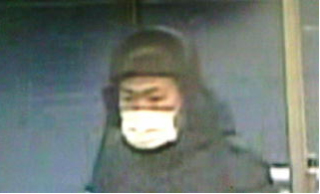 Wanted – The Tsukuba Police Department has released this image, captured by a security camera, of the suspect whom Witnesses have described as male, around 20 years of age, 170 tall and slim of figure. He was wearing a black down jacket with a hood at the time the incident occured.

Another convenience store, this time a Lawson`s, was struck this past weekend (May 21). Fortunately, the suspect fled the scene without having gotten his hands on any of the cash.

Here is what happened.

At 4:36 AM, Saturday May 21st, the suspect entered the Lawsons near the Ichinoya Shrine in Tsukuba, wearing a black helmet and white surgical mask. He approached the person on the night-shift, pulled a knife, waved it threateningly, and said “Give me the money!”

The young-man being threatened, simply rushed back out of harms reach, and not knowing what to do, the suspect fled the scene.

The police have made images of the suspect available. 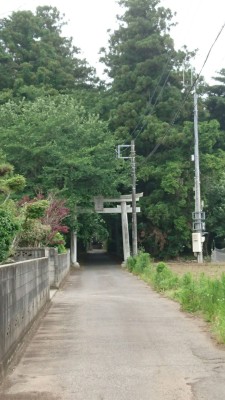 The Torii gate leading to the Ichinoya Yasaka Shrine is visible from the road – so inviting and mysterious – a open gateway into sacred space – just a few yards north of the Lawson at which the incident took place. 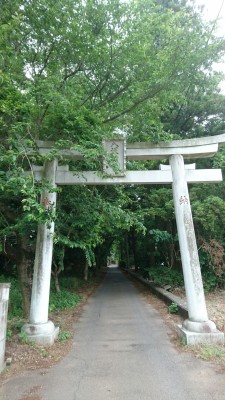 While promoting all their convenience, COMBINIs are creating a less healthy, more wasteful society. I can go on and on with this rant against their evils…. but I can hardly keep my eyes open. Think I`ll pop into the 7-11 down the block and get my self a nice cup of coffee……..