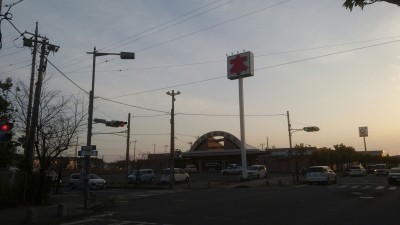 The sun goes down over the Yu-hodo bookstore`s Sakura Branch. The chain suddenly annunced that it will be closing all three of its Tsukuba branches this February (2016)

O the fleeting nature of all things ! It`s the end of an era. Or at least that`s what it feels like to us old Tsukuba hands who have long gotten (or browsed) our books at the Yu-hodo book stores. The sudden announcement that the chain of three bookstores has closed down – without notice – sent shockwaves through Tsukuba, and those who came to pay their last respects, and buy one last book could even be seen shedding tears as they stood in the now empty shell of the old Azuma branch. 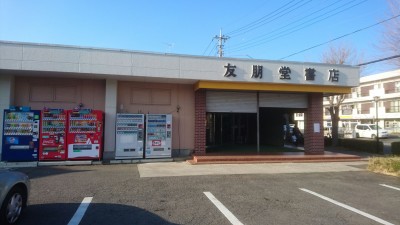 The Azuma Branch, the one that I most frequented , though almost completely emptied out, will be open for the next couple of days – so if you`d like to pay your respects or reminisce….

For me the Yu-hodo stores, especially the Azuma and Sakura branches, are like palaces of memory, after hours libraries of sorts (open till ten) where a great deal of my education in the Japanese language and culture took place- first with children`s picture books written exclusively in the KANA scripts, and then working my way all the way up (over the years) to the sublime complexities of classical prose and poetry. It was a place where I studied about bento lunchbox making, the history of the Ainus, Japan`s moutains, flora and fauna – its constant stream of bizarre conspiracy theory book (long before the advent of the internet). 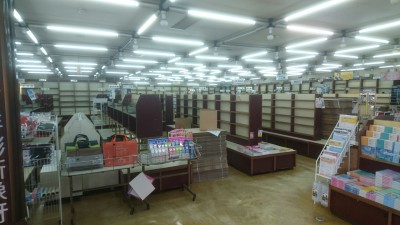 The emptied out Azuma branch brought tears to the eyes of some old time regular customers.

Many foreigners who have visited the store over the years, have been disappointed to find that there was not a single English book in the store (though they did have Time Magazine till the end – which I flipped through only a handfull of times over the years). In fact, it might be one of the only bookstores of its quality in all of Japan to be so English free.

The funny thing is, that I might be the one to blame for the lack of foreign language material there. You see, when I first came to Japan as a student (way back when) they DID carry a limited but very fine selection of English books. I used to spend  a lot of time doing TACHI YOMI (reading at the bookstore- a normal and accepted activity at Japanese bookstores) and had gone through several books (over a period of weeks) in their entirety, as I stood in the bookstores aisles. Then, one evening when I came back to finish reading the classic “One Thousand Cranes”, I arrived at the shop only to find that it was not there anymore. It had disappeared with all the rest of the English books.

I am pretty sure that they got rid of them TO GET RID OF ME! In fact, I am going to finally ask long time employee Tokunaga-san about it tomorrow (this willbe my last chance to learn the truth!). Anyway, I never did let it bother me – in fact it was even a boost – in that it got me, book addict that I am, to concentrate on learning to read Japanese! 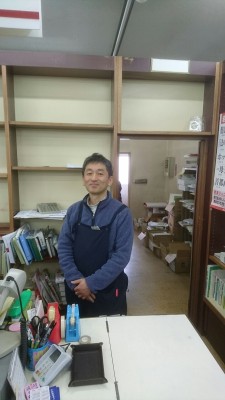 Tokunaga-san who has worked for Yu-hodo for more than thirty years (and sold me a pretty penny worth of books) will be moving on after this weekend.

I`m sure that whne you read this headline you immediately assumed that the shops were driven out of business by Amazon.com or some large outlets of major national bookstore chains that have opened up in Tsukuba`s new shopping malls. Apparently, though, Yu-hodo`s customer base remained loyal to the end and kept sales sufficiently high. The problem was with the middleman – the supplier, the wholesaler. They went under, and an acceptable replacement could not be found. And for that reason the shops, iconic symbols of the first decades of the Tsukuba Science City have closed their doors forever. 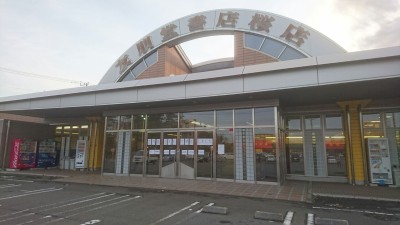 The Azuma branch, though almost completey emptied out will be open today (and perhaps tomorrow,,, so if you`d like to drop by, take the small building`s interior in – just one last time and let all the memories come flowing back, you still have a tiny window of opportunity.