TSUKU ICHI – Tsukuba`s once-a-month outdoor morning market. About 30 of Tsukuba`s health and environmetally conscious businesses put up tents and tables to offer their products. Its a great place for breakfast, lunch, or just coffee and cake

It is now a a part of Tsukuba lore. Back in 2008, three men: the proprietor of Tsukuba`s Brotzeit Bakery, a producer of organic vegetables, and the founder of NPO- GOKIGEN FARM (ごきげんファ-ム)- referred to almost reverently now as the BAKER, the FARMER, and the CONCERNED CITIZEN- decided to create a monthly event which would bring together like-minded local businesses and consumers – those interested in high-quality, healthy, environmentally-friendly, locally produced products – at a centrally located venue. 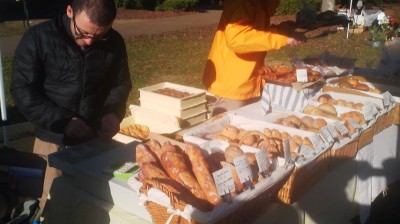 One of Tsuku Ichi`s most popular boots is run by Frenchman David. There are always long lines for his freshly baked breads (Dec. 7, 2014)

Over the years, their idea has turned into a beloved Tsukuba Institution known as the TSUKU-ICHI (つくいち). The first time it was held, on July 18th 2008, eleven stands of varying shapes and sizes were set up in CHUO-KOEN PARK (中央公園)- just across from the street from the TX Terminal. They sold freshly baked breads, coffee, and locally grown organic produce (among other things). 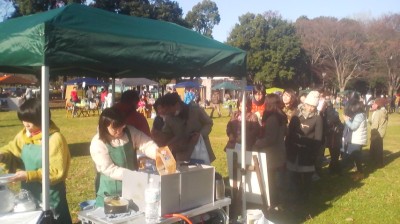 Tomorrow ( September 6, 2015), for the 86th monthly TSUKU-ICHI, you will find more than 30 stands waiting for you, offering a wide variety of foods (some of my favorite restaurants are represents !) and crafts- there are pony rides for the kids, as well. 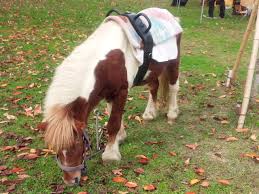 There are pony rides for the kids (or anyone else who care to get on), as well.

What`s in the Name?

The name Tsuku-Ichi is a play on words which derives from two  meanings of the Japanese word ICHI. One is MARKET (市場)- as  in TSUKUBA no ICHIBA (つくばの市場), and the other is ONE (一), ICHI, as in ONCE A MONTH. And that is exactly what TSUKU ICHI is- a once-a- month Tsukuba market-place at the Chuo-Koen Park. 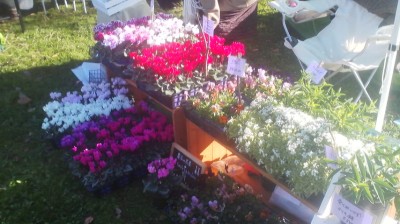 The most delicious stuff sells quickly, so its better to get there early ( a great place on a fine day for your Sunday morning coffee!)

In the event of heavy rain or strong wind, the market will be cancelled.

Simple as pie! Just across the street (to the north) of the Tsukuba Center bus and train terminal .. 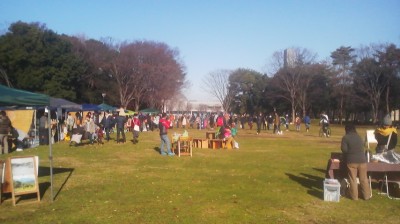 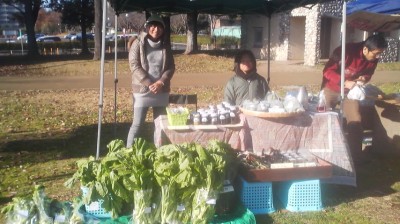 Hasegawa-san and her son Wataru selling their blueberry and rhubarb jams along with plenty of fresh TAKANA leaves. 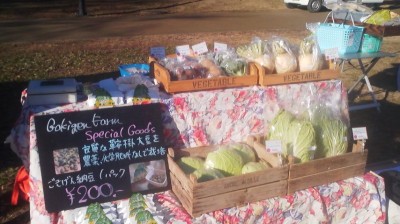 Organically grown vegetables from GOKIGEN FARM- I actually get home delivery from them once a week ! 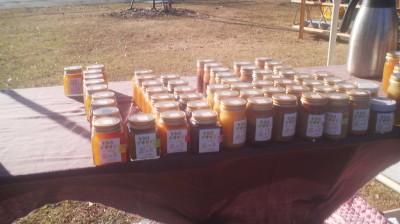 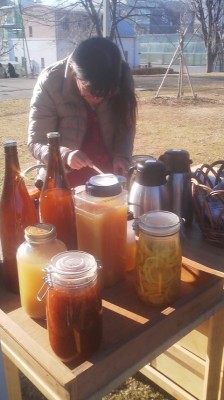 And some YUZU (citron) tea – perfect for keeping colds away!