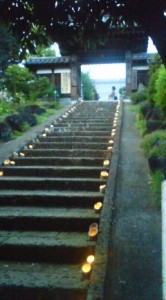 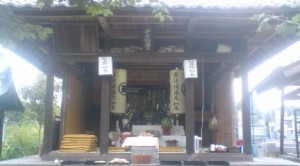 Also for keeping summer sickness away, certain shrines set up straw rings, which are stood upright so that people can walk through them. This concept  derives from a story in Japanese mythology in which the very same disease- preventing- god, Susanoo-no-Mikoto, advises a poor , yet kindly man (Somin Shorai) to fashion a ring of reeds, and wear it around his waist to keep healthy during an imminent epidemic. 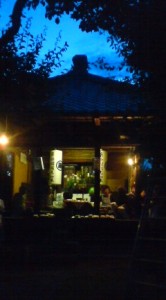 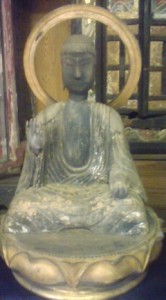 There are other cases of Emperors making supplications to Yakushi-Nyorai,  (a Bhoddhisatva who vowed,a mong other things, that once he achieved Buddhahood, he would heal the sick), in order to bring about the cure of their own, or their loved ones illnesses. The most famous case of this is probably that of the Emperor Temmu, who in the hope that his wife, the Empress Jito, would recover from a severe sickness, constructed the great Yakushi-Ji Temple in Nara in the 8th century. Ironically, the Emperor himself ended up passing away while the Empress, who went on to finish the construction project recovered, and became one of the few women to become Emperor of Japan and reigned from 686 to 697. 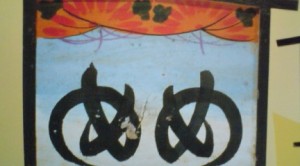 An E-ma votive tablet which shows two eye-like characters, each reading MEH- which means eyes in Japanese. Numerous such tablets can be seen hanging in the Yakushi-Hall at Kakuo-Ji 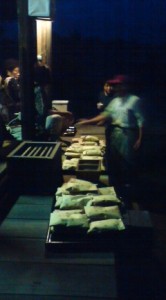 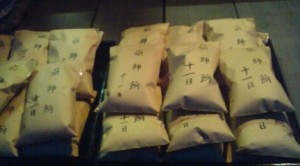 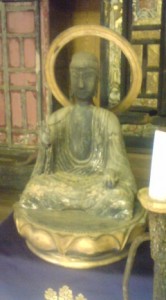 I have written more about Kakuo-Ji here: