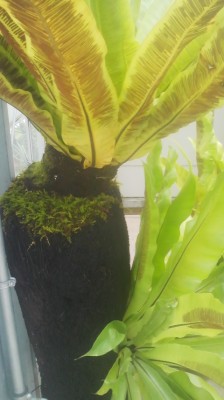 Life on Earth has evolved into an astonishing variety of shapes which survive (or go extinct) using an almost equally astounding number of life-strategies. No matter how much I keep travel ( and I have been doing A LOT of that since childhood)- in mountain, jungle, desert or sea-shore (as well as many years of scuba-diving) this fact neer ceases to fill me with AWE. 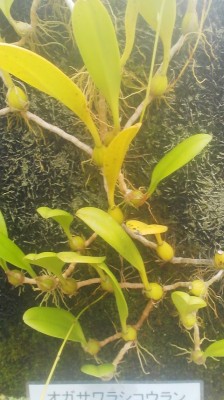 But today my AMAZEMENT has increased. The Tsukuba Botanical Garden has put together a collection of some of the most unusual living creatures you could ever imagine- especially if you are one of the folks who think that all plants have roots (underground),and leaves and stems (above-ground), and produce energy out of sunshine using photosynthesis.

None of that at this exhibition! 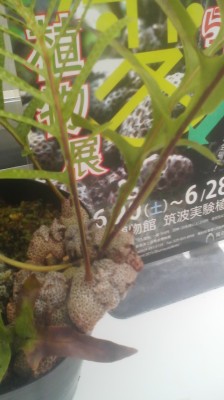 A specimen from the “plants that lie with ants” s section. Note the bulbous structures at the base of the stems. These are convenient for ants to nest in. 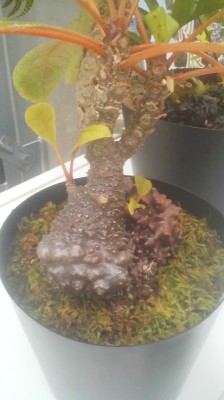 Another plant that lives symbiotically with ants- the little critter take up residence in that cavernous structure and the plant gets nutrition from food brought in by the ants, as well as the ant waste 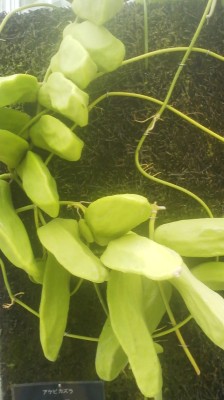 Some more plants that provide shelter for ants

While the show is broken up into several sections at different “houses” on the garden grounds, the most impressive is what you can see at the TAMOKUTEKI ONSHITSU (多目的温室) – the Multi-purpose Greehouse- because the other sections consist mainly of photographs (incredible, though they may be.) 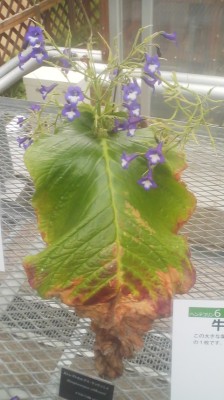 Even the most jaded nature-travellers will feel their juices start flowing again, brought back to life by the dozens of  rare WONDERS of evolution- from the teeny-tiny to the immense. 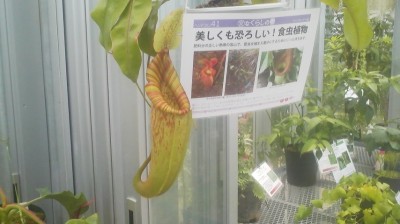 In the multi-purpose greenhouse, the plants have been divided into small sections with such titles as: “Plants with no roots or leaves”, “Carnivorous plants”, “Plants living on the tops of trees”, “Plants living together with ants”, etc. 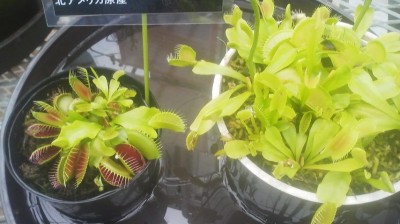 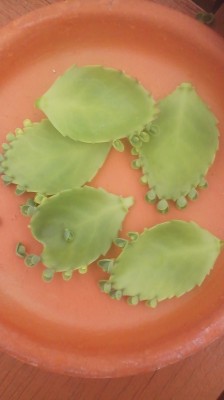 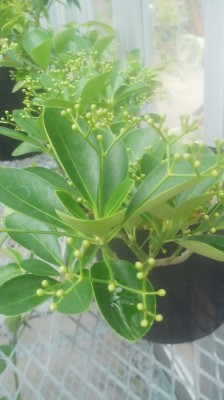 It all got me quite giddy- until I wandered into the  large greenhouse across the path- the tropical rain-forest. I looked up at bananas and cocoa beans as I cut my way through the humidity. And then, suddenly, something stuck me, startled me, stunned me… in the way that I imagine a stun-gun might. It was a scent.. something so foul….. reminding me of the SHUDOFU stands I sometimes pass in Taiwan….

I staggered down the path, walked around a bend- and then another. I came to the Cactus Hall. 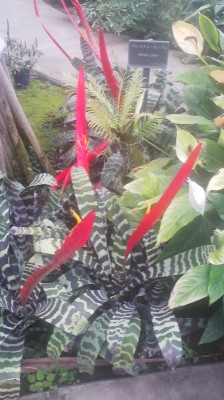 As usual it was crowded with cacti – but on I noticed it was crowded with people in there as well. they had come to see a 5 meter tall plant native to the United States and Mexico that is now in bloom. this is in fact only the second time this plant has bloomed since brought to the garden back in 1986. the event was so rare it made the TV news- which explained the crowds. 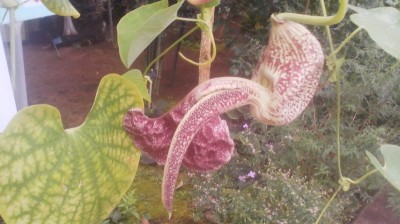 The foulest smelling plant I`ve ever had the misfortune of catching a whiff of- Aristolochia brasiliensis – truly traumatic! 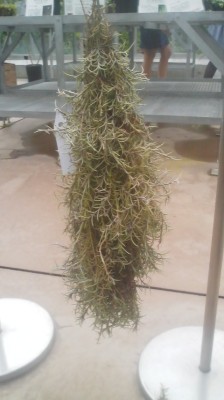 A plant that lives off mist – tillandsia capilaris 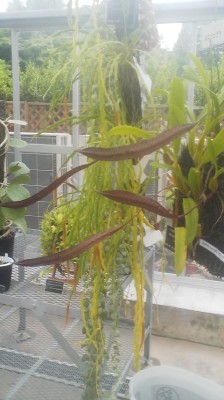 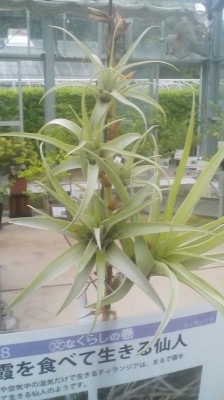 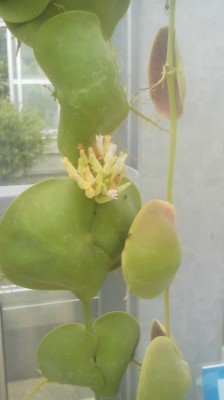 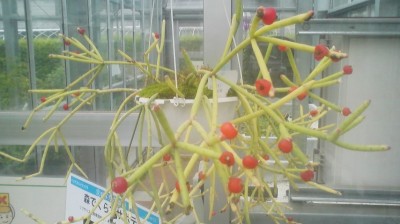 A cactus that grows in the woods 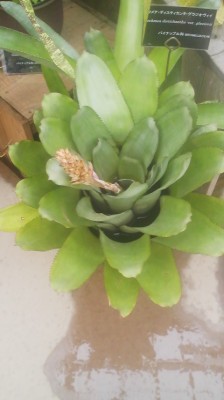 A plant that catches and holds water

The Tsukuba Botanical Garden is not only a great place to see exotica, it is perfect for taking note of the week by week natural shifts that occur here in Tsukuba. I go once  4 times a month to see what blooming and what`s faded- or what birds or insects are singing, Its a great place to study, read, or had enjoy your lunch box.

It is also one of the best bargains you can find. For 1,000 yen you can get an annual pass which gives you free admission ( a great saings for a frequent visitor like me) A one time visit is 300 yen. 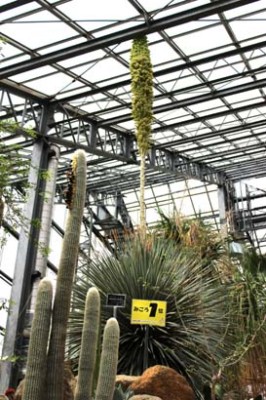 The Tsukuba Botanical Garden has been very crowded this past week- and its not the Rare Plant Exhibition (or not that alone) For the second time since its arrival in Tsukuba in 1986, this 5 meter tall Darylirion Wheeleri has bloomed- an event which has received extensive coverage in the press