The Tastes of Tsukuba and Ibaraki – a food fair at Tsukuba`s Seibu Department Store`s 6th Floor – thru April 7th 5 April, 2015 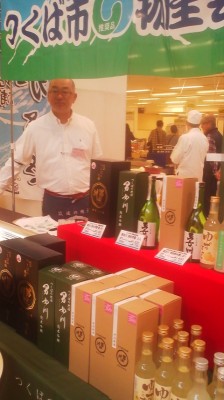 My favorite booth at the Tsukuba Food Fair is naturally the one run by Inaba Shuzo, the sake brewery half-way up Mt. Tsukuba and producers of some truly heavenly rice wines – taste them all I especially recommend the one called AWAI KOI , a unique sake experience!

The 6th floor is where Tsukuba`s Seibu Department Store holds its special exhibitions and events. These are often well worth a visit. Food or craft fairs focusing on different regions of Japan are what interest me most- the Hokkaido and Kyushu Food Fairs (held several times a year) , the Kyoto Craft Fair, the occassional Station Lunch-Box Fair…… are events I try not to miss. That`s why whenever I`m passing through Tsukuba Center and have a bit of spare time, I make it a rule to ride the escalators up and see what`s going on. 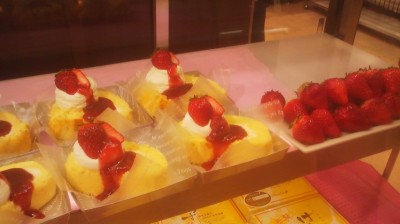 Yesterday was a first for me. Emerging on the 6th floor I found myself in the middle of a Tsukuba Area Food Fair. There were a couple of dozen booths representing various establishements – most of which I have already been to (so I knew alot of the staff there working that day), and a few which I had only heard about (and have long wanted to visit).

The booths were all offering generous tasting samples……. so it turned out to be a convenient way to try out what some of the area`s most famous shops cook up…… for free! Though I did end up buying some stuff to take home, it was so good. What kind of foods are they offering  at a “Tsukuba Area Food Fair”? Well- why don`t you go check it out. I`m headed there again right now for lunch….. I`ll take some pictures and post them when I get back. 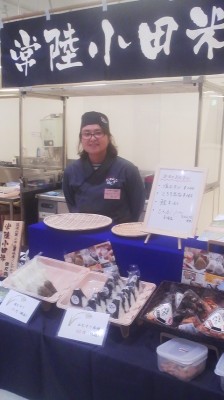 Onigiri rice-balls from Oda, in Tsukuba. This booth was also selling rice flour, rice shochu ( a distilled liquor) and bags of uncooked rice 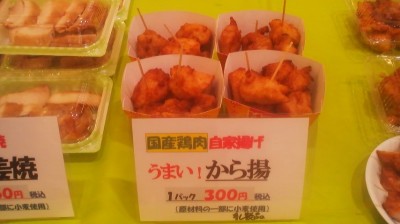 Kara-age (deep fried) chicken nuggets from TORISENKA YAMABU, in Mitsukaido, Joso City ( to the west of Tsukuba, across the Kokai River) I have long heard about this old shop, from Tsukuba locals- but had never been there 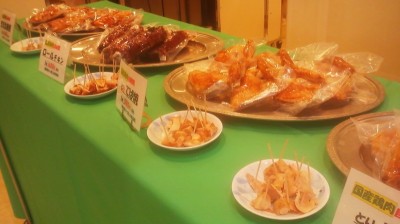 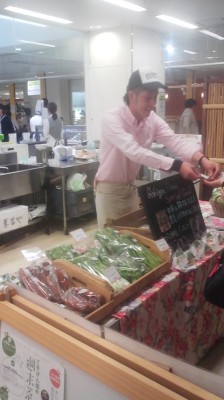 Organic veggies from the GOKIGEN FARM. I am actually a member of this NPO in that for a small fee, they deliver their produce to my door every Monday. 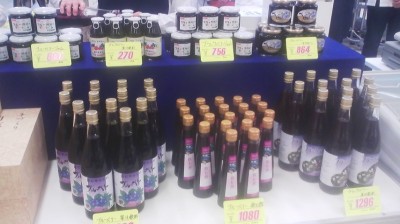 Blueberry and rasberry juices produced in Sasagi, Tsukuba. I bought a bottle of raspberry juice after having a taste. 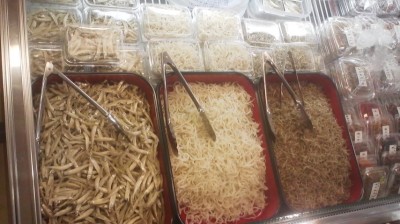 For some REAL local food, try some WAKASAGI (smelt) from Dewaya, one of Tsuchiura City`s more venerable shops 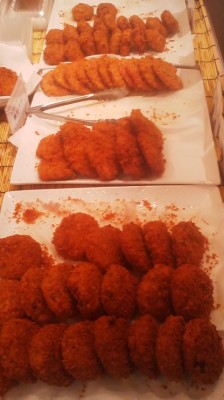 One of the most popular booths for both tasting and purchasing at the fair is YOSHIMURA the one selling these croquettes. They have two branches, one in Oda and one in Kurakake. I had never heard of them before! 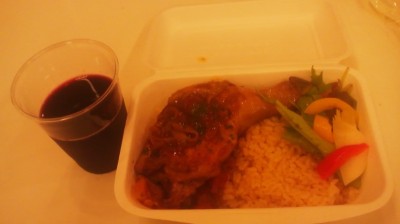 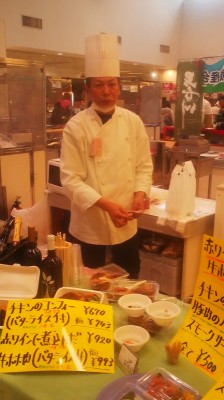 Something for the true gourmet. Have the chef from Wineya Premier fix a lunch-box for you! 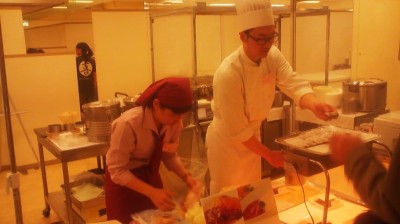 The Seibu Department Store opened its Tsukuba Branch some time in the mid-1980s – in fact, it was exactly 30 years ago, this year. That was the height of both Japan`s economic bubble period – and the Seibu company`s own success and prestige. At the time, the land on which the store was built had only just recently been deforested (it had been a vast woods and marshland!) and shopping in Tsukuba was still mostly done at generations old mom-and-pop shops. It was back in the days when civil servants were still given an additional “hardship stipend” (te ate) for being posted so far out in the deep countryside.

In other words, when it opened, the Seibu Department Store was an oasis of modern Japanese life and sophisticated consumerism, amid the then green, rustic surroundings.

For many years after it first opened, it was really the focus of much of Tsukuba`s cultural life, as well. There was a good movie theater there (that showed art-films and not only Hollywood blockbusters), a bookstore with a good selection of English books, – and it was the only place, for a LONG while that you could get any imported foods at in the Tsukuba area.

But alas, all thing must pass, and even the mightiest (as Seibu once was among department stores) must fade.

First Lala Garden, a small shopping center, opened not very far away. Then the giant Iias Shopping Mall near the new City Office, then the Tsuchiura Aeon Mall (about a 15 minute drive from Seibu) and then another Aeon Mall in the south of Tsukuba.

Seibu is no longer the sun around which Tsukuba`s shopping revolves- especially not young shoppers. In fact, its amazing that the place has even been able to stay in business (though I notice today that their posters and ads now say Seibu-Sogo, so maybe they had to merge to stay afloat.

And while it might not anymore be the symbol of conspicuous consumption in Tsukuba that it once was, for me, Tsukuba`s Seibu Department Store remains a palace of memory.

Going for lunch there, on the sixth floor always involves a flash-flood of images from the past passing before my mind`s eye.

Entering at the ground level- there I experienced for the first time the classic opening time greetings one receives at a Japanese department store- and back in the day, that was really something special. Customers would pass through a long tunnel of pretty. uniformed employees who bowed slightly and gracefully, calling out “IRASHAIMASE” with warm enthusiasm. Not realizing that the customer should just walk haughtily through this two sided phalanx- like the visiting royalty that the customer once was, in those early years I would jerkily bow this way and that returning the greetings of IRASHAIMASE to as many of the girls as I could, while trying not to trip over.

Heading for the escalator, I pass by all the counters of the ground floor department (DEPA CHIKA) where tasting sample were once so abundant that you didn`t have to buy lunch (of course it was only us foreign students who would do such a thing, of course!). Once this area had been like a thriving souk, filled from opening to closing with splurging customers. Now it is really a shadow of itself, and as I walk by I can only this of how those sales staff can stand there like that all day, with hardly anything to do.

Riding the escalator up to the 6th floor is like an archaeolgical excavtion of my life here in Tsukuba with each floor representing a different layer of memory that peels away as the moving metal stairs carry me upwards and a 45 degree angle.

As I rise – scenes come back – I  see things and hear things from the past as clearly as if it were happening right now in front of me – there is famous visiting professor I was interpreting for in the men`s-wear department. Absent-mindedly, the elderly scholar he looks as if he is about to try to go up the down-escalator. A Japanese student, my girlfriend at the time, tries to stop him by calling out his name- but can`t get by the first syllable – MAN- because in Japanese the professor emeritus` name means “pussy-lover – and she just can`t shout it out in such elegant surrounding. He takes a fall.